Showing posts from 2012
Show all

Finally got my hands on a Camaro... steering wheel 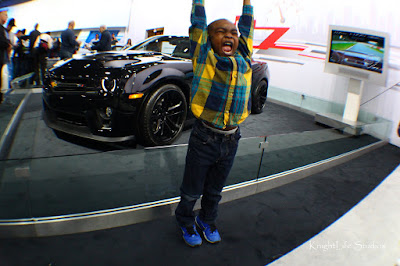 So, everyone pretty much knows that I've been stalking Camaro's ever since they were re-released in 2009. Yes, I was at the New York International Auto show in 2008 just to see the Bumble Bee Camaro. I cheered for the scene in Transformers when the old-school Camaro (2nd generation 1970s) turned into the concept/ new Camaro. I yell out Camaro when I see one-- like the old punch buggy game back in the day.  Up until today I've only seen them on the street, on a dealer display floor or parked in a lot.  I rarely saw them on the road in Connecticut -- blame that on the weather. But here in Raleigh, they're everywhere. So, I walked myself down to the local CarMax to test drive one. I was full of confidence.  and ready to go. Keep in mind two weeks ago I was denied  a test drive at this same Carmax because the car was supposedly getting ready to be transferred to another Carmax.      Anyway, I'll skip ahead to today's test drive. I was strictly going in for a t
Post a Comment
Don't stop here, ...Read more »

OK, So for a moment I'd like to divert attention away from the pictures that I take of my family and travels. So, somehow I ran across this article in the Huffington post . I clicked on the link to the Library of Congress Flickr page and probably spent a couple of hours just looking at these n amazement. onto something that I ran across recently.   This collection has than 16-hundred images from Pre-World War II America. (clicking one of the pictures will take you to the Flickr page) I wasn't sure what I was looking for when I opened up the Flickr Collection.. but I was amazed. I guess you can say that i love history. That might be one reason why I like to take pictures and blog. All of this becomes part of history. It's more so evident from this time period because of the amount of pictures that were taken. Today we can take a picture with our phone, DSLR, compact camera, iPad, or Computer and post them instantly for everyone to see. There is something more myster
Post a Comment
Don't stop here, ...Read more »

Pullen Park: A Diamond in the Ruff 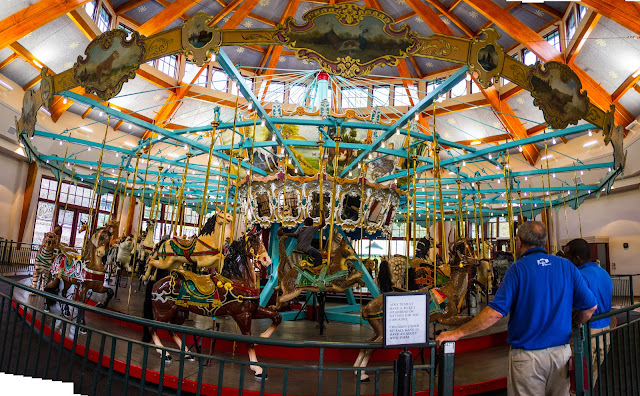 Ok, So Pullen Park may be the best part that I've ever been to. That's saying a lot. But this park -- while it may be down the street from a prison.. and bordering a college campus-- is awesome. I've been to a lot of parks with Ethan. I've never seen his eyes light up so much for a park like it did for this one. Then I found out how much it costs-- and I was happy.       To give you an idea, there is a working train, carousel, playscape for the kids and my favorite-- paddle boats. I haven't seen paddle boats at a park in a very very long time. So maybe it was half excitement, half nostalgia for me. But, you can't beat one dollar tickets for train and carousel rides. Six dollars is even understandable for the paddle boats. Oh, and I forgot they also have kiddie boats. I can't believe I've been here for four weeks and I'm just now discovering this gem. I hope you enjoy the pictures. By the way this is also an awesome place for a photo-shoot.
Post a Comment
Don't stop here, ...Read more » 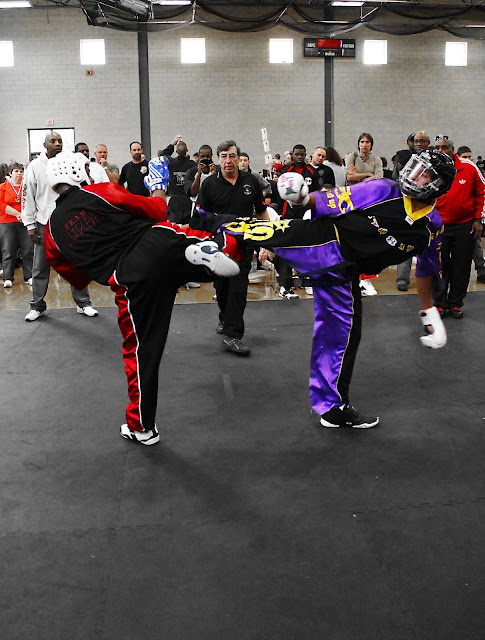 Here are some pictures from Bashta's Nutmeg State Nationals 2012. It was a huge turnout with some great martial artists. Most of this was shot with a canon kit lens and a 70-300mm lens. I'll be hoping to upgrade those really soon. I'll do another post with the board breaking shots soon.        If you can't get enough of these pictures check out this flickr slideshow.
Post a Comment
Don't stop here, ...Read more »
More posts