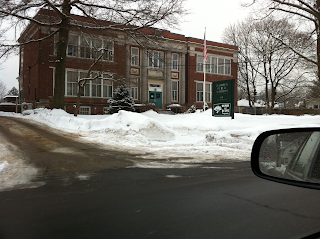 I'm learning a little more this week about school lotteries. Don't believe what you see on tv. Apparently all parents think a like-- wanting their child to go to the best school get a good education and have a successful life. They at least want their kids to have the opportunity.. What they do with depends on their and your effort. Anyway, there aren't that many great schools out there even here in Connecticut. There are huge gaps in education quality. That leads to a flood of applications to so-called magnet schools from parents trying to jump start a child's future... Investing a lil time and prays in their kids. So instead of deciding on a first come first serve basis some schools hold lotteries. Sounds dun right. Well there is no ticket, no balls drop, your number won't get called, no waiting a
In a gymatorium with other anxious or angey parents and your kid won't be an instant millionaire/ genius. (or at least that's what I've seen on tv). Instead the process here is computer generated. That means you get a letter in two months. Saying you r in or out. Where is their sense of drama? I would've rented a clone and circus elephant. I'll let you know how it goes.
Jason Knight

"I press toward the mark for the prize of the high calling of God in Christ Jesus."
college education Hamden hope lottery school