January 05, 2014
I don't think I'll get yelled at by too many people for this.. But I decided to take my Camera Completely apart to fix a problem inside. OK, relax -- It was my dad's 20 year old  EOS 630. It wasn't a 70D, 5D or 1DX. This camera is the very first SLR that I learned to take pictures on. So its pretty special to me. I''l probably never junk it...or sell it on EBay. So, It's been hanging around in the back of a closet somewhere collecting dust. But the digital camera age isn't the only thing that killed this camera. It's the battery drain issue. You can put a brand new 10 dollar battery in this thing.. and it'll be dead the next morning. I did some research and found a write up below on how to fix it. I also tried to record a video of the fix. This is from ...
I've shortened the directions on how to fix it just a tad.. but here you go: 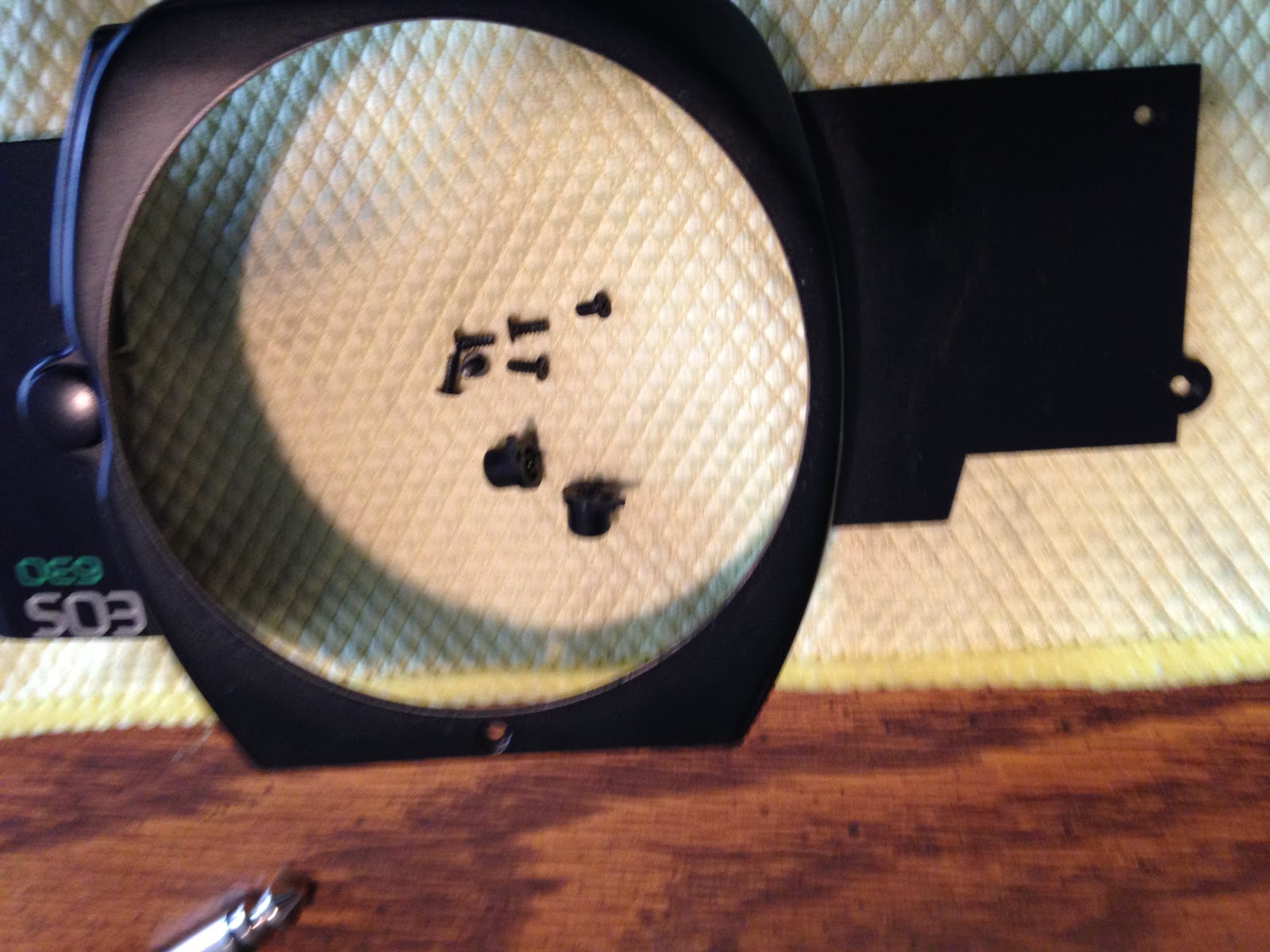 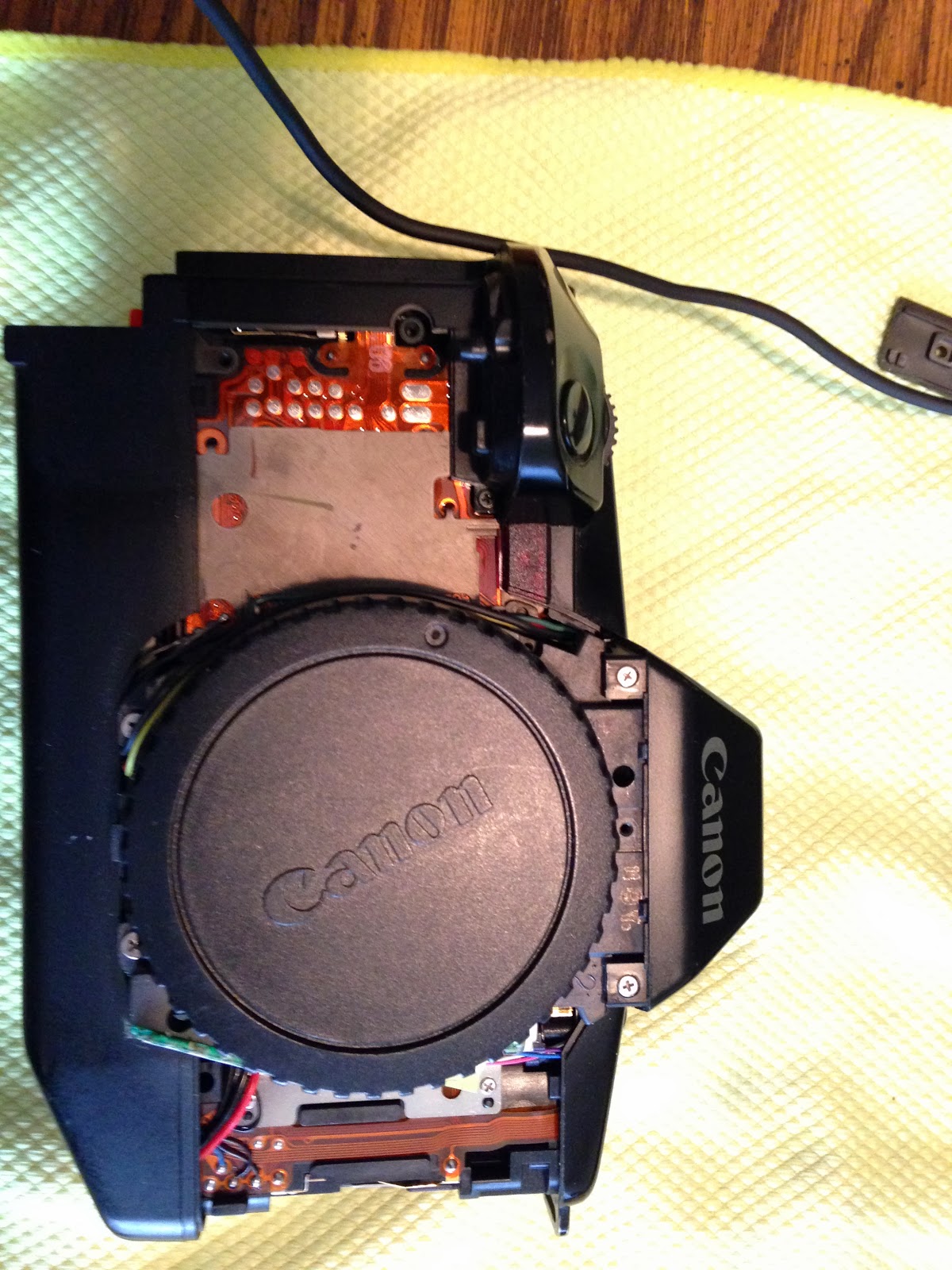 Here's a link to the original directions on PopPhoto

This is a common problem on the EOS 630 and the EOS RT.One theory is that the backlight, which is always connected to power, is a capacitor that eventually decomposes and starts turning into a resistor.The 'repair' is to just cut the wire that goes to the backlight. This fix should stop the battery drain, but won't fix your backlight.

3) Remove the front cover - six screws.  There are two buttons that will most likely fall out 6) Clip the black wire and the white wire at their solder points.

7) put a piece of tape over the end, of the black and white wires.
8) Put the tripod mount back on
9) Put the bottom back on
10) Put the front cover back on. Look at the flat spots on the buttons,
the M button goes on bottom.
11) Put latch cover on. This is tricky. The release button has a groove that fits into the release slider, and then the button goes on top of the spring that goes on top of the post.
12) Put the battery in
13) Put the grip on