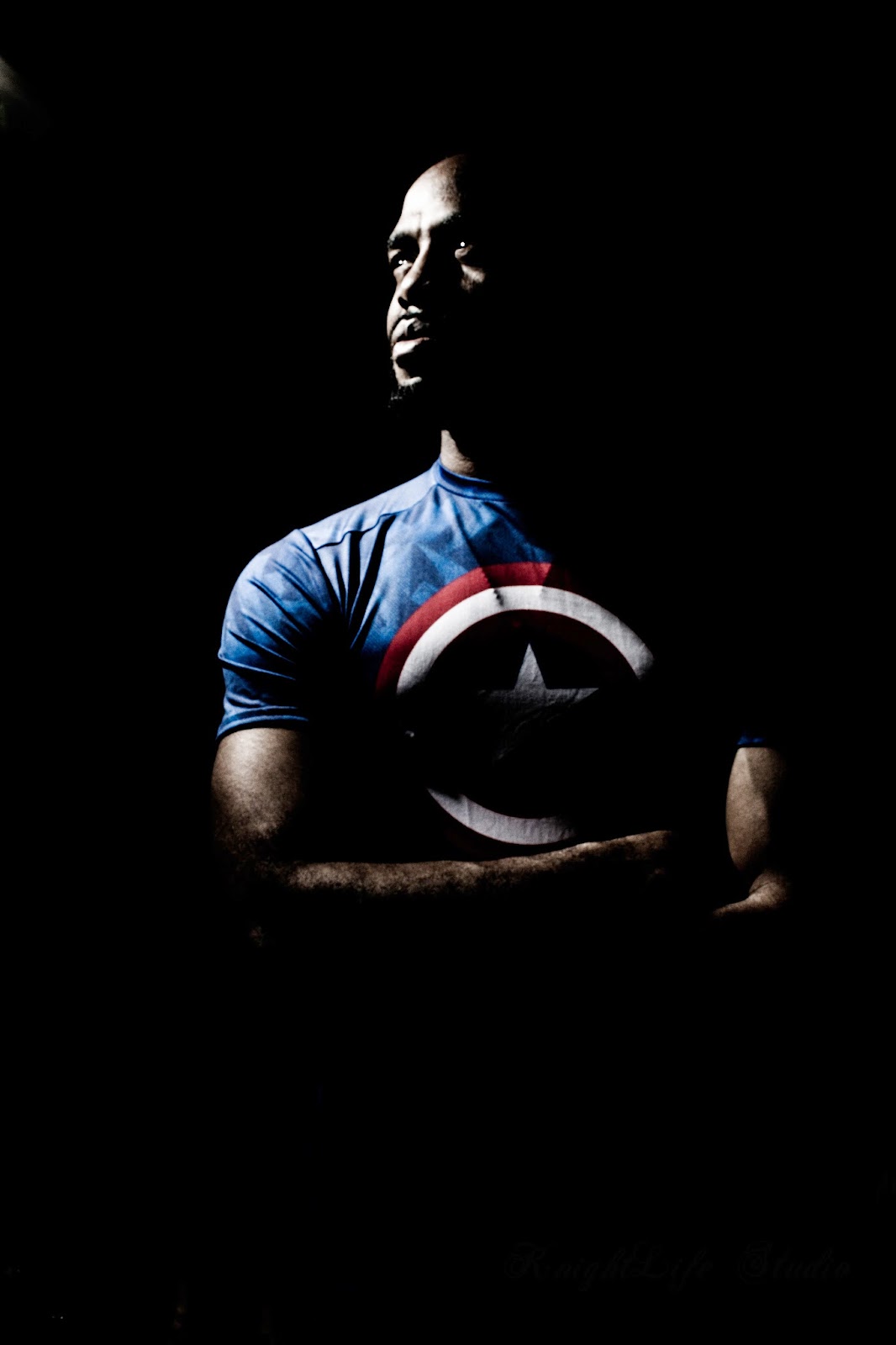 It is time for me to release all of my thoughts about the Inaugural Rock 'N' Roll Marathon/Half marathon so I can stop talking about it everywhere I go. It's been almost a week and the marathon is all I talk about-  just ask some of my co-workers. To be honest, I kind of went through runners withdrawal mostly because I didn't have another race lined up. So, without a goal.. I kind of felt empty. But I'm fine now. I've narrowed my search down to a few races - To Be announced Later.  Plus, now I'm helping my wife reach her personal goal. 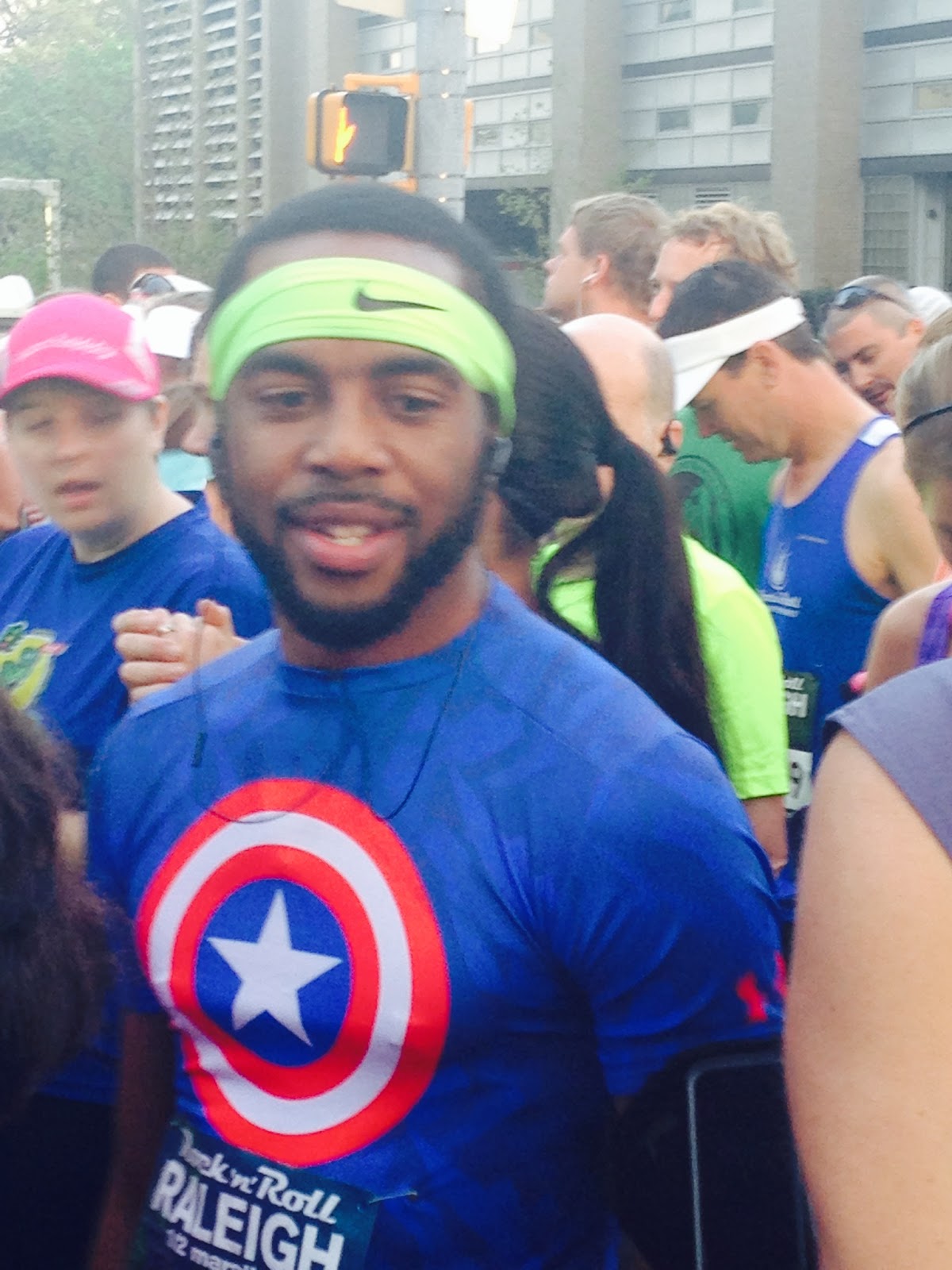 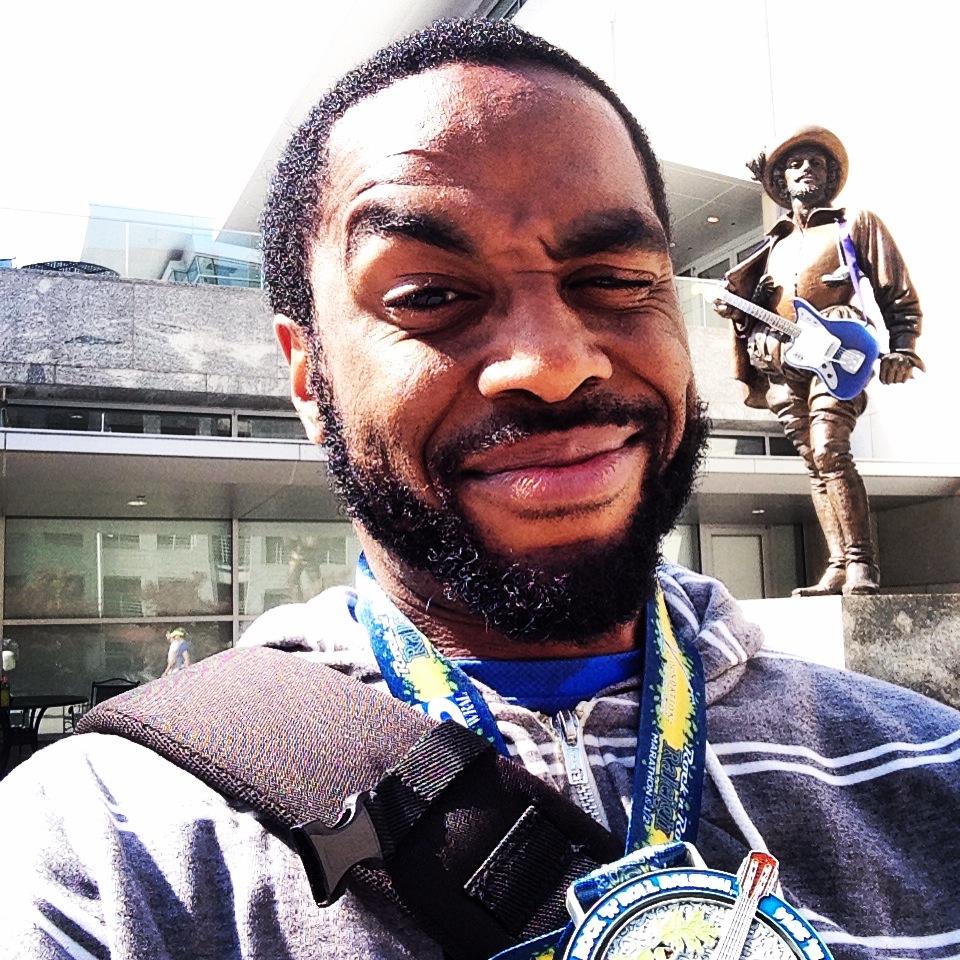 So, let's talk about the race. I think I almost didn't make it to the start line. There was so much traffic headed into downtown Raleigh that traffic was backed up onto Capital boulevard. One small thing played in my favor. There was a RPD patrol car blocking the Peace Street exit. Most of the people trying to get a parking spot at 6 o'clock in the morning didn't notice that that patrol car wasn't blocking the Right lane. So, I jumped in the right lane and sailed right into a parking garage. It's funny because a few daring drivers jumped in behind me, but their nerves got the best of them.. and they eventually tried to squeeze their way back into the line of drones.. following each other into the dark of the city. (wow that was a weird un-characteristic phrase.) 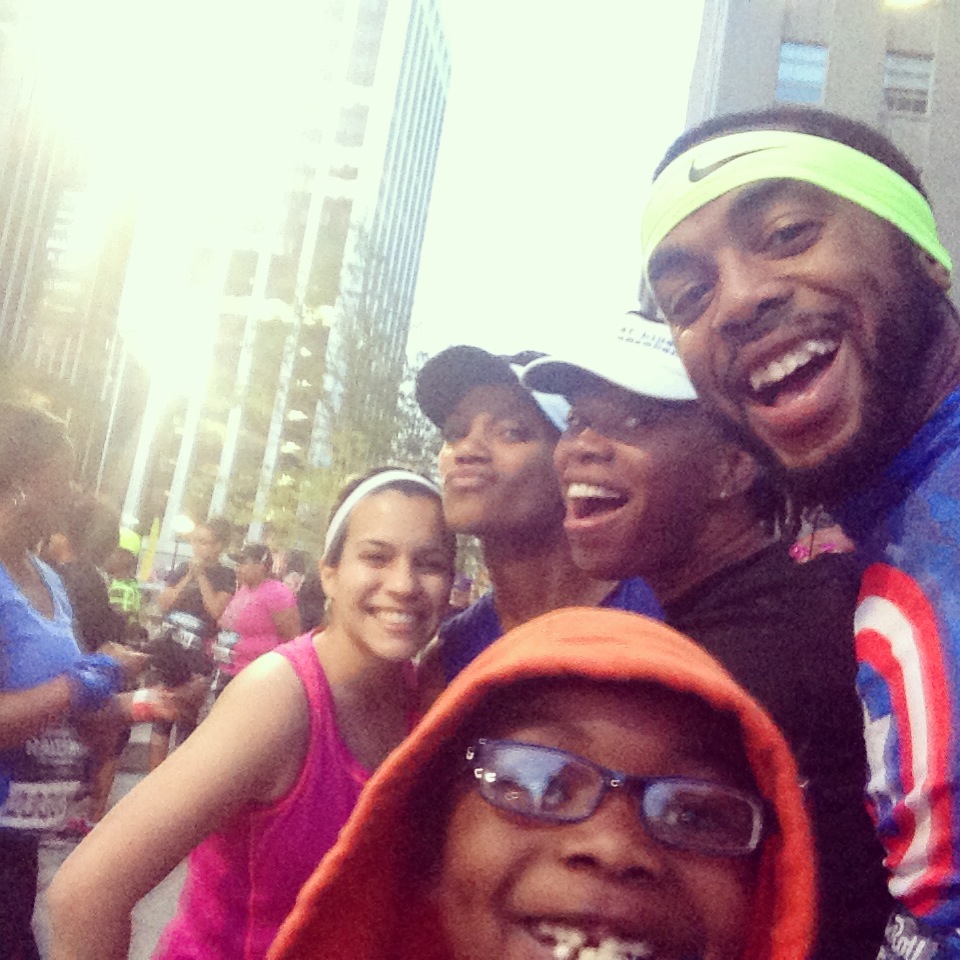 Honestly, I was so nervous going into this race.. that I failed to take any pre-race pictures. The camera didn't even come out of the bag. Seriously -- do you realize how either focused or anxious I must have been? I made it to the corral area in time to take a pre-race picture with some of my co-workers.. but again... I only used my cell phone. I still had a who half an hour before the actual race... and what did I do? -- wait around nervously. I was out of character. 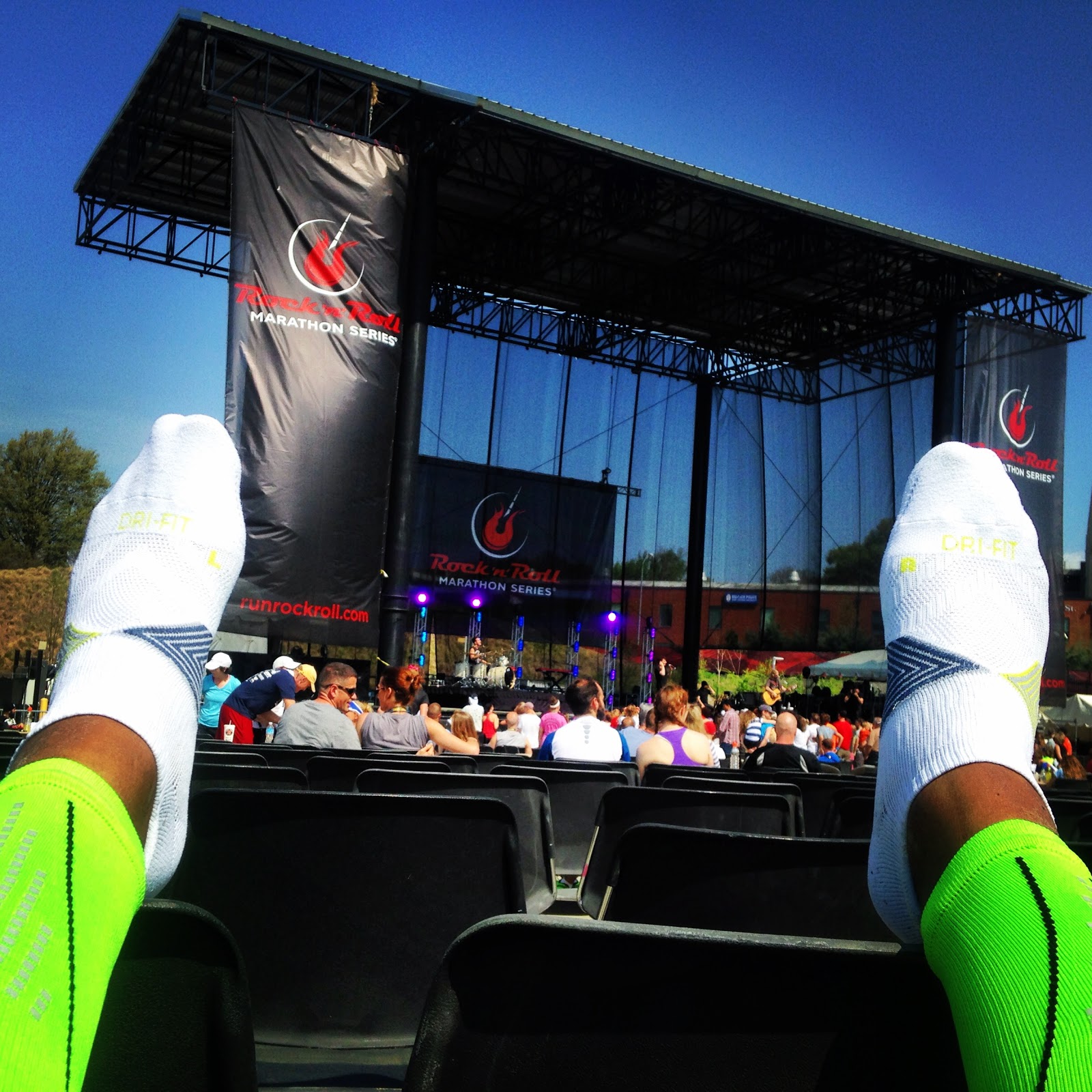 Anyway fast-forward to race time. The moment that I trained 8 weeks for. Until two months ago, I hadn't run more than a 5k. I hadn't run for more than 45 minutes at a time.. and most of that was a walk. So, here I am about to make Jay Knight history .. and I have to go to the bathroom. way too late to find a porta potty.... so I tough it out and stay in the race. To my surprise.. there were plenty of portable bathrooms along the route... most of them were near the water stations or band stands. Believe me... I thought about stopping at each one. But, I think it was just nerves again... because I was able to make it though the whole race. -- just a minor distraction.. and motivation to finish.
Speaking of motivation.. there were plenty of awesome signs along they way.... people, kids begging for high fives, and a man in a banana suit that kept skipping his way around the course to cheer us on... mostly by staying close to the heart of downtown. 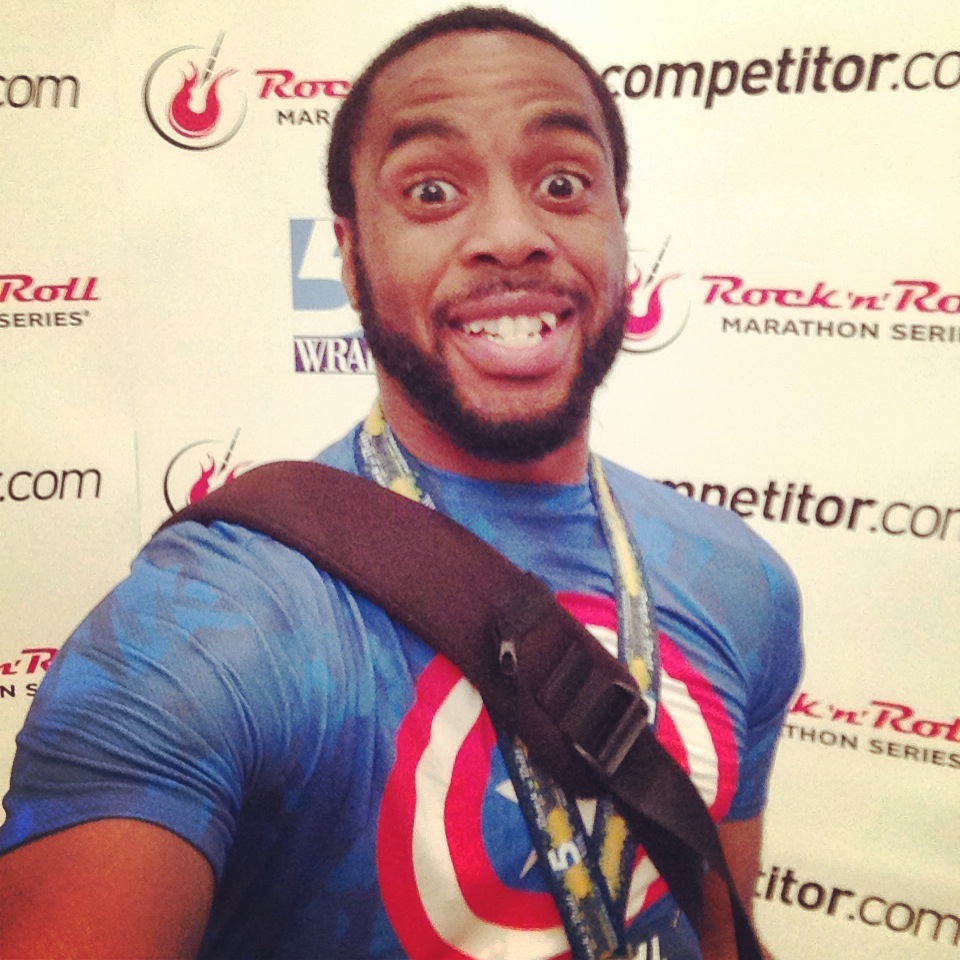 As part of my competitiveness.. and anxiousness... I trained on part of the race course. I ran all the way up and down peace Street.... I ran up and down the Dorthea Dix Hill.. and the Chavis Park Hill.... So I knew what I was in for... or so I thought. There were two hills that completely caught me off guard. There was a hill just before we came out of the Oakwood neighborhood.. that forced even some of the strongest willed runners to slow down and walk. I did the whole... Slow and steady routine early in the race.. and planned to kick it up a notch later in the race. 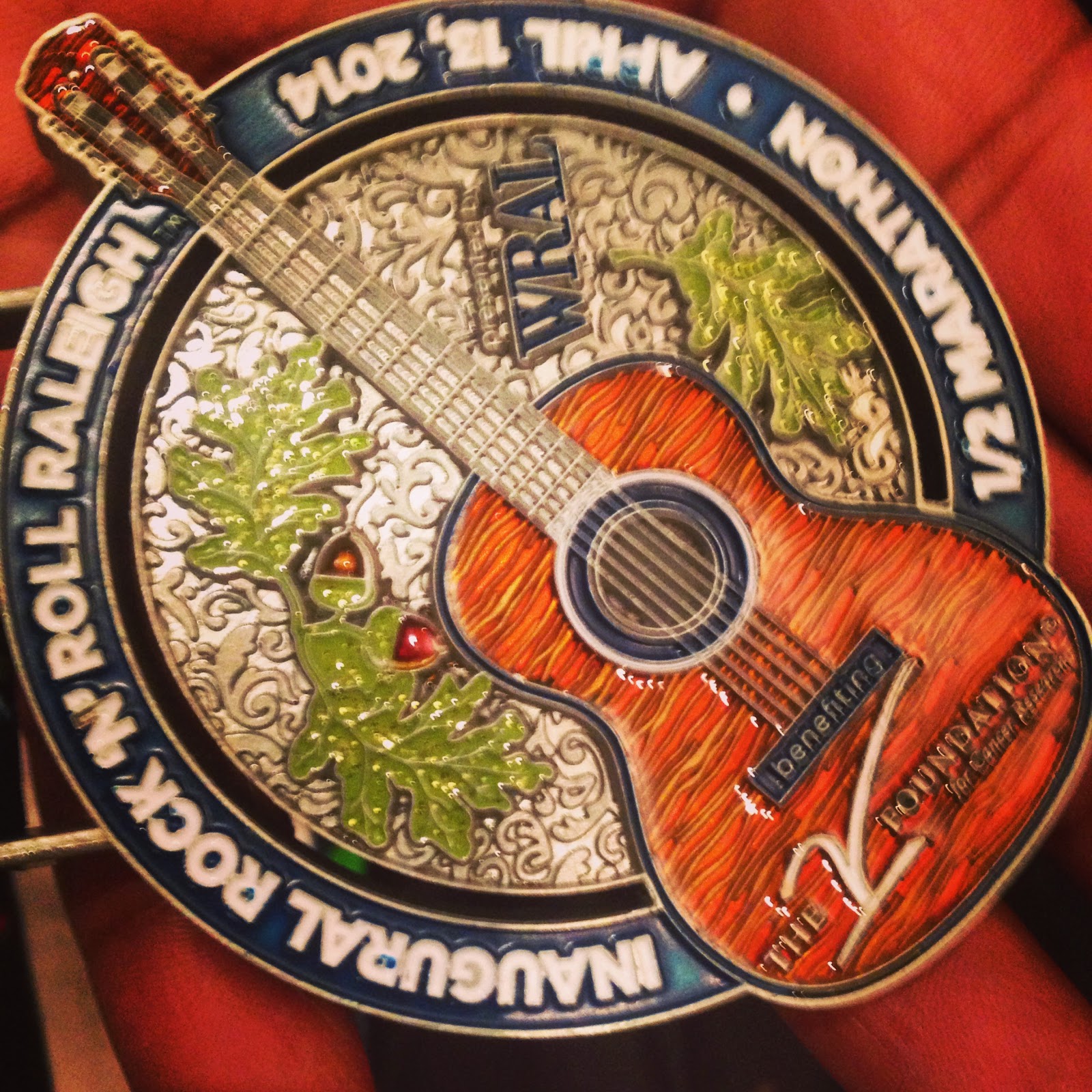 Like I said.. next up .. the endless hills of Peace Street. I would like to give that street a "peace" of my mind. By the Time we made it to Western Boulevard... I think we all felt like a prize fighter on the ropes... getting toyed with in the 6th round by an even bigger opponent. But we had the bands and the people in our corner. The Dorthea Dix hill was not pretty. I apologize to anyone around me. I honestly thought it was the last big hill..But it wasn't. It was the last tall hill.. but there was another steep hill challenge ahead. But, before I move on I must mention the Amazing 11th mile tribute to our fallen soldiers. On the down hill in Dorthea Dix.. we began to see the pictures of soldiers killed in Afghanistan and Iraq. Many of them in their fatigues, others dressed as civilians, holding babies, kissing their wives or girlfriends. Their sacrifices for our freedom and the freedom of others living in countries half way around the world. Immediately following those pictures... where their families, their children, some looked like veterans, some looked like boy scouts, mothers, sisters and friends. I saluted them all. It didn't matter how much I slowed down. They deserved our respect. It literally brought a tear to my eyes. 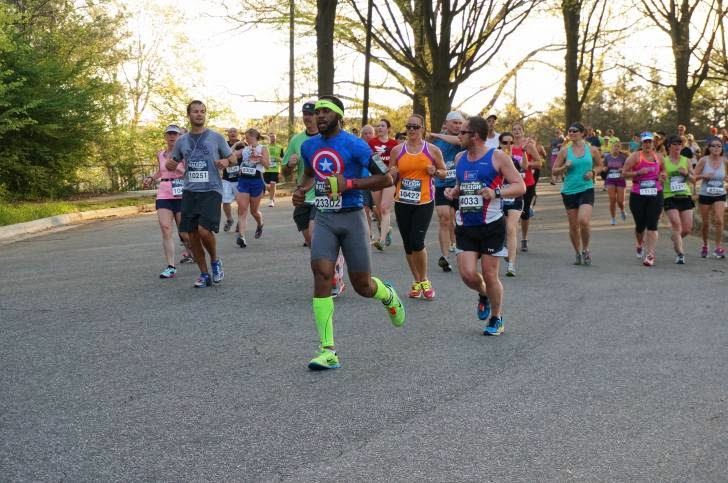 Then on that last hill, I passed something I never thought I'd see that day. One of the runners ahead of my had collapsed. He did not make it to the finish line and would not be revived. My thoughts and prayers are still with the family of that man ... and those who stopped to help. Most of us were ushered off of the regular course and onto the sidewalk... and on to the rest of the race. 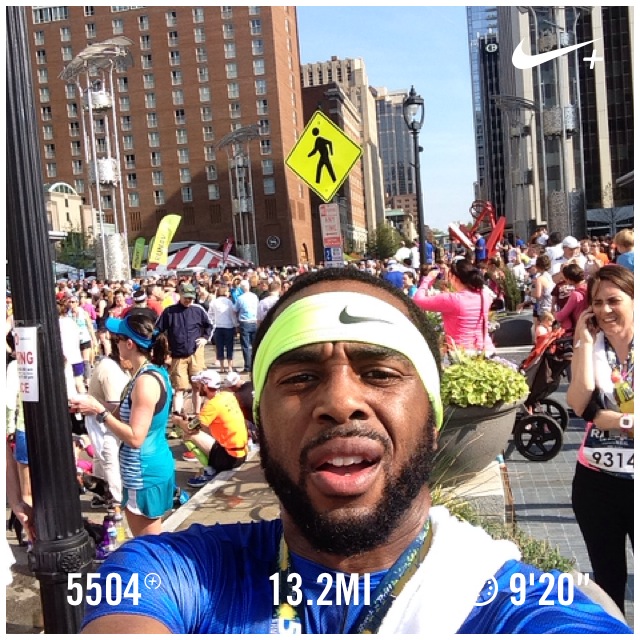 Honestly I don't remember much after that. My Nike+ app tells me that I really slowed down after that last hill and just before mile 12 until the final half mile of the race.
I'm sure that I sprinted the all of Fayetteville street. maybe I shouldn't have done that. But I did have some energy left.
After the race it was pretty awesome.. chocolate milk, pizza, bananas, energy bars and gatorade. The chocolate milk was the best. My brain kind of woke up after drinking that. 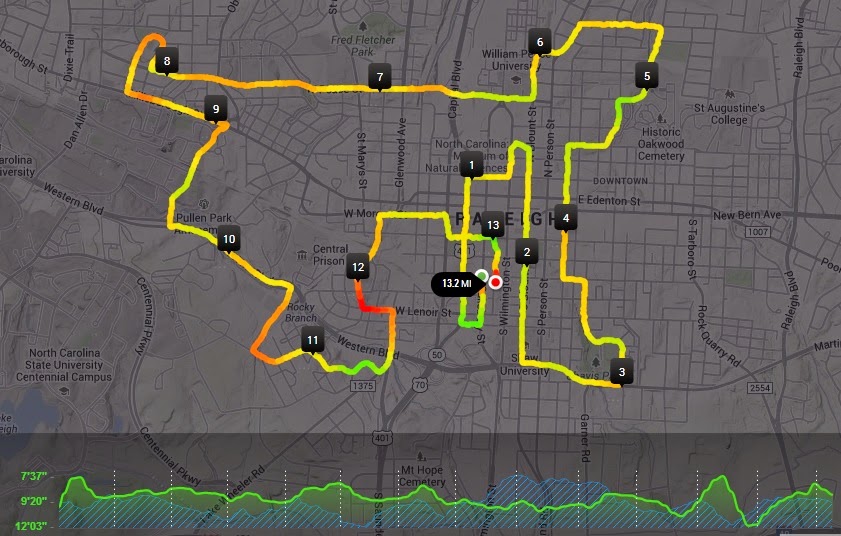 I absolutely want to do another half marathon. I think that's my sweet spot. I'm not ready to jump into full marathons just yet. I still haven't officially done a 10K. So, I need to get one of those under my belt. Don't worry. I will most definitely keep you updated on the next race. 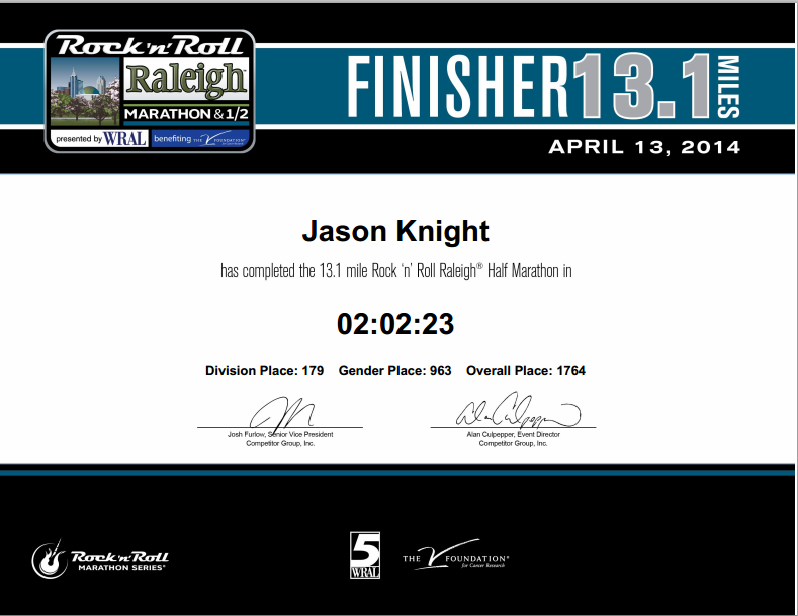 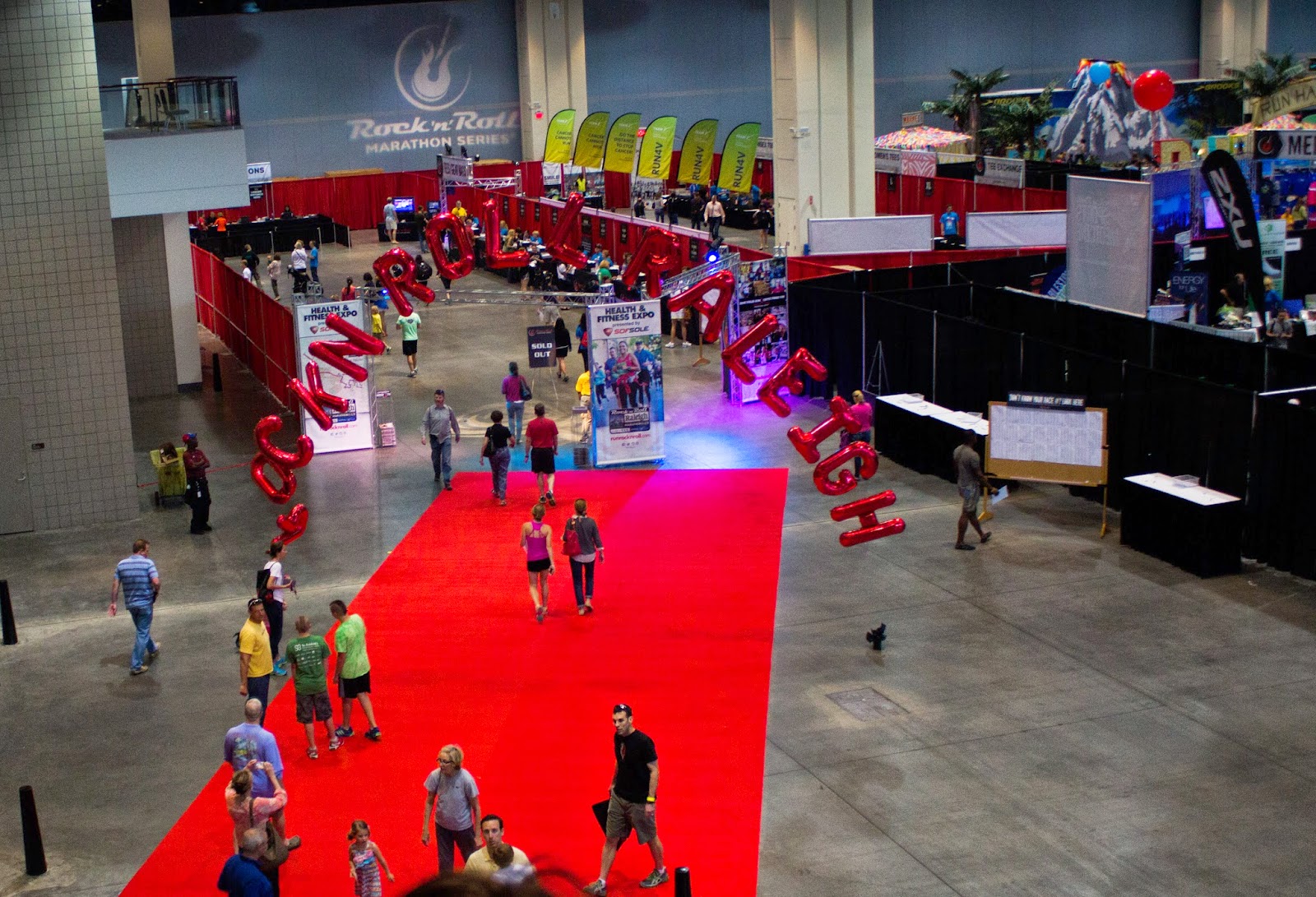 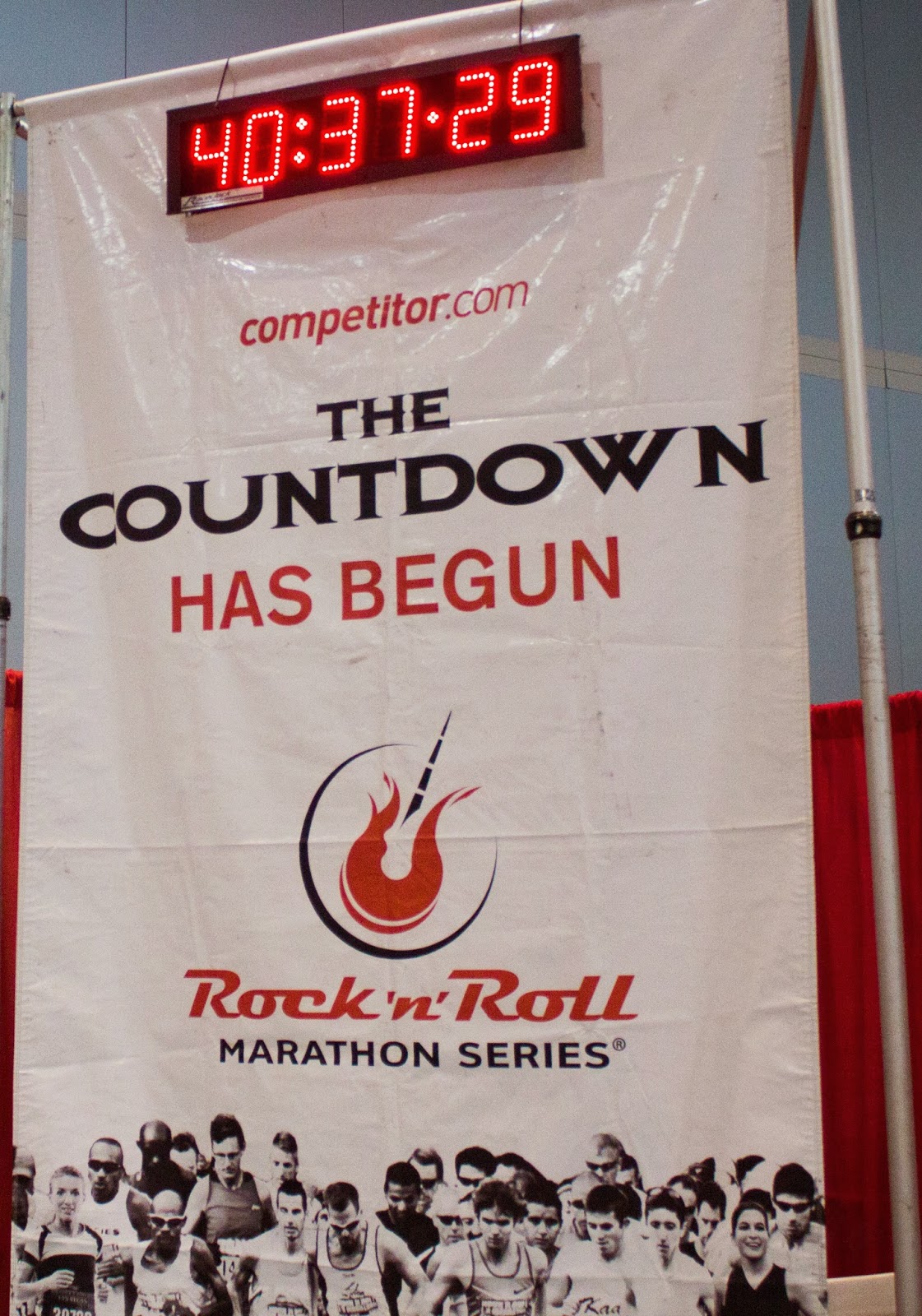 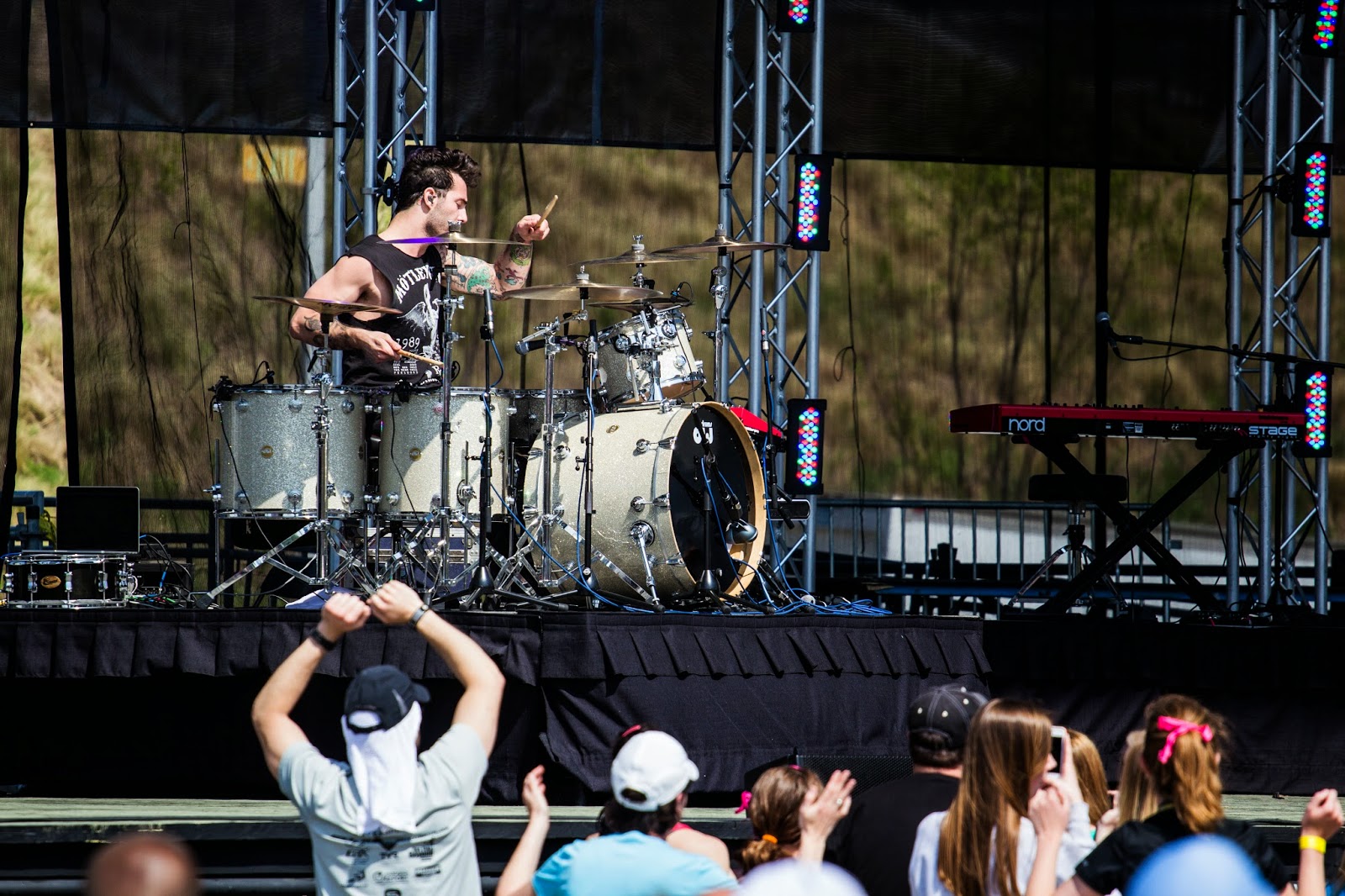 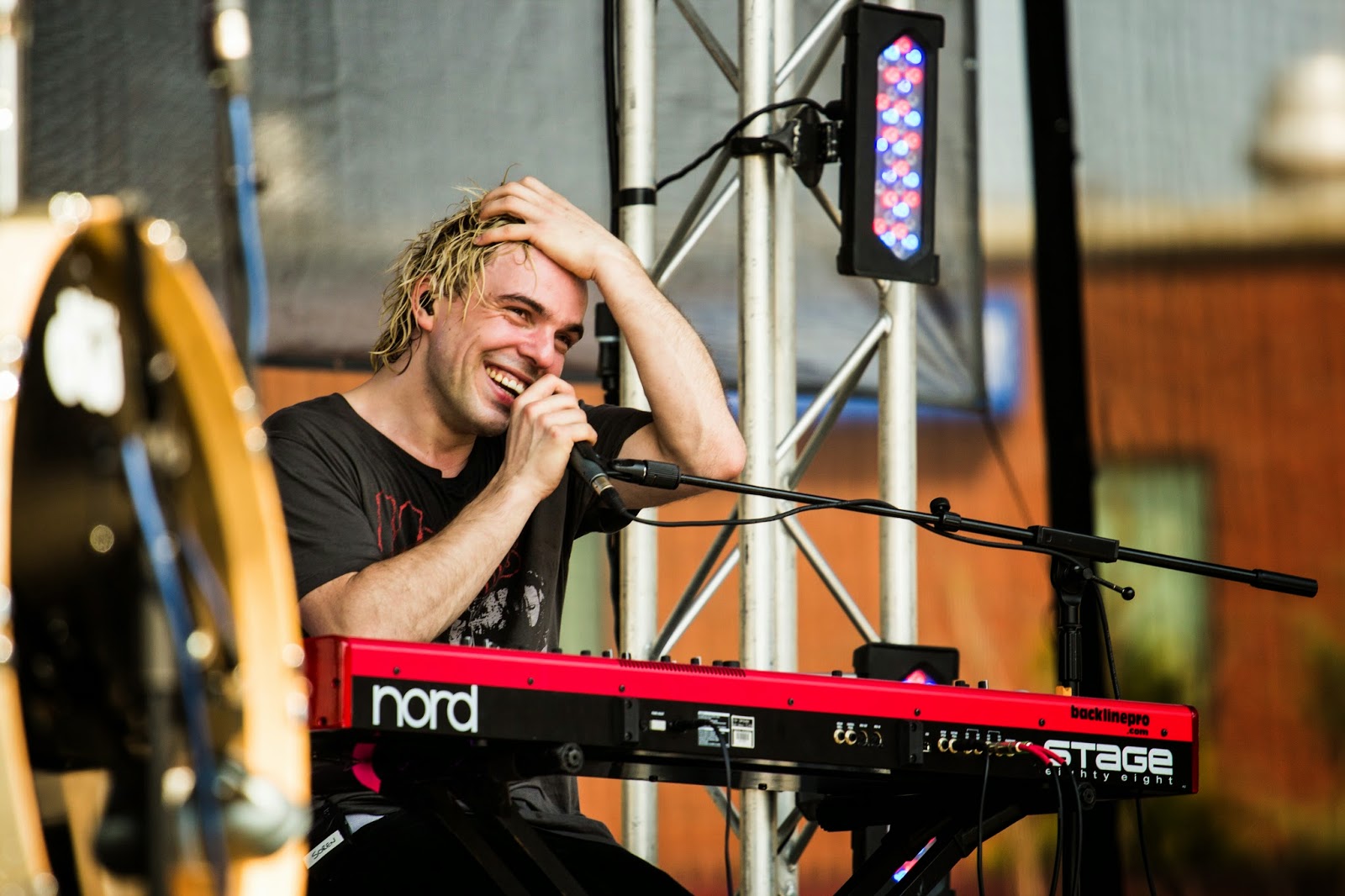 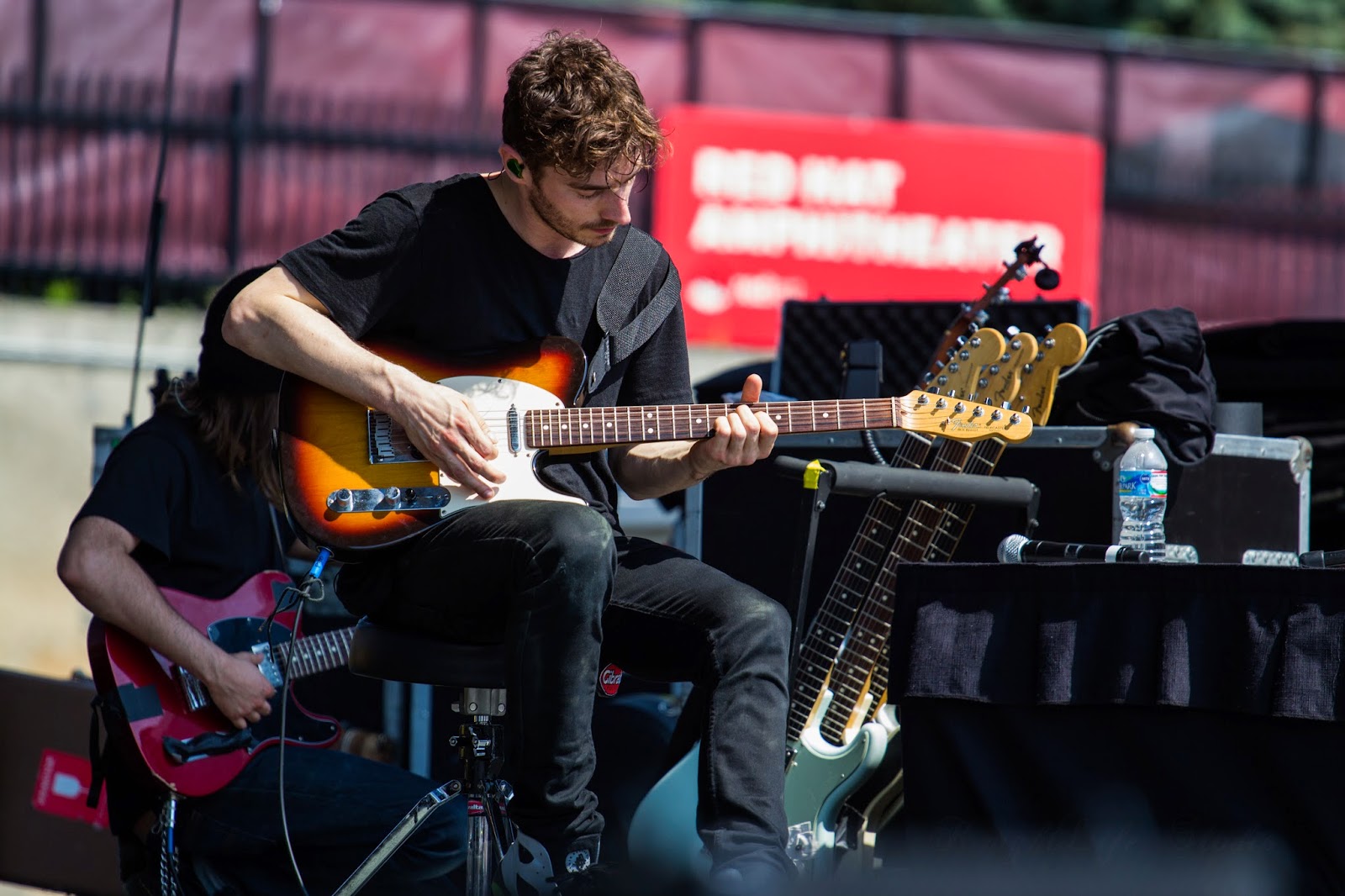 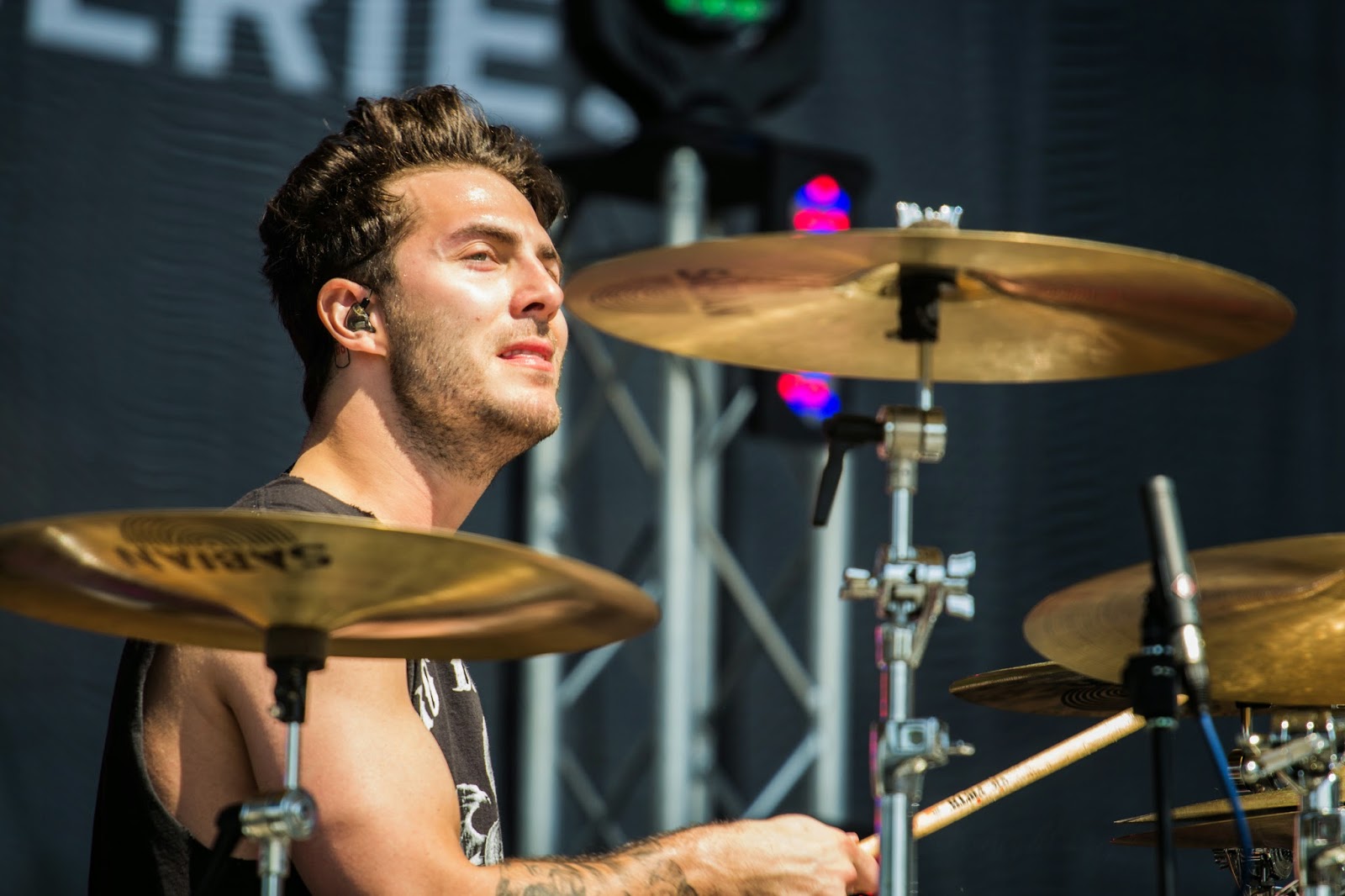 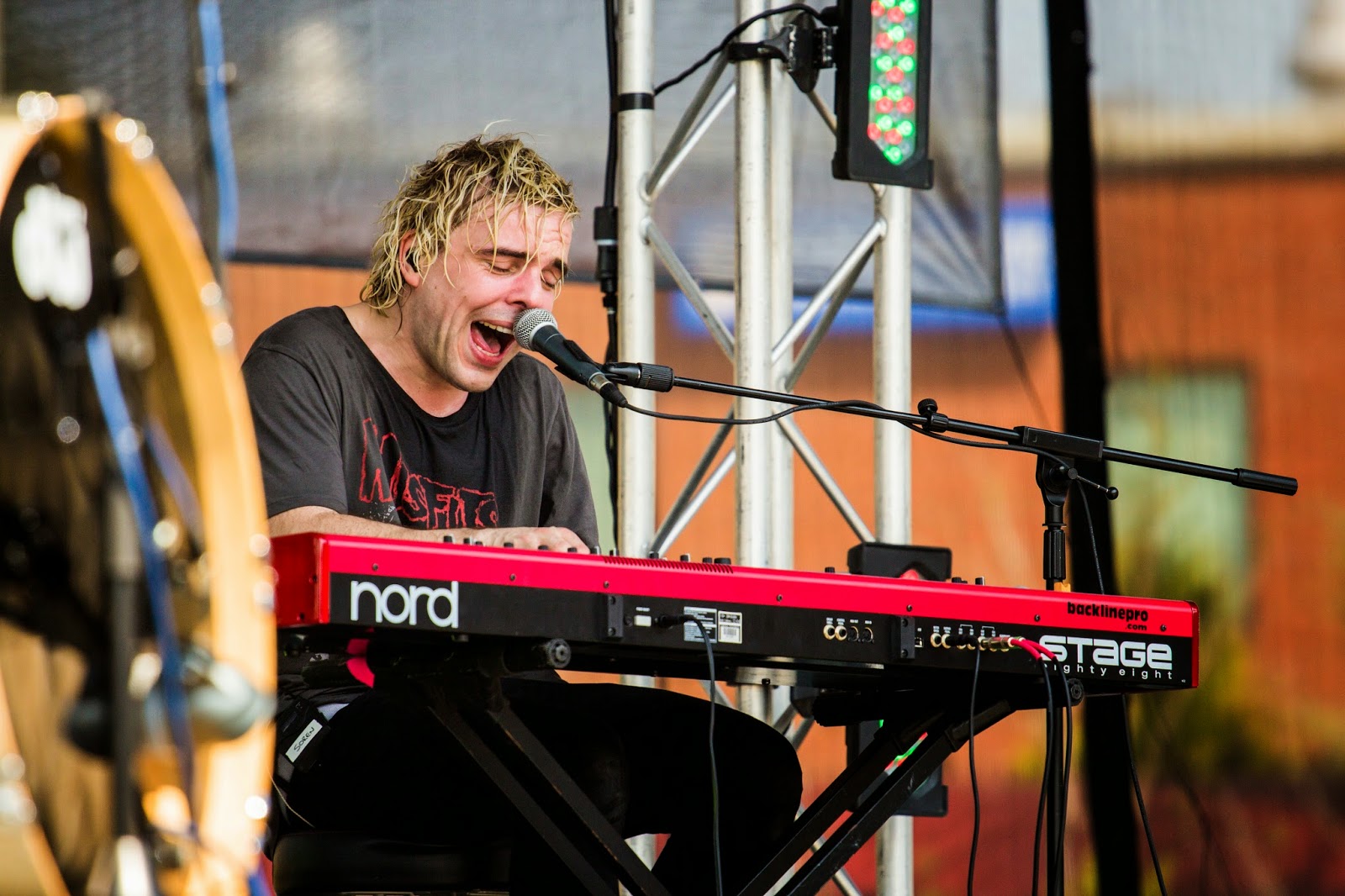 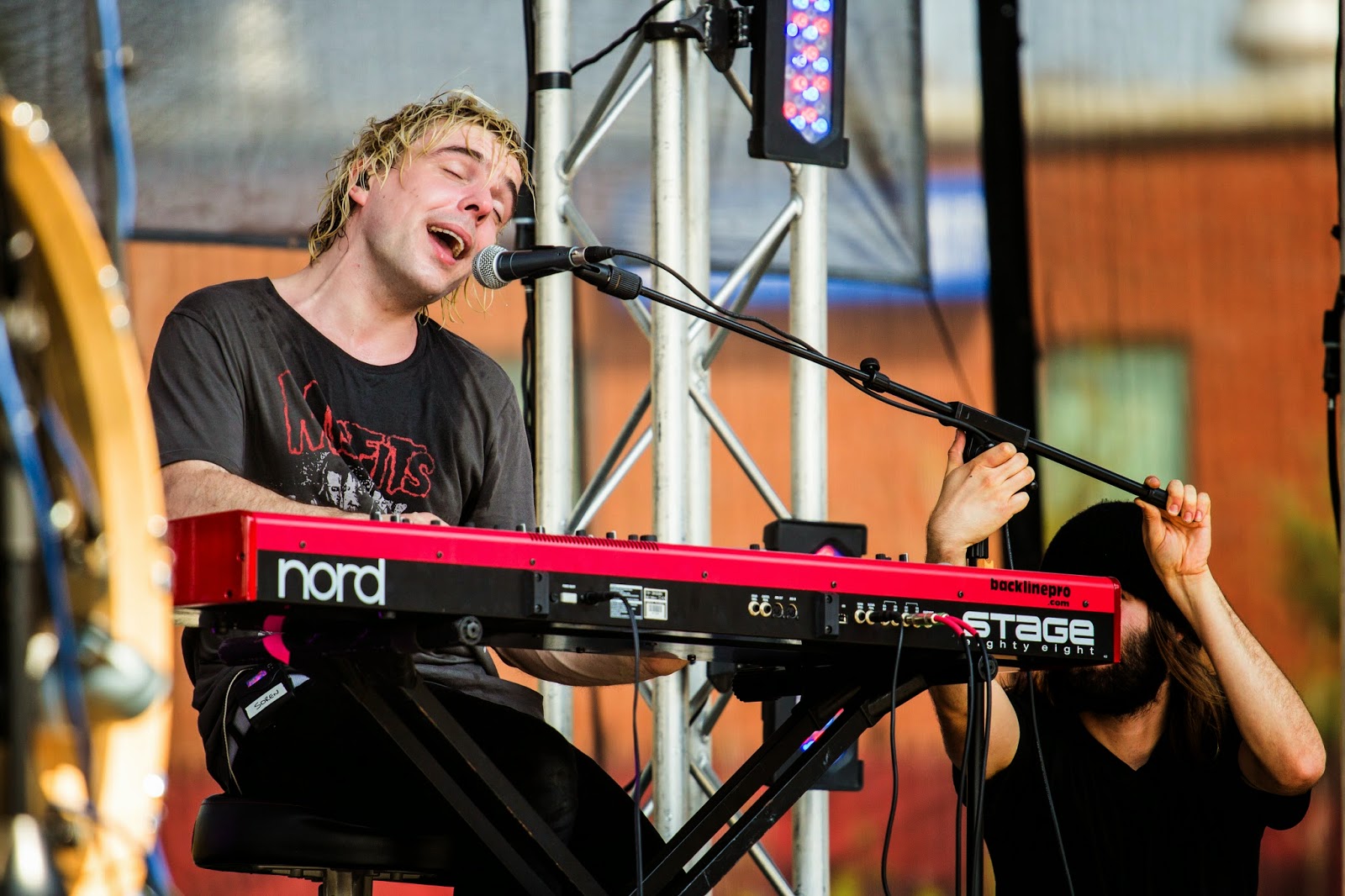 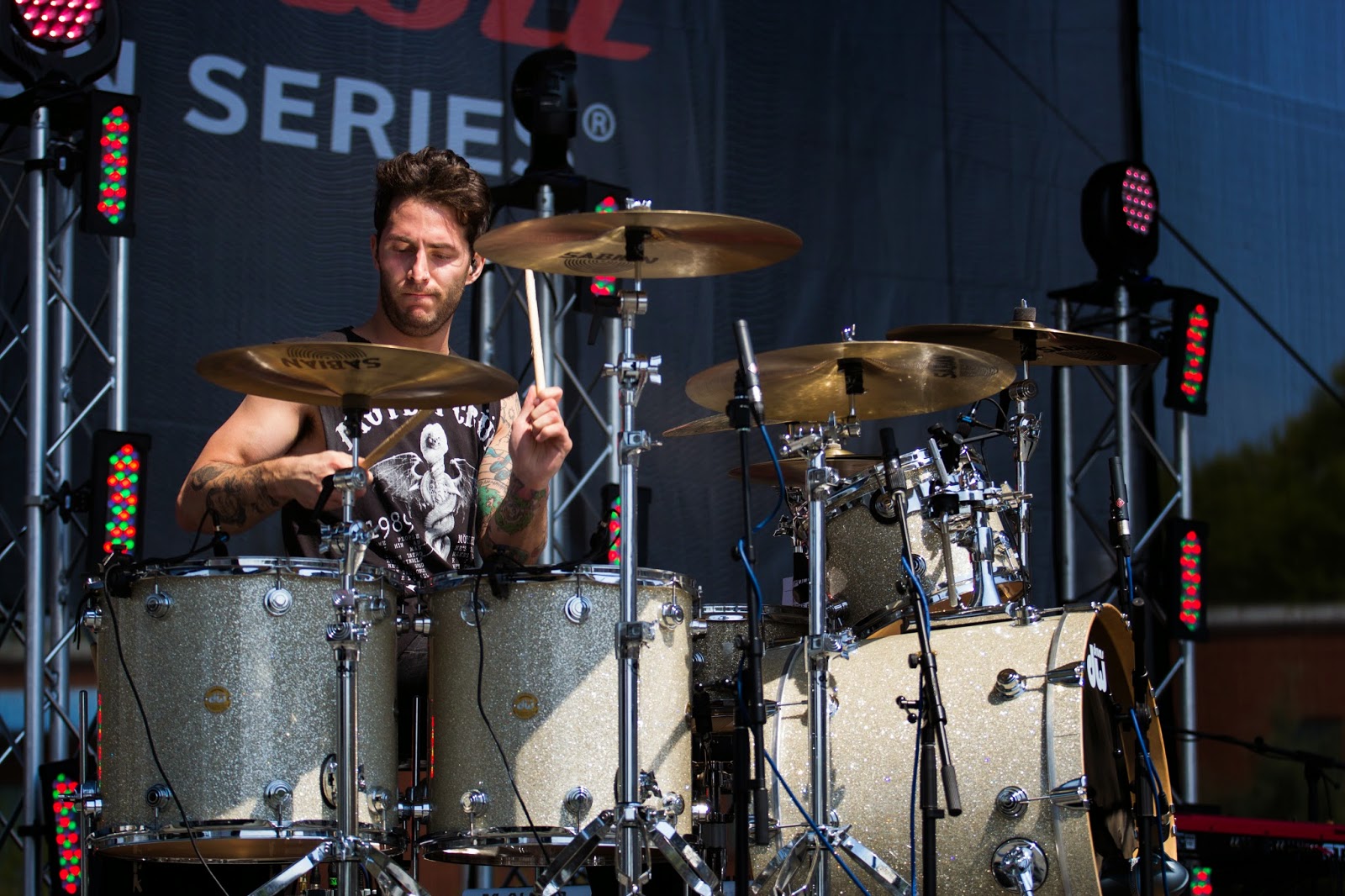 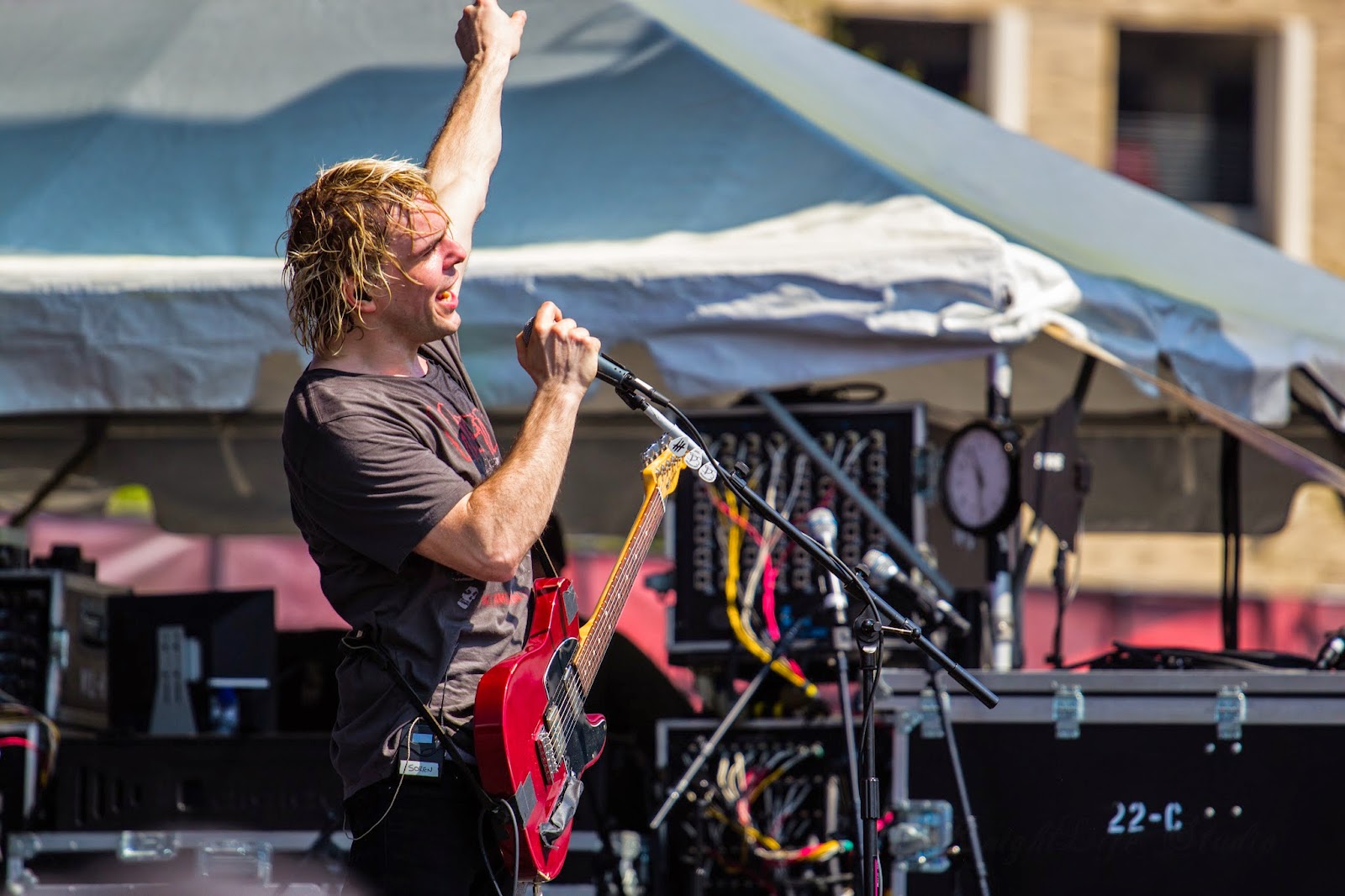 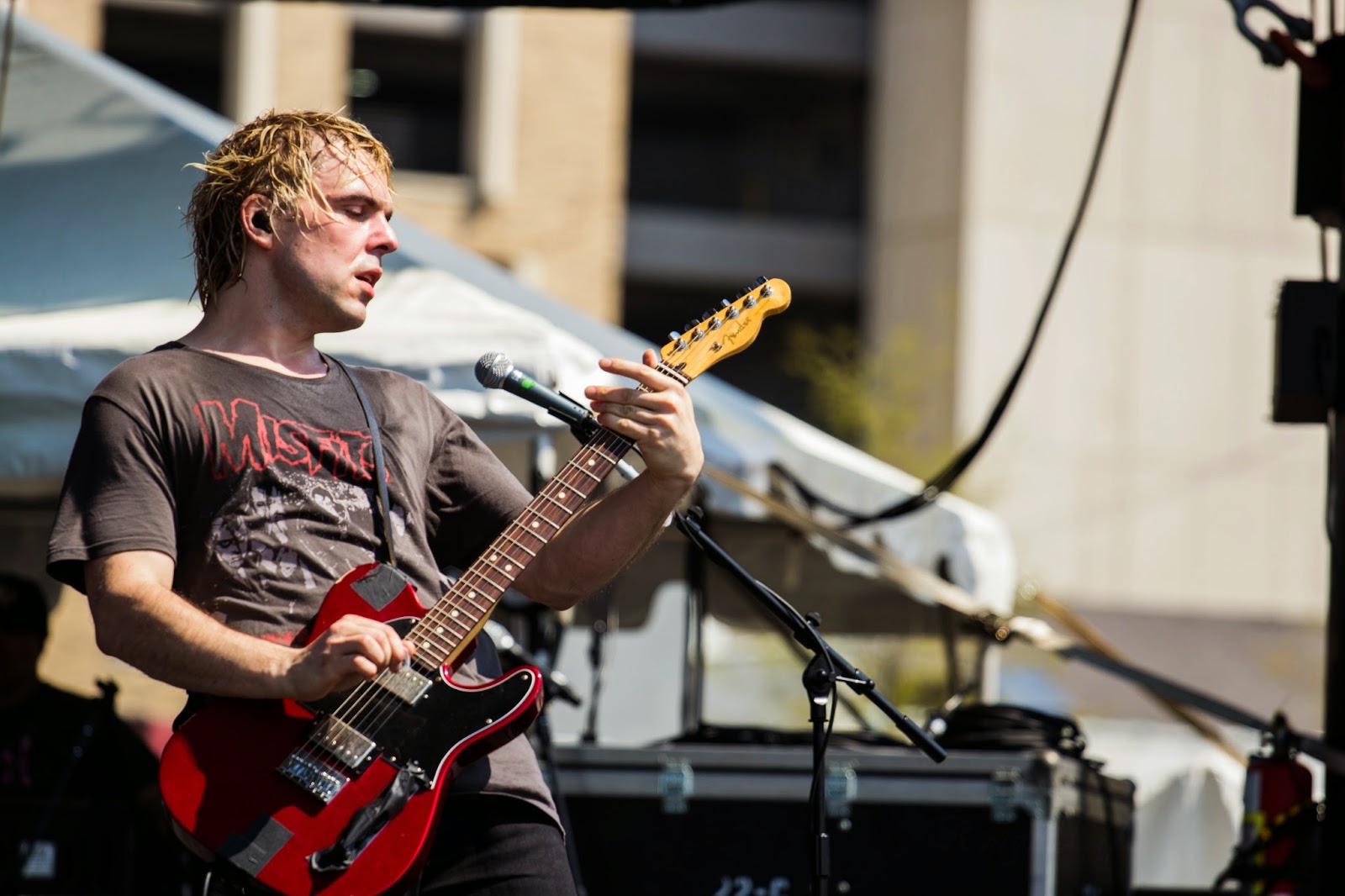 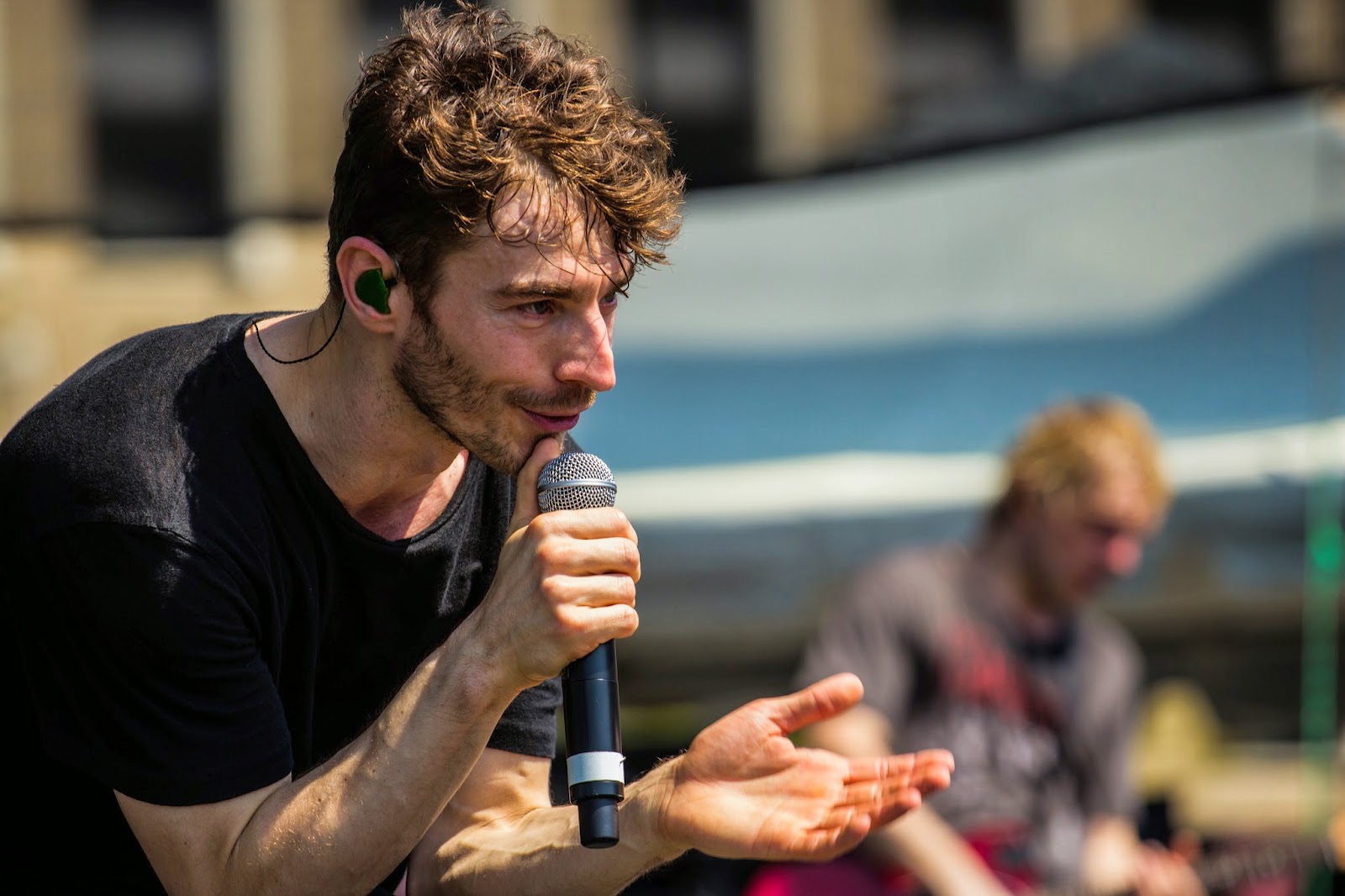 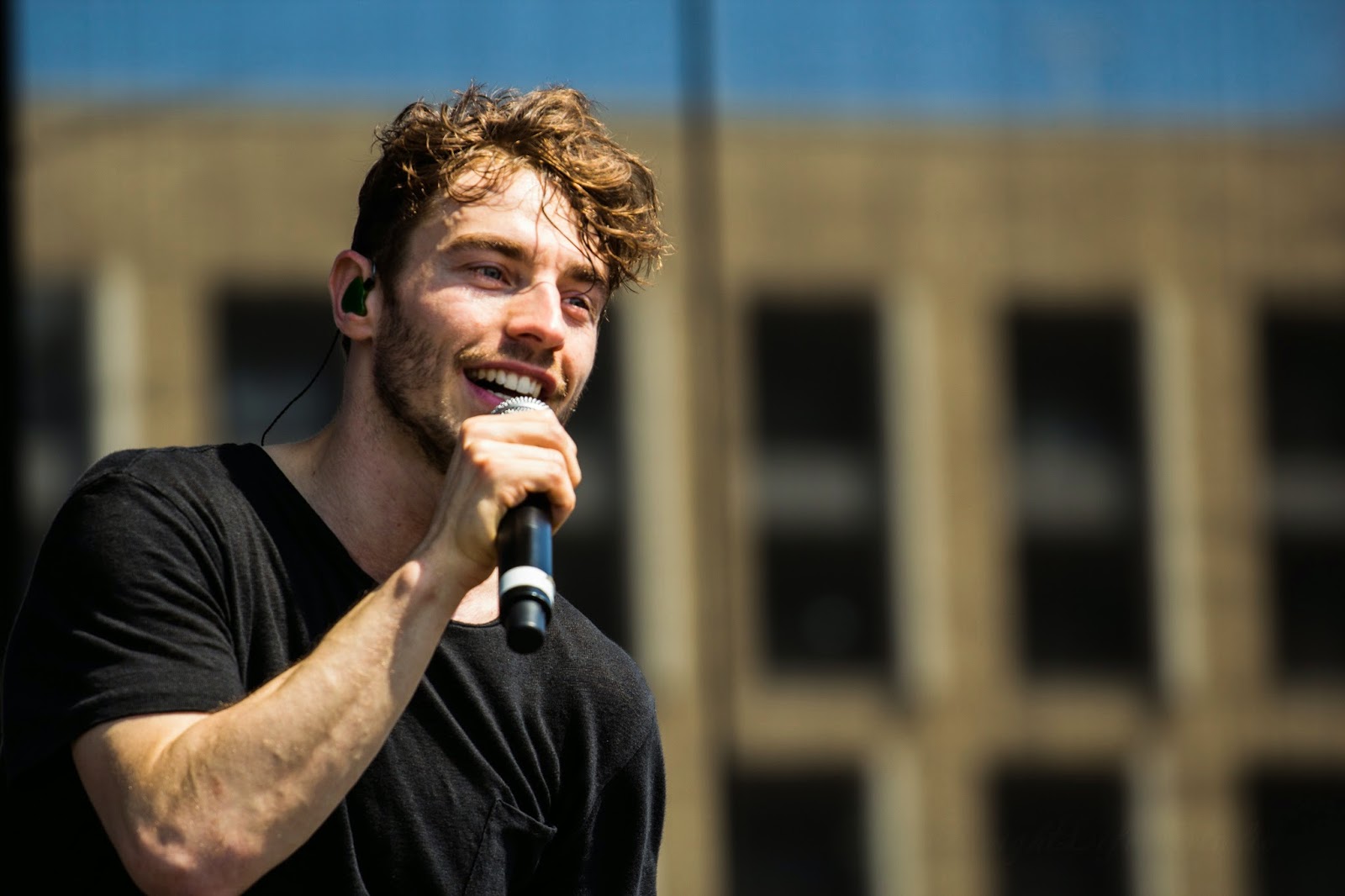 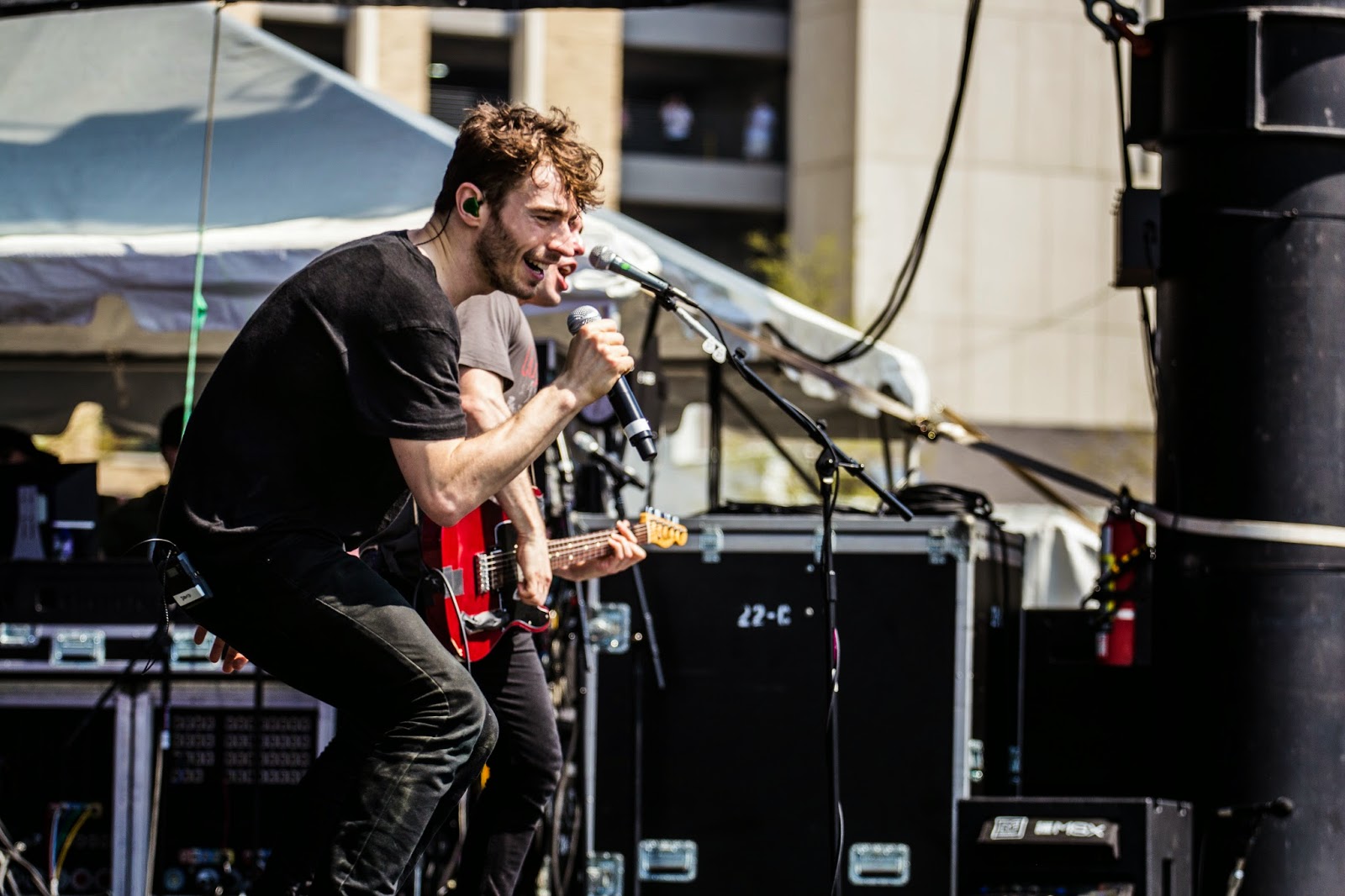 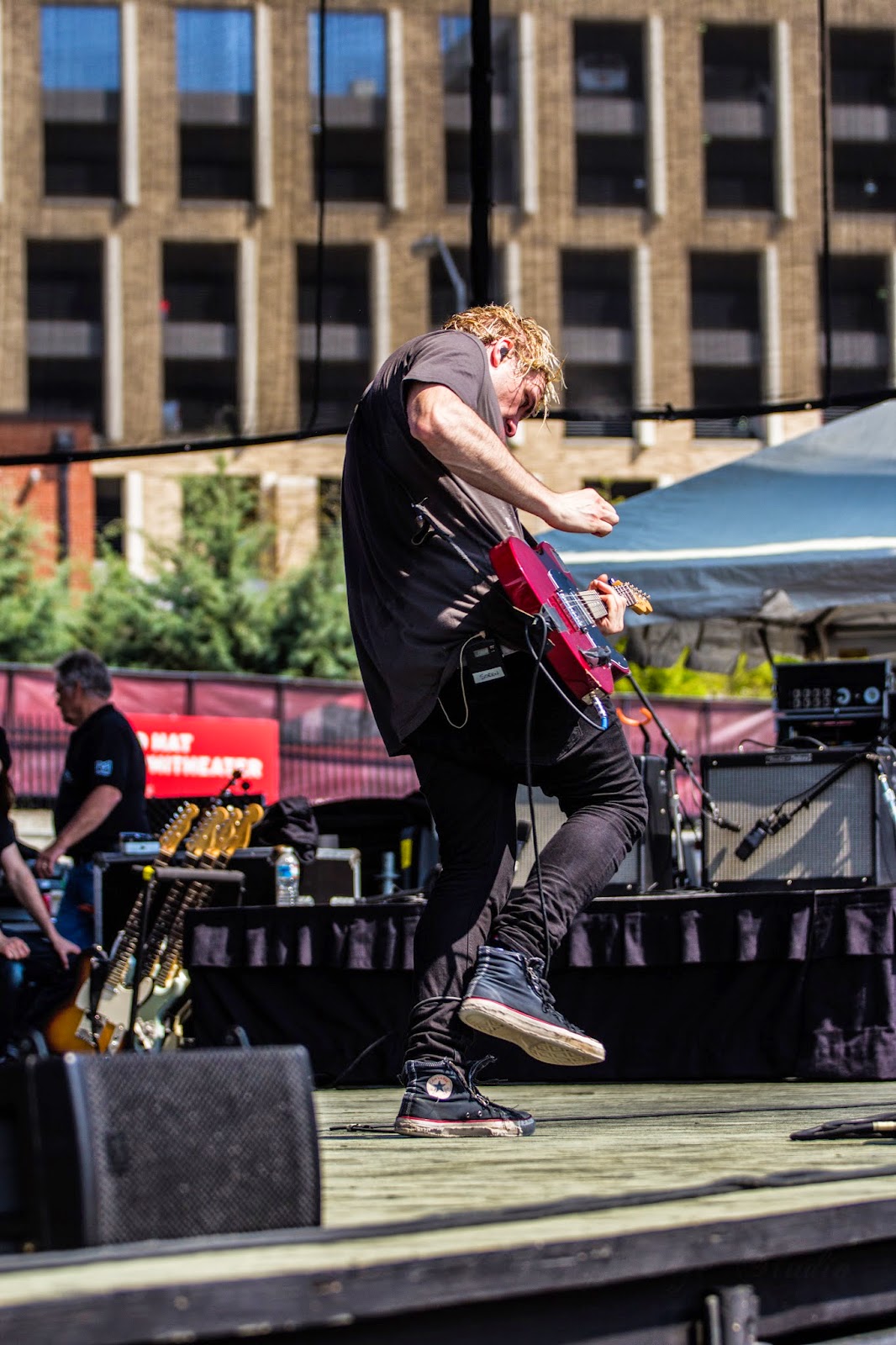 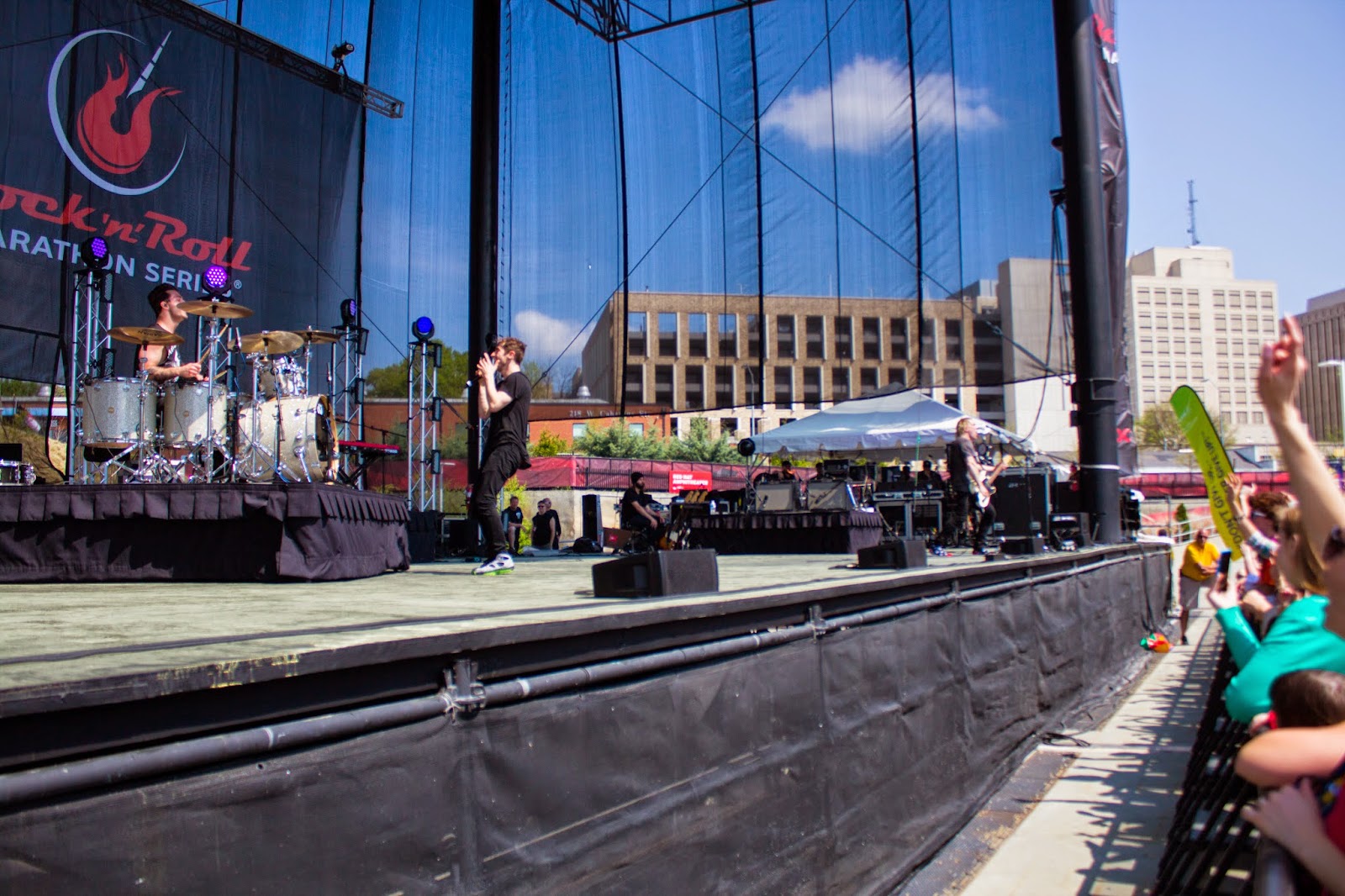 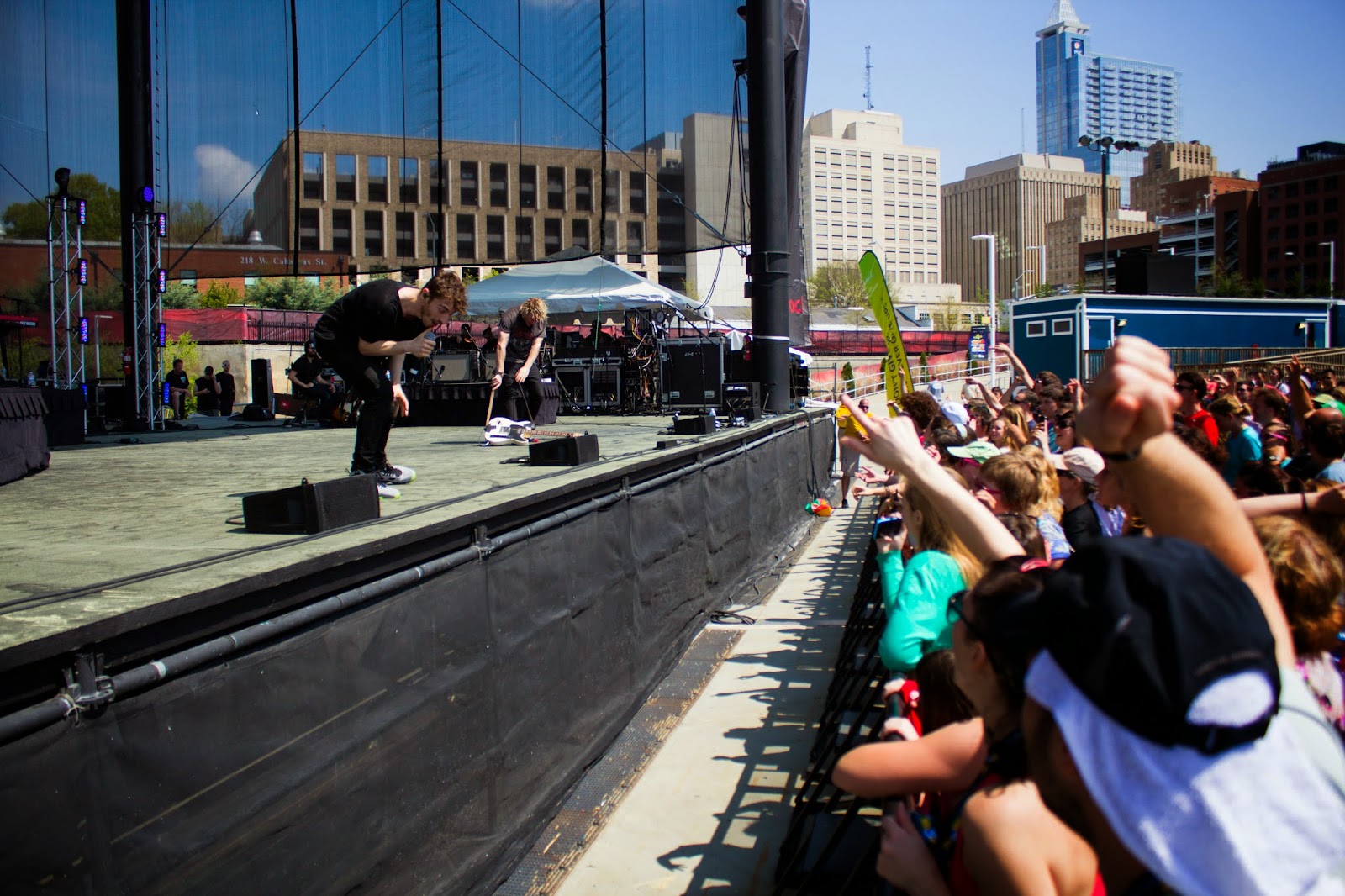 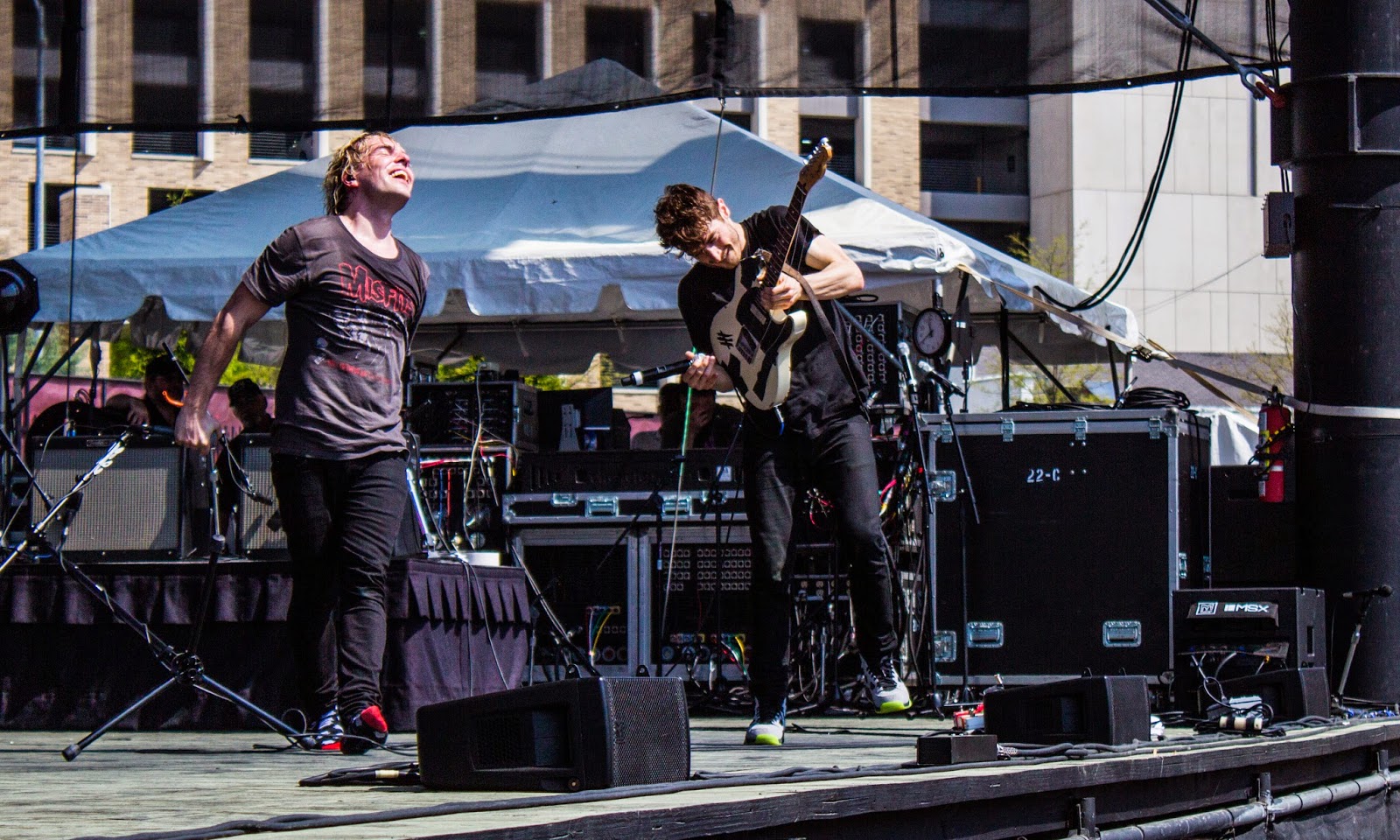 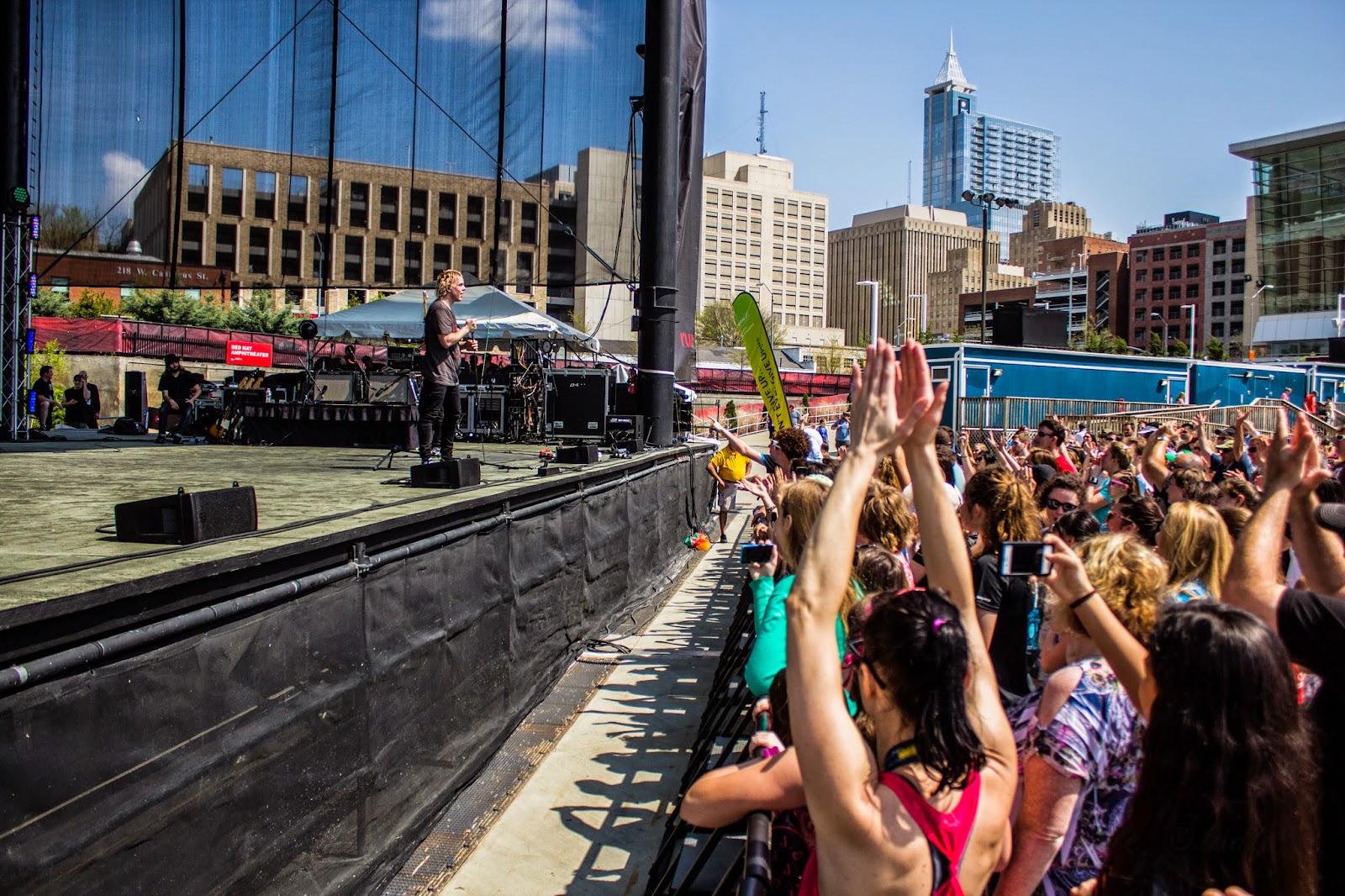