Who writes about volunteering for a race? Nobody. All the glory, fame, pain and humble-brags come with running a race. 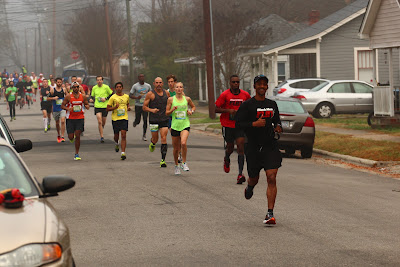 Let me tell you something- I'm really glad I decided to volunteer instead of run the Inaugural Race13.1 Durham. 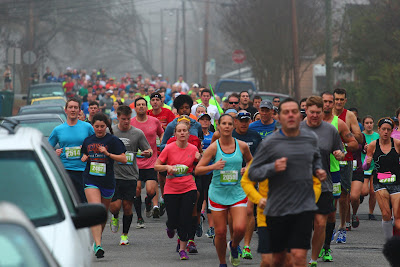 I had a lot of fun and it was really cool to see the race from a different perspective. I've volunteered once before-- well, let's call it one and s half. The first time was for the Ironman race in Raleigh  we were the snack and drink station. The second time, I volunteered to be a pacer, but my registration got overlooked. So, I got to run a race for free. This time was all 100% legit. I was a corse monitor. I was to control one intersection. Keep cars from moving while runners were passing through. If you ran this race, I was the guy with the GoPro on his head. 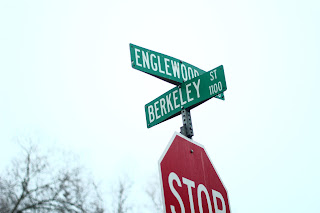 The intersection after mine--- the dude didn't show up.
I guess I've never been a spectator for a whole race. I've always gone to a race to run it. Then, I would only see the fastest runners at the start line.., and then only from behind. 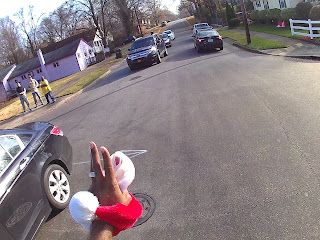 By volunteering, I got to see the leaders of the halfmarathon, 10k and 5k pass by you,... at light speed. I'm pretty sure the did that first mile in 4 or 5 minutes. I call them the competitive runners.
Then you get the bulk of the crowd.... The partiers, the friendship runners,... The team runners and the brave few who are fine with taking up the rear... Walking and running or just walking. 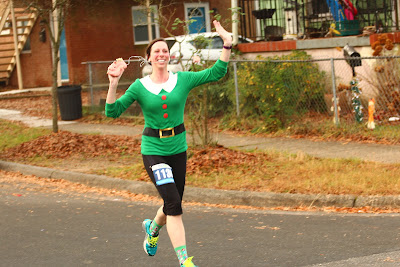 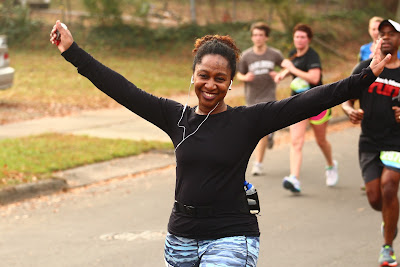 My intersection was pretty cool and calm for the first hour or so. I was able to cheer people on and take pictures. Then around 9 am Durham decided to wake up. The cars started to pile down little Englwood avenue. One lady cussed me out because she said she was late for work. Well, with 24 hundred runners passing by my location twice,... I wasn't going to fix that... But we got her through to the other side.
Some drivers were really impatient,... Most of them allowed me to talk them through the intersection. Maybe, two of them almost hit me. After a while it just wasn't safe enough for me take pictures, but the GoPro mounted on my head kept snapping pictures every 5 seconds. A deputy or Durham Police officer eventually came along to help out in that intersection. 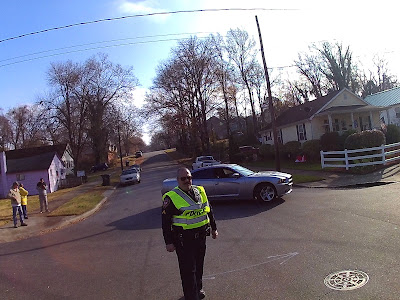 By that time though, the number of runners had dwindled down. There were big gaps in between that allowed us to allow most cars to freely pass through intersections. so, the excitement of the day kind of faded. But the anticipation for the final runners was building. I don't think I've ever been so happy to see the sweeper come along.. and just like Sandman from The Apollo she held a broom. Harsh, but you get the point. 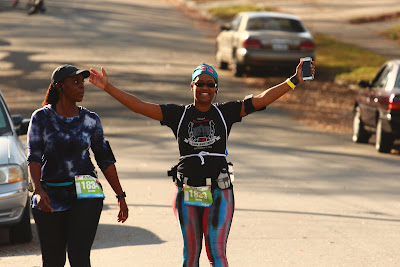 Ahead of the sweeper were two young ladies. They were talking and talking, so I tried to encourage them. Something generic like: "You're doing great, ... or Great Race" to which they responded, "It wasn't a great race. We're walking. She got injured." So, with very little time to inquire more, ... I let them be and returned to my car. 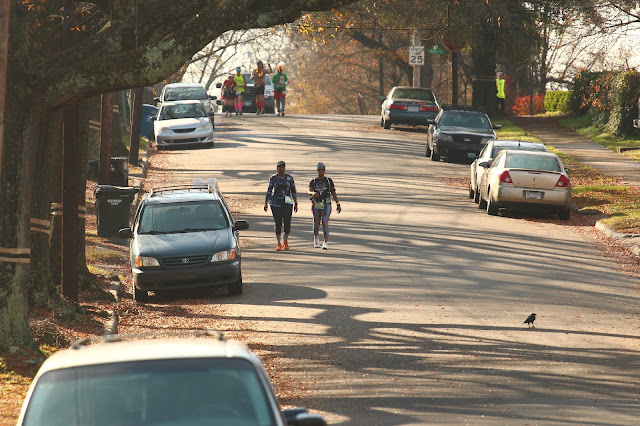 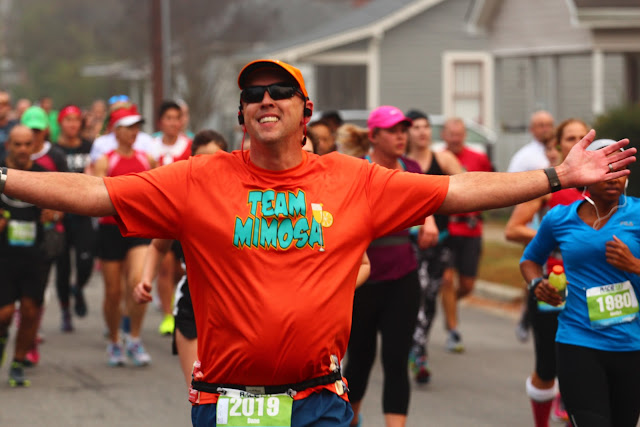 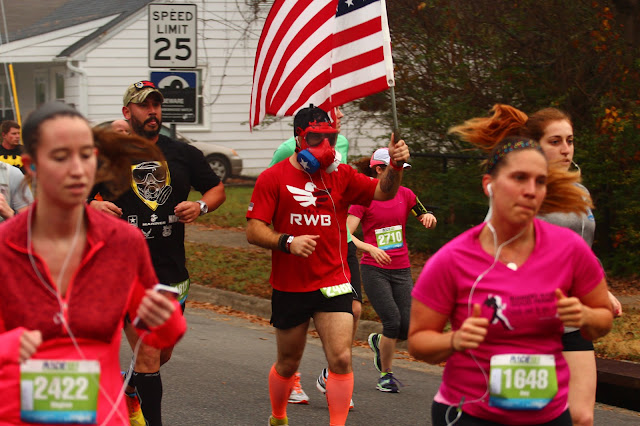 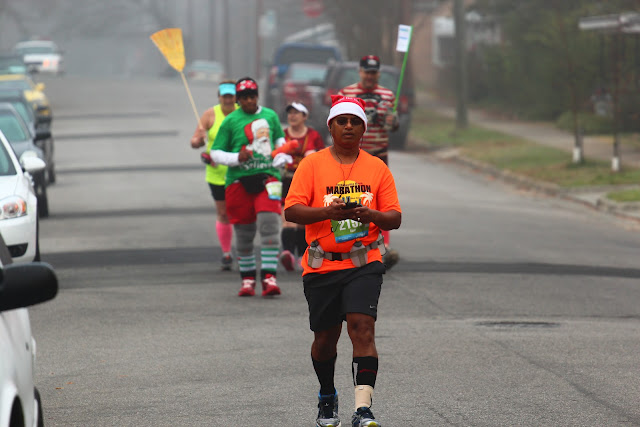 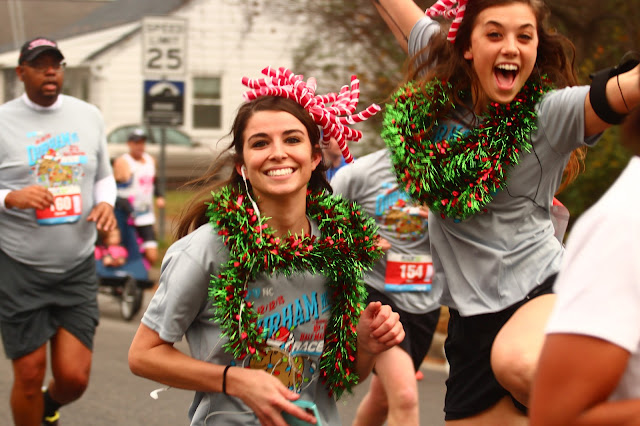 Overall, it was a pretty awesome race. No one was hurt. The weather was perfect and they got some cool Christmas themed medals. 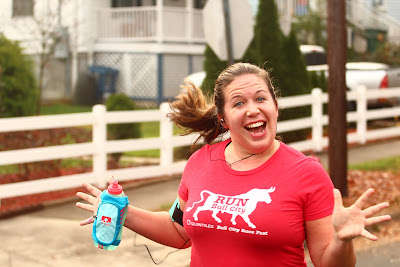 I think every runners should volunteer at least once. You get enough props and cheers. It doesn't always have to be about you and your Personal Records. Cheer someone else through their struggle. Give back.  Pay it forward. There will be other races. This one, I'll always remember. 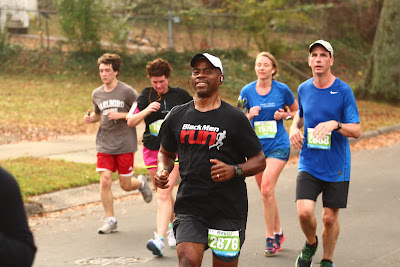 If you're looking for more pictures, There is a link to my Facebook Page. Thanks for the Great race. I'm still working through the GoPro Pictures. Most of them are pretty lame.