My Photo Album from Moral March 2014/HK on J 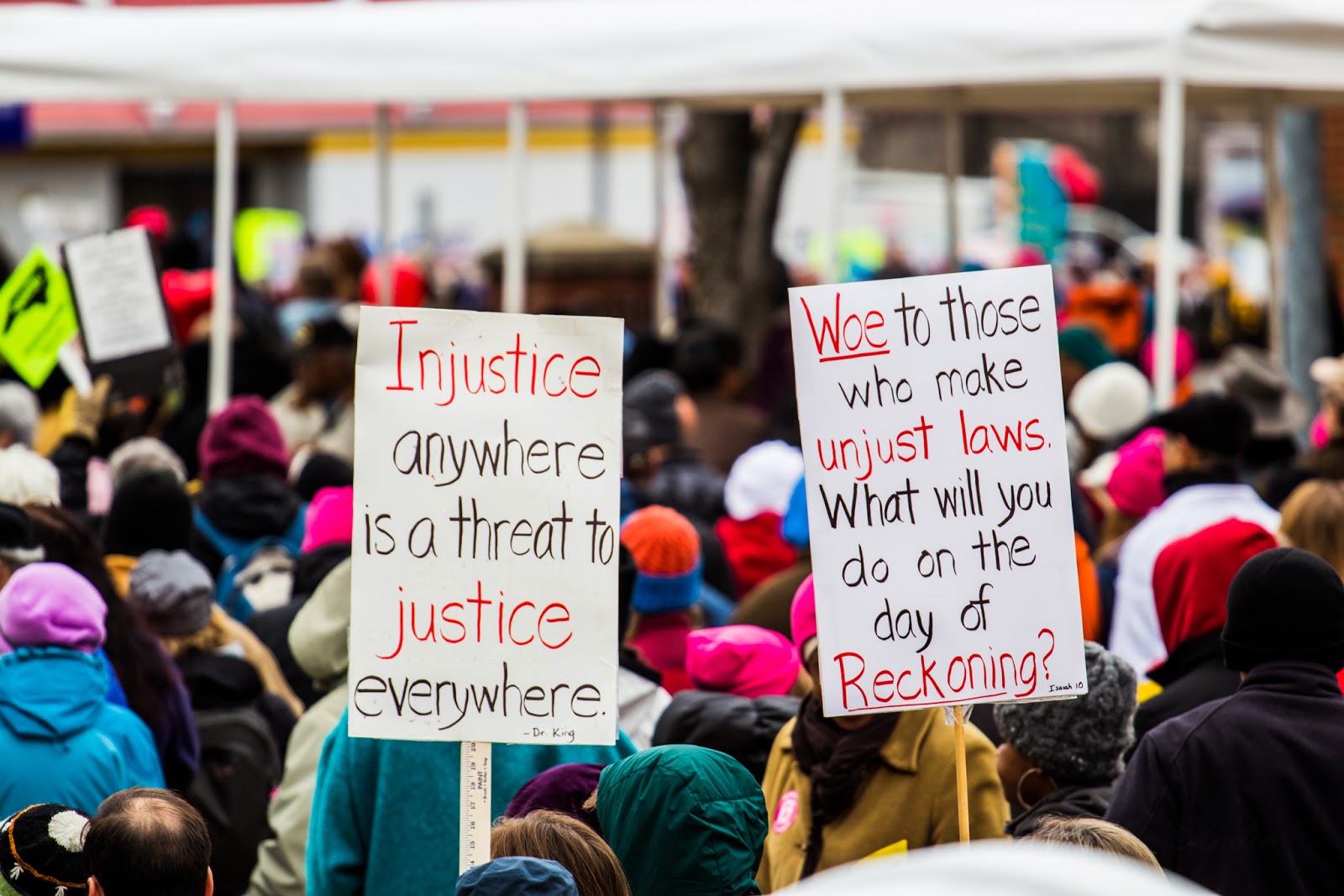 On February 8th, 2014, I awoke with a desire to witness something big happening in Raleigh-- and no it wasn't the Krispy Kreme challenge (in which some 7-thousand runners participated.)


One year ago, I missed what local NAACP leaders call HKonJ (Hundreds of Thousands on Jones Street), but this year I didn't want to miss it. Apparently, I wasn't alone. Tens of thousands of people packed the streets surrounding the Historic Shaw University. 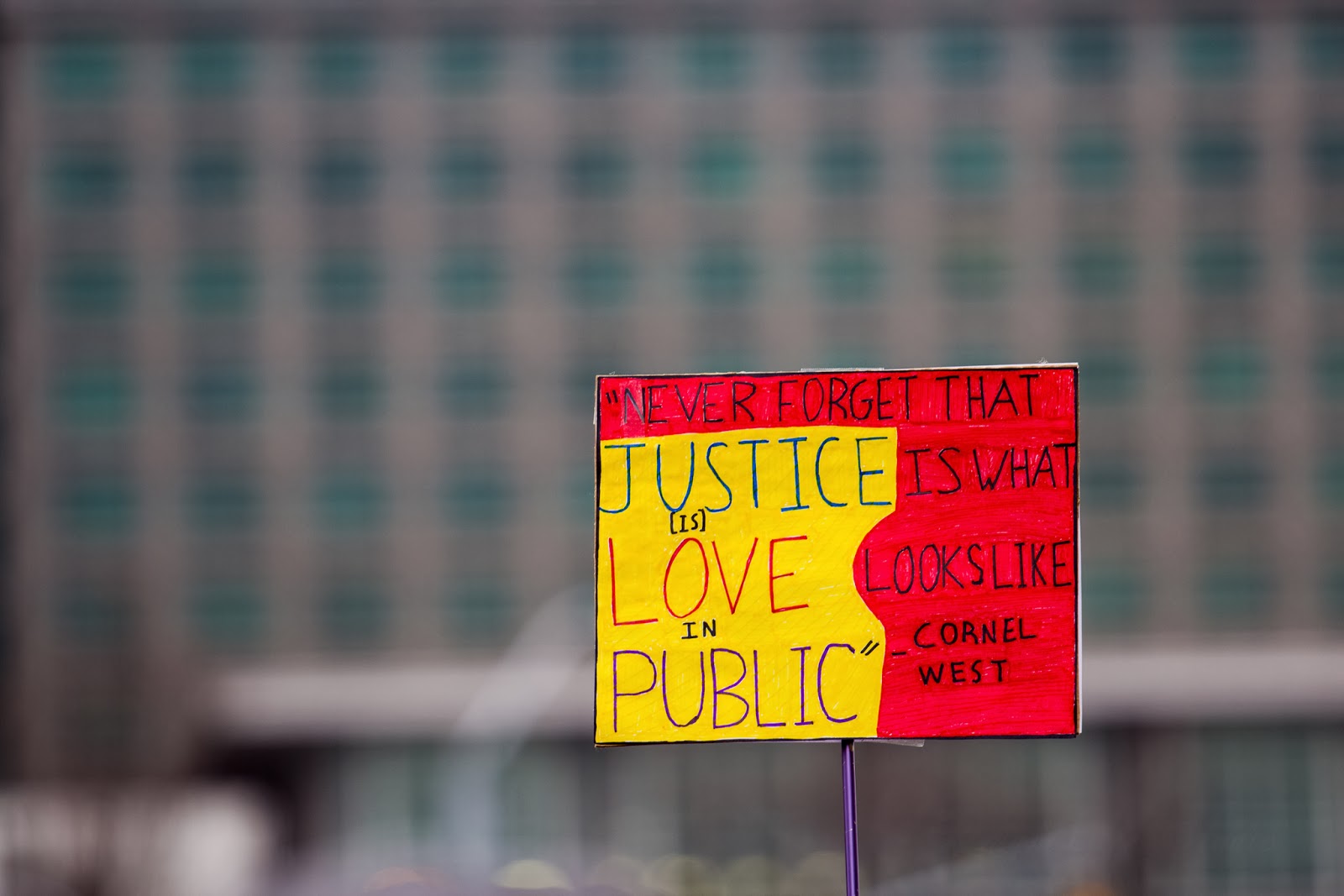 And so we gathered and waited under overcast skies right in front o Estey Hall- where, in 1873, black women occupied the first female dorm on a coed campus in the country. The air was cold but the smiles were warm out in front of the historic  Leonard Medical School where african American doctors and pharmacist have studied and filed in and out since 1881. At that time it was the only placket where a black man could fulfill his dream and purpose to become a doctor or pharmacist.

About an hour before the march as we were gathered listening to the speakers... You got the sense that this was going to be something big when they asked us to make room for more people. 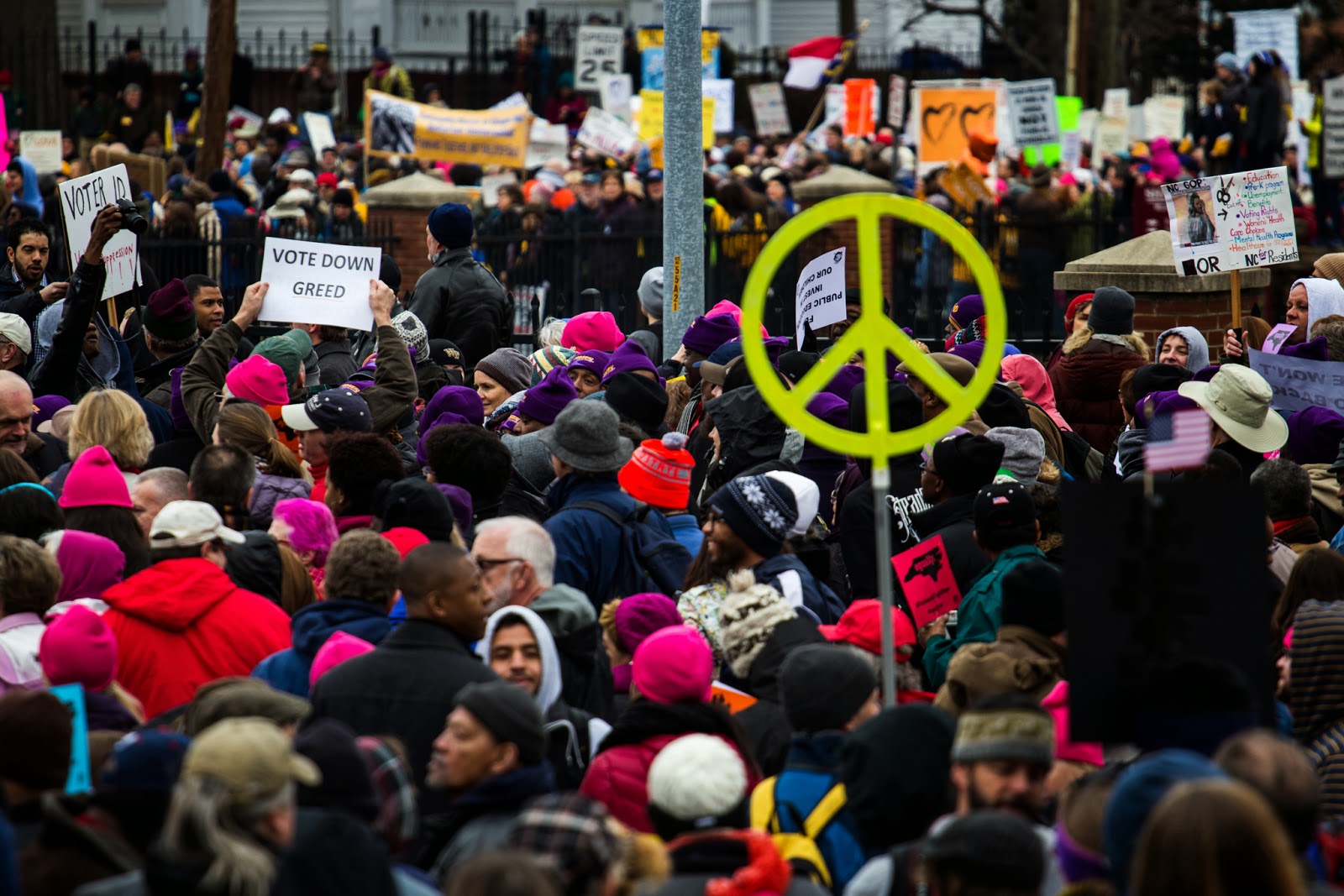 So, as I walked down Wilmington street towards the Shaw University building where the first Student Nonviolent Coordinating Committee (SNCC) met... It dawned on me.
This where Ella Baker, Stokely Carmichael, Charles F. McDew, J. Charles Jones, Julian Bond, Diane Nash, James Lawson, John Lewis, Bernard Lafayette, James Bevel, and Marion Barry all gathered to plan a movement that would shock the nation and lead to the end of Jim Crow laws. 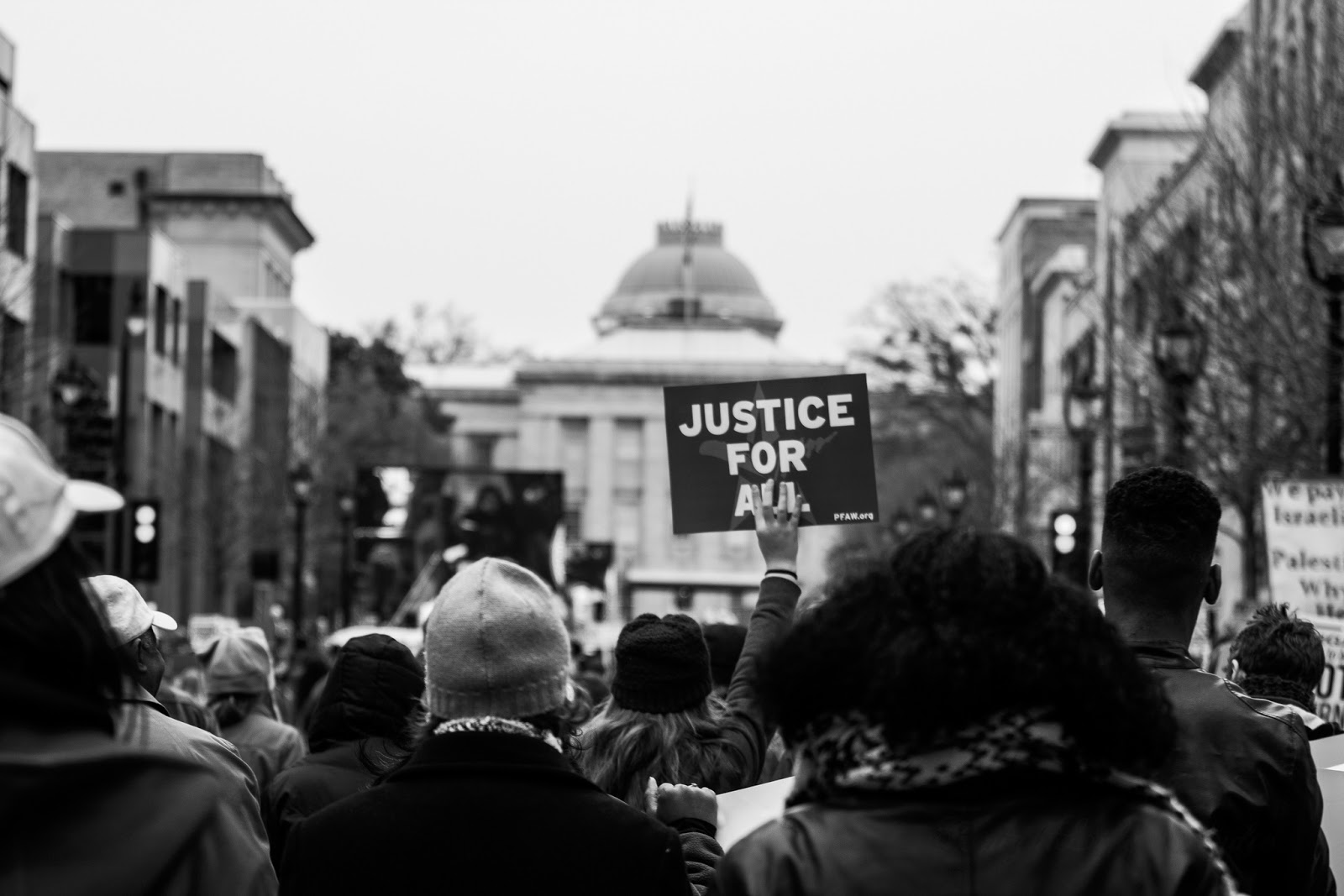 It was in that spirit that all if these people were gathered here. So, after prayer... We began to move.. Chanting 'Forward together, not one step back.'
Each person applying that chant to their situation: the disenfranchised, underemployed, undocumented immigrants, teachers, women, gay, straight, black and white.
And as we all gathered on Fayetteville street... Some peering out of parking garage structures,... Others huddled in front of mega screens to hear what Rev. William Barber had to say I remembered the words of Fredrick Douglas: 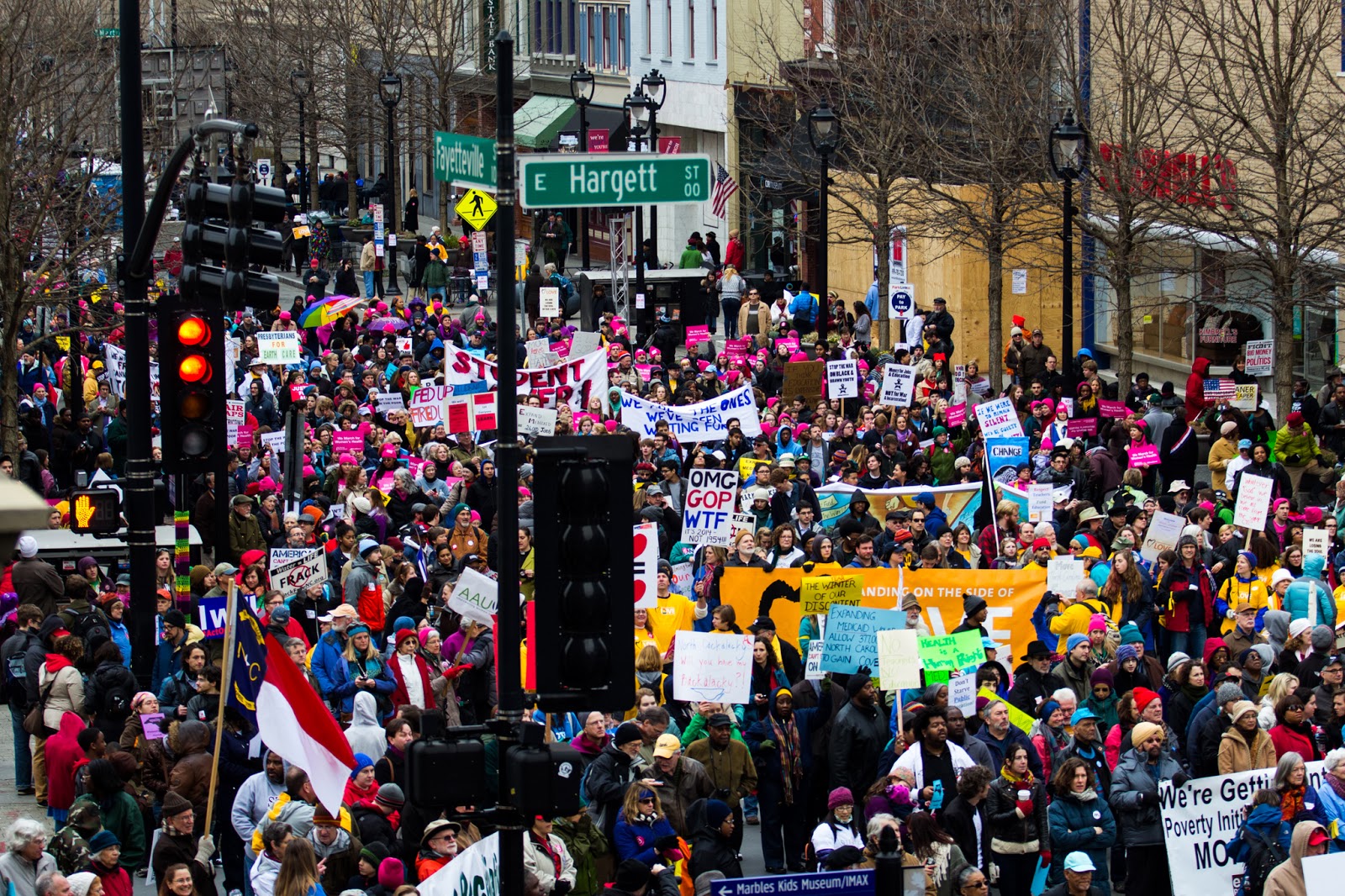 "If there is no struggle, there is no progress. Those who profess to favor freedom, and yet depreciate agitation, are men who want crops without plowing up the ground. They want rain without thunder and lightning. They want the ocean without the awful roar of its many waters. This struggle may be a moral one; or it may be a physical one; or it may be both moral and physical; but it must be a struggle." 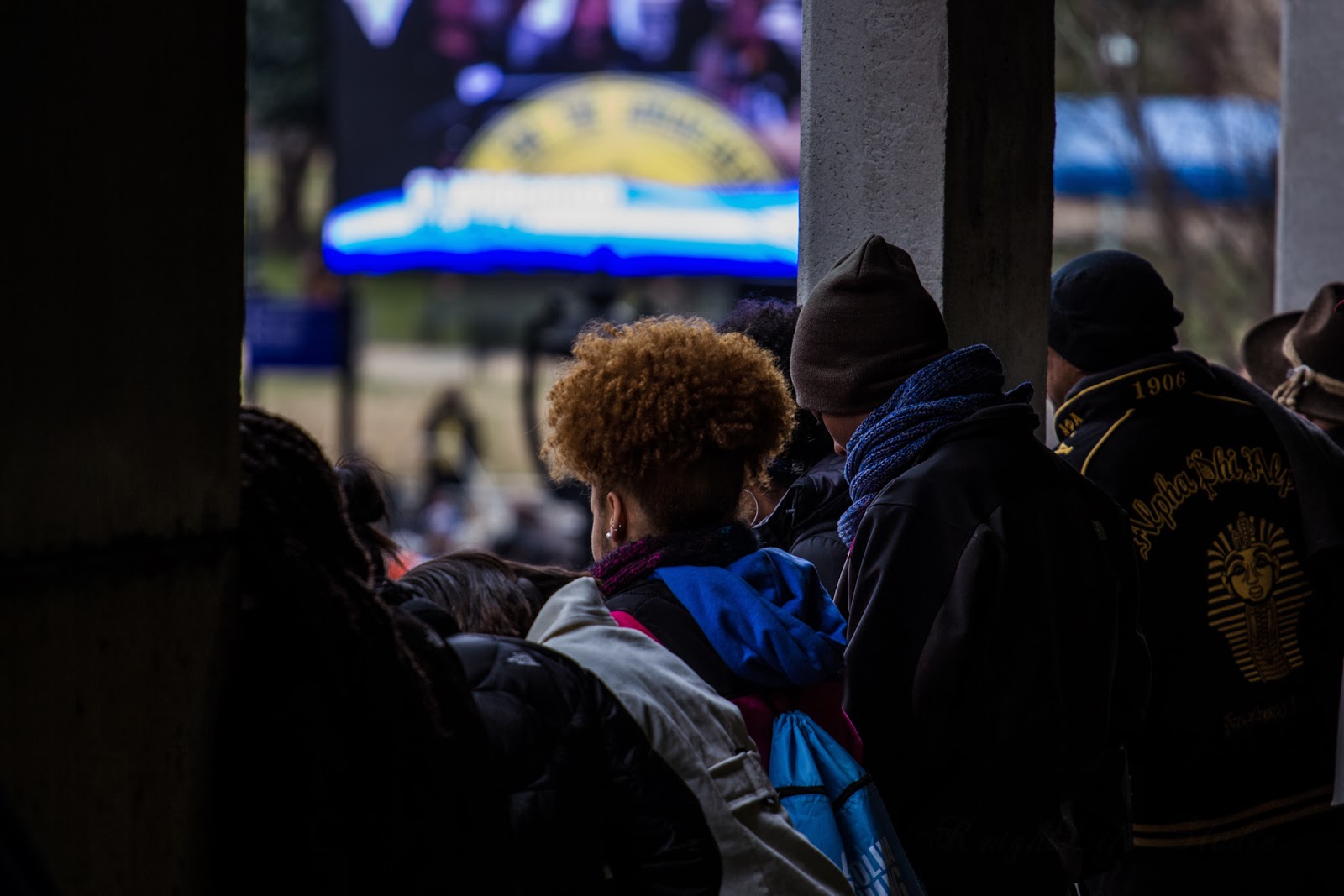 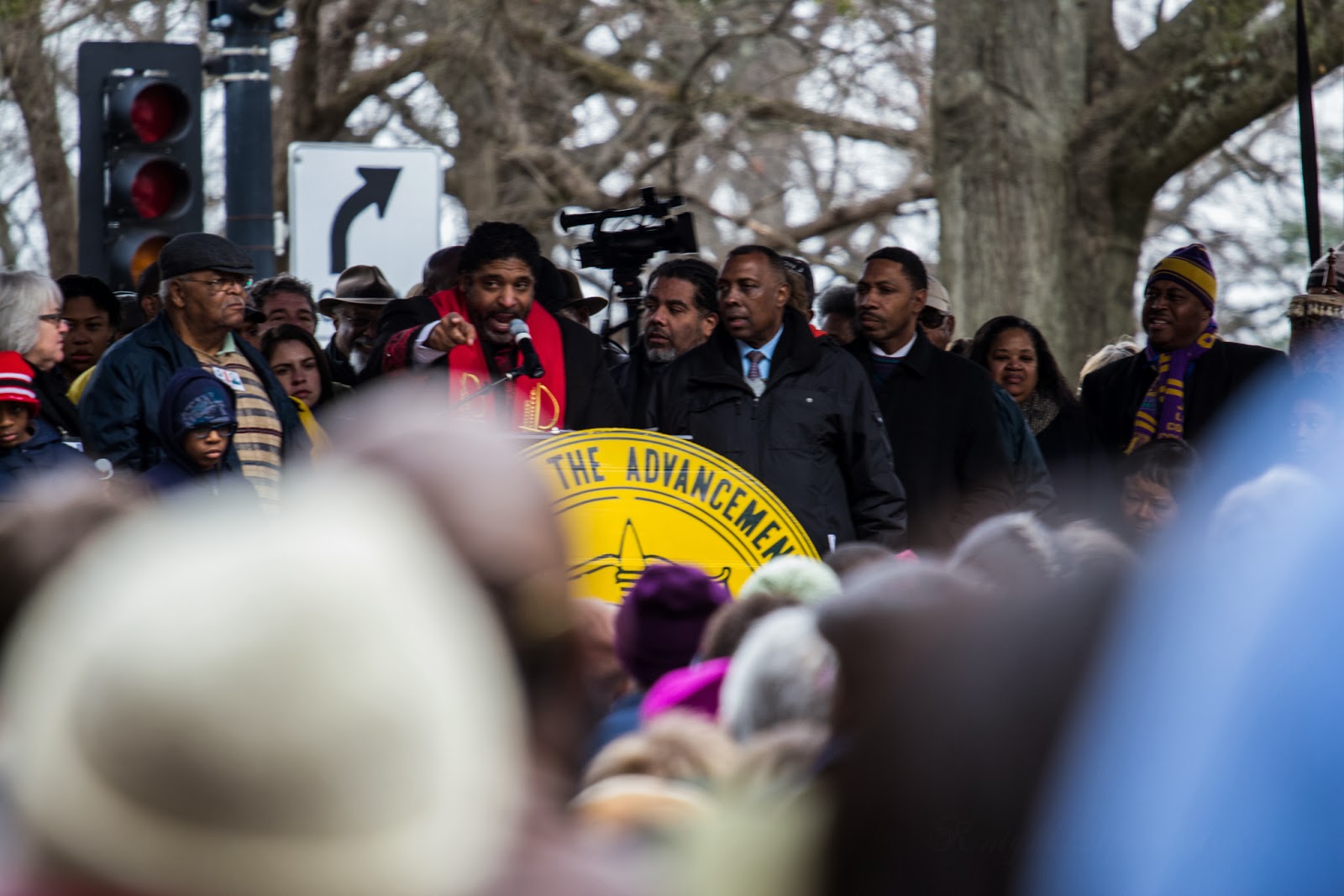 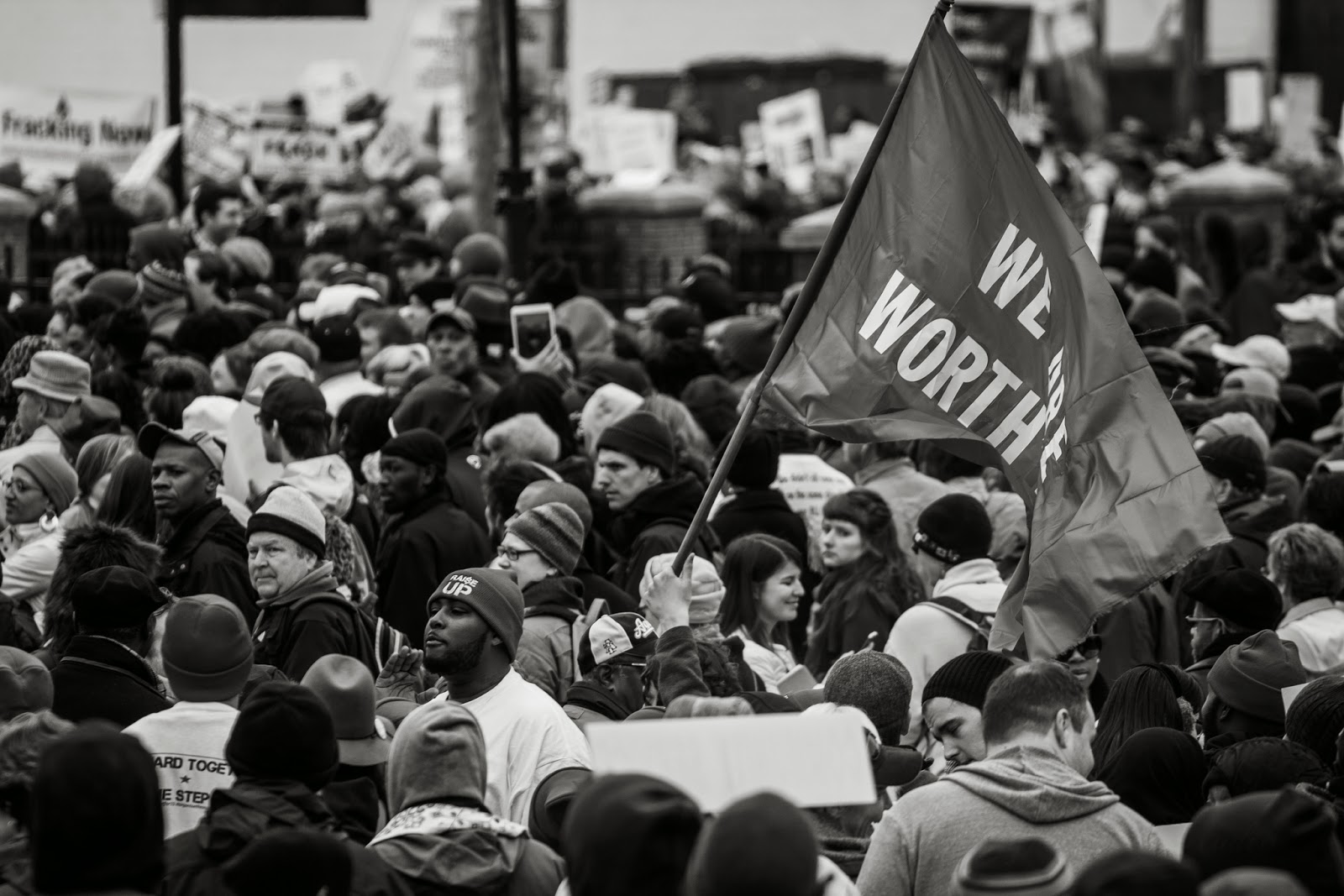 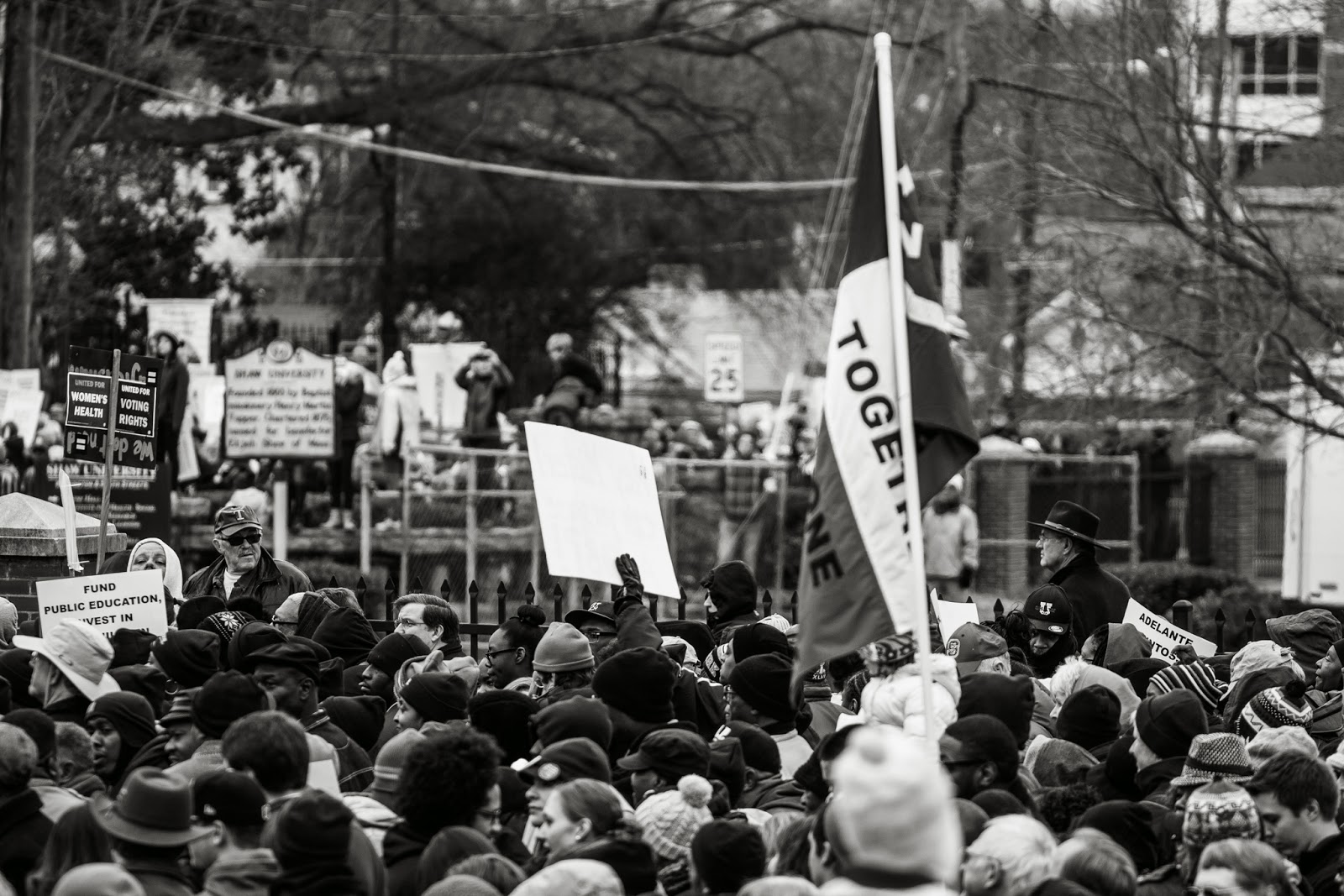 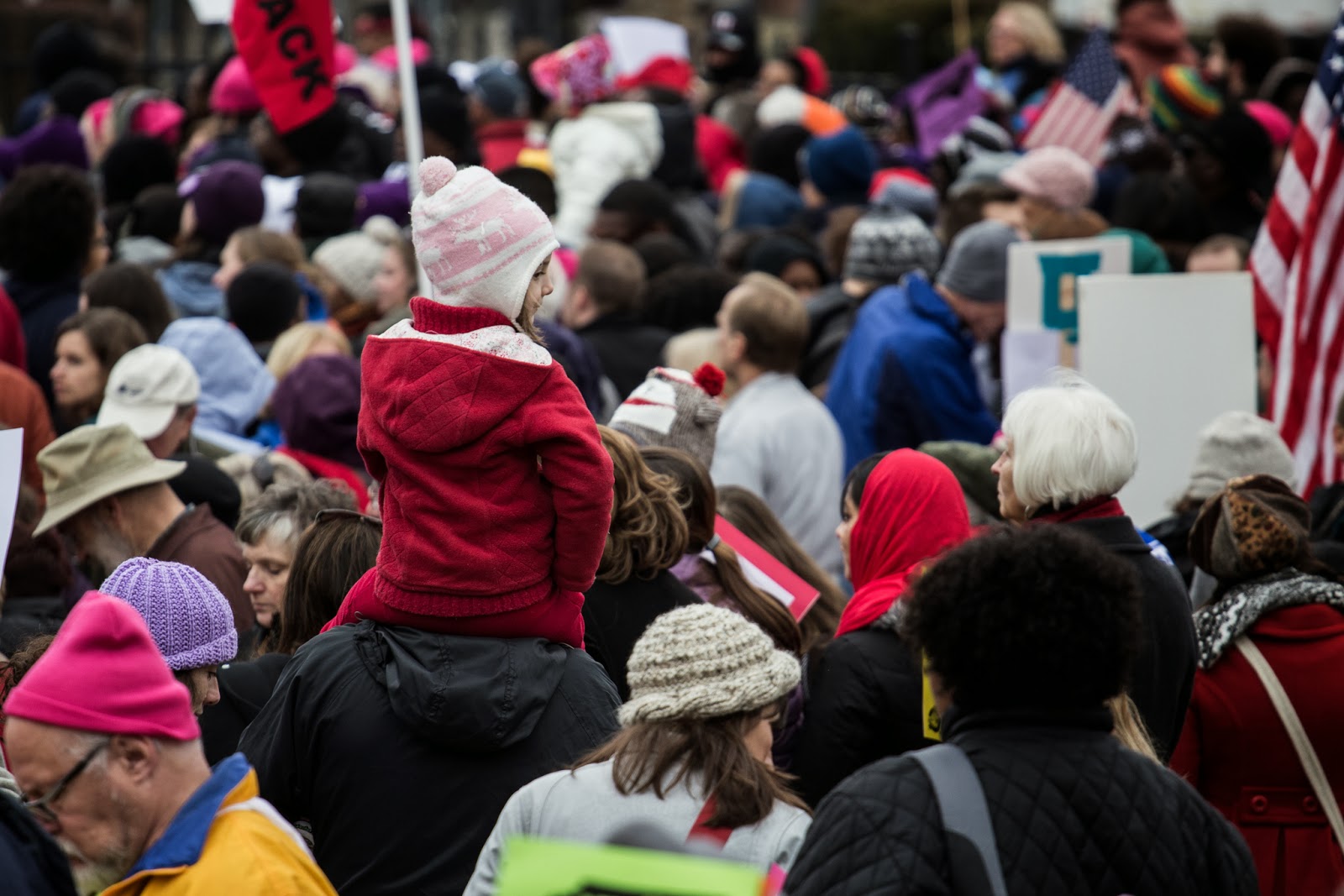 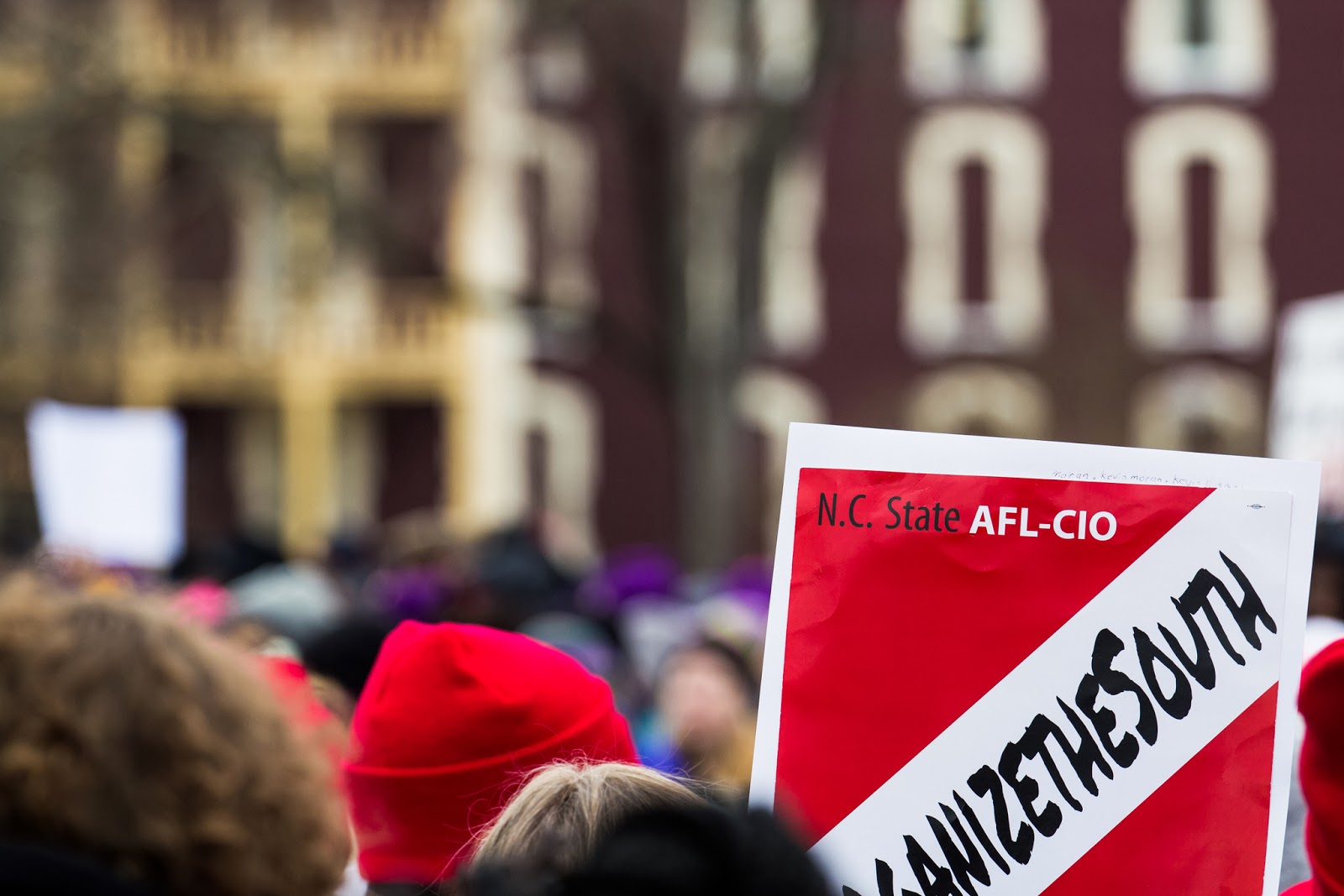 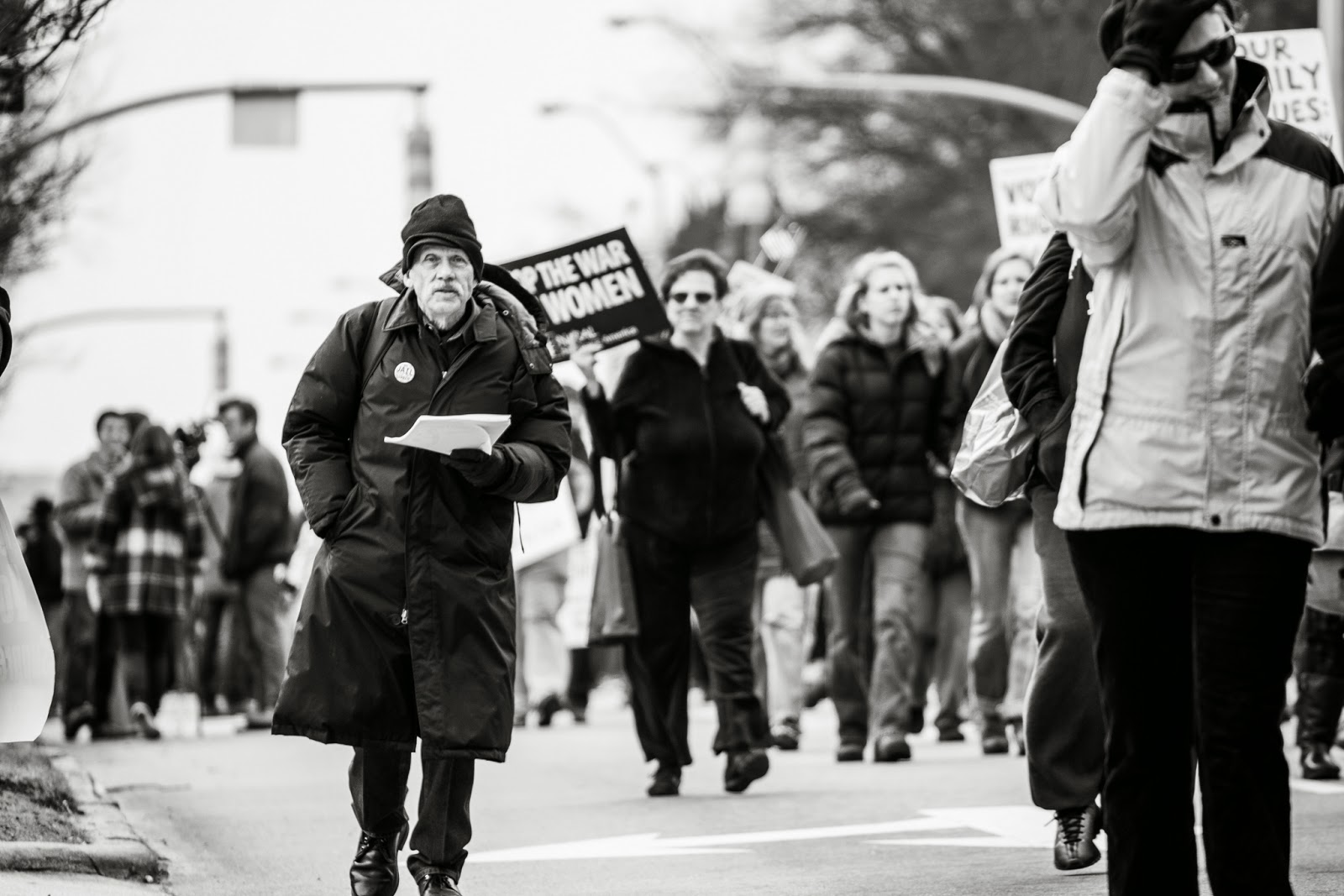 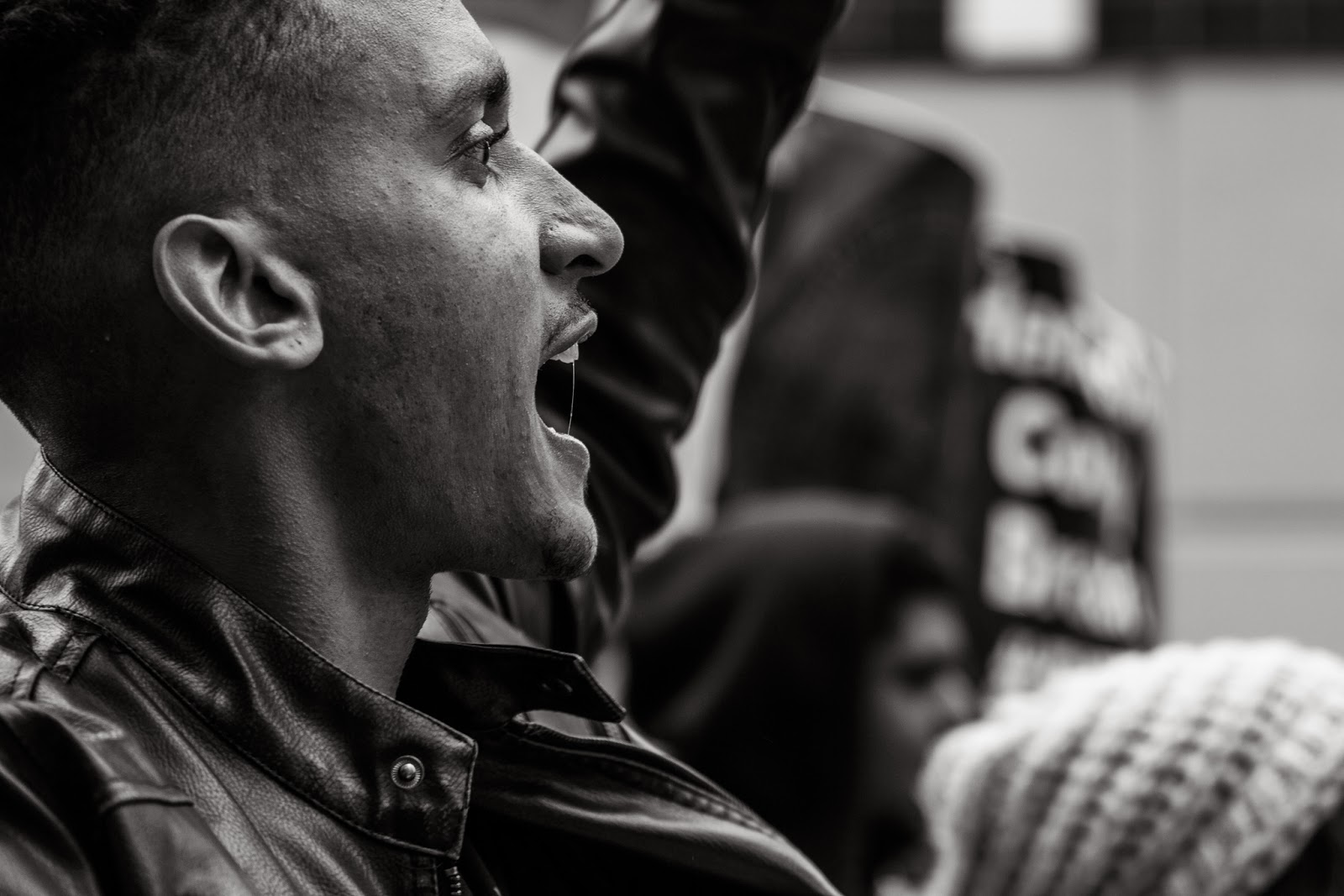 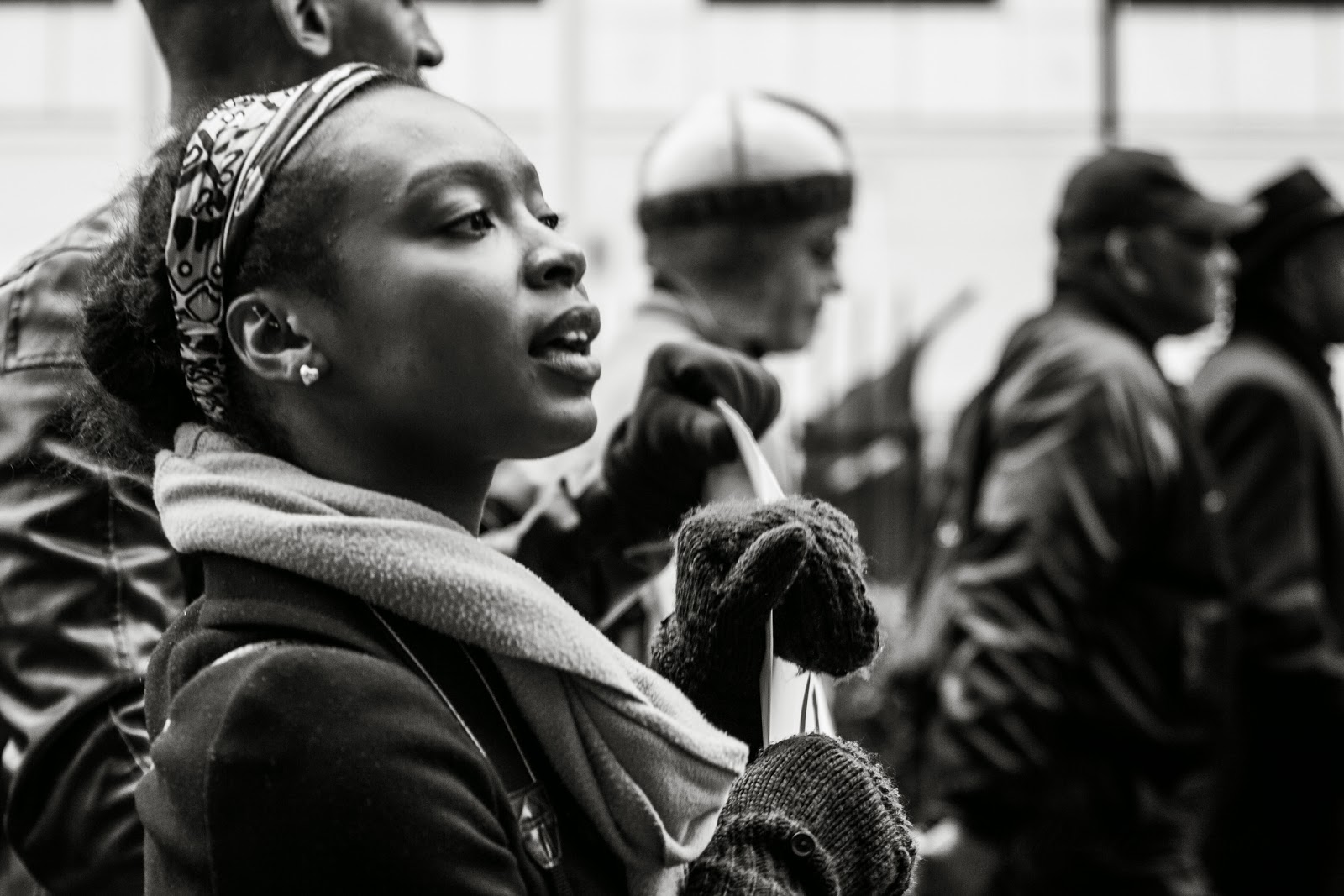 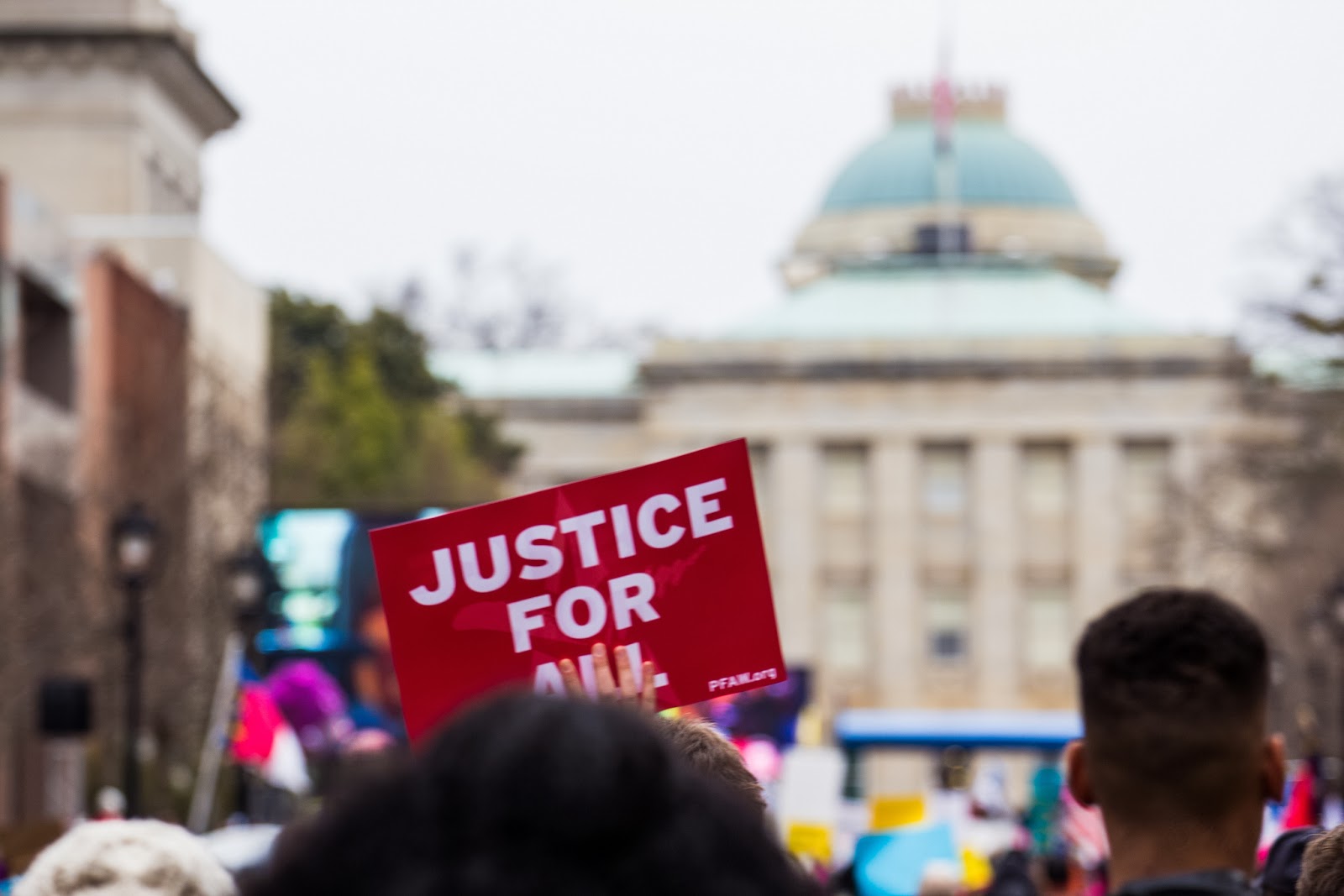 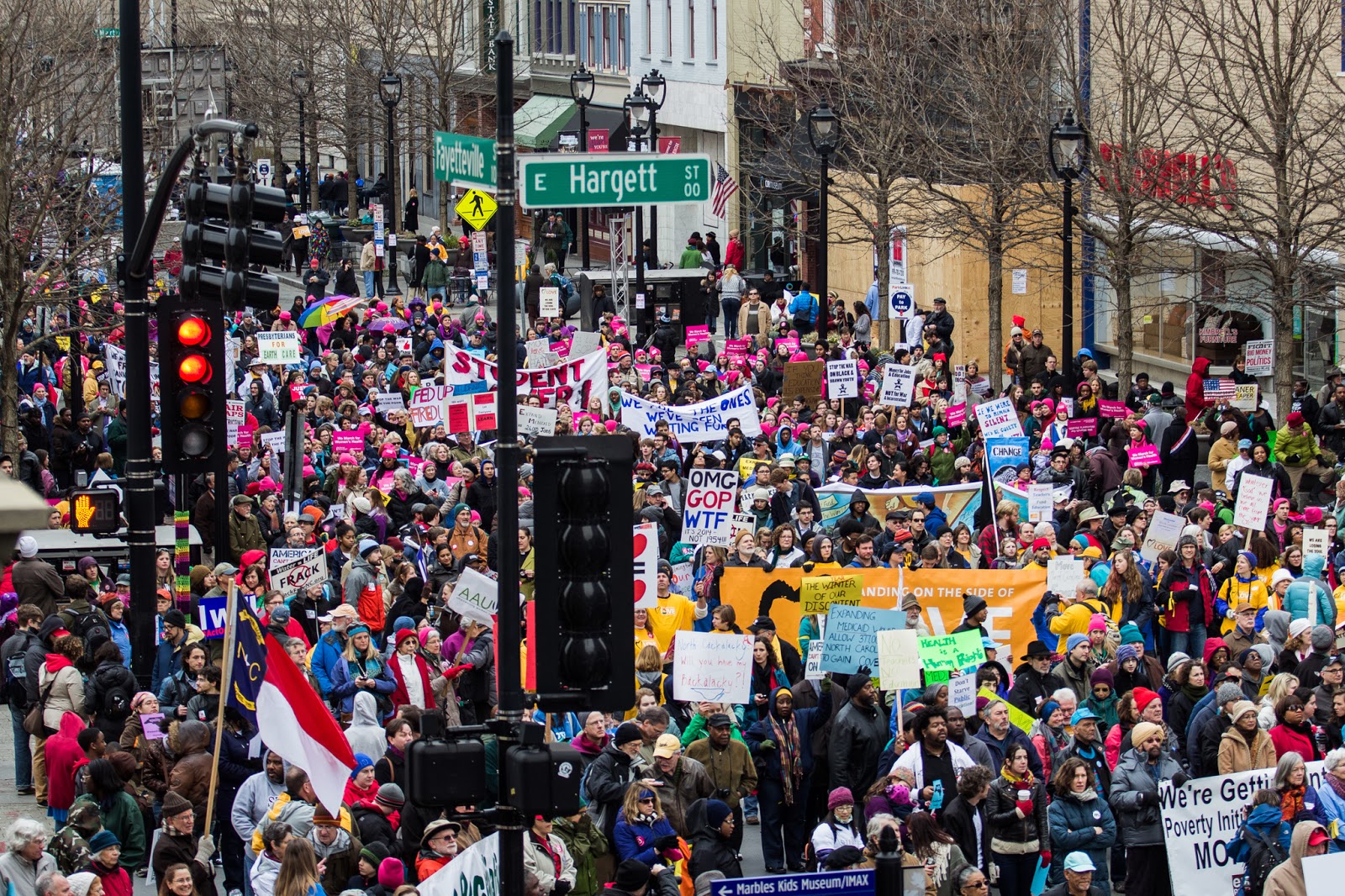 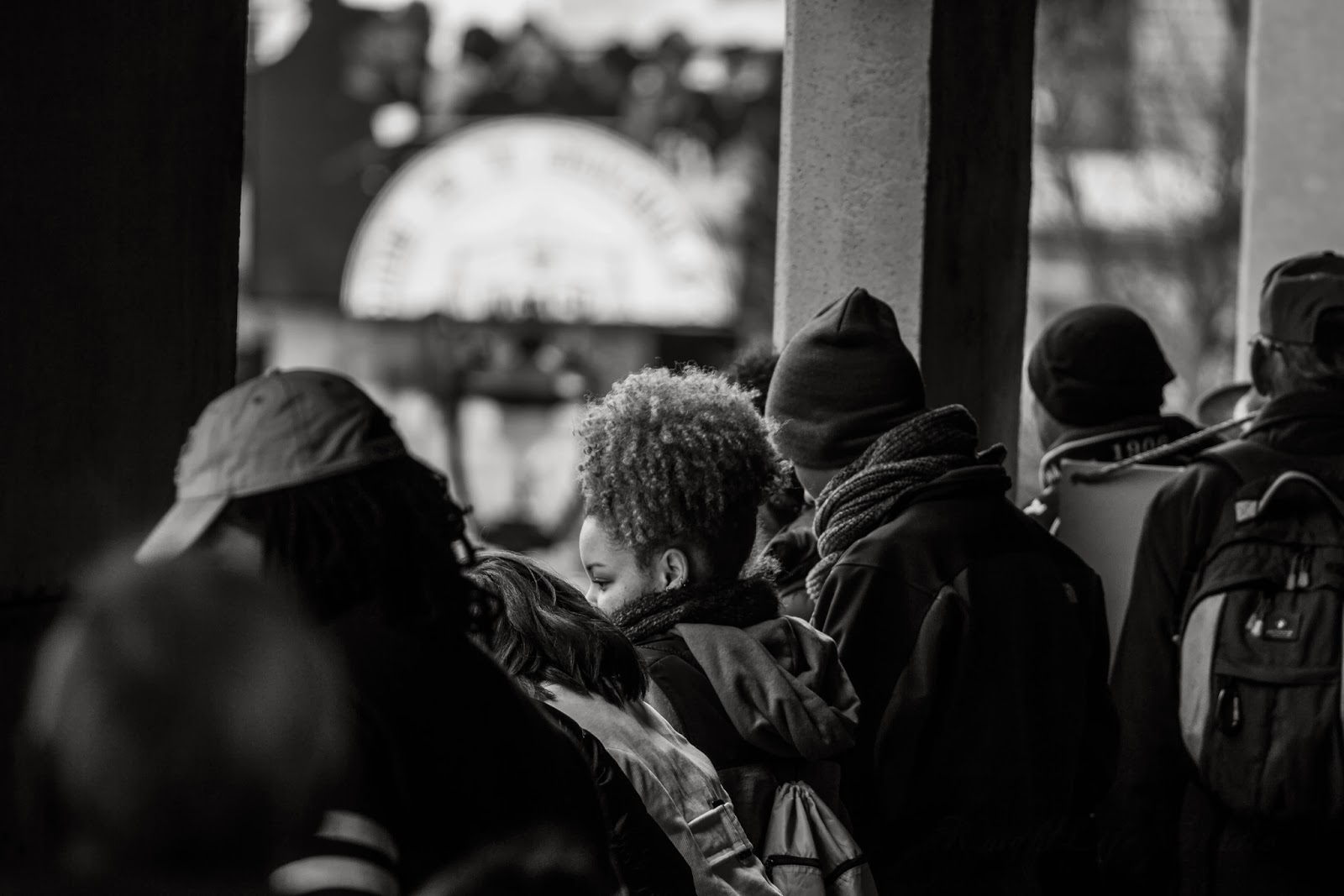 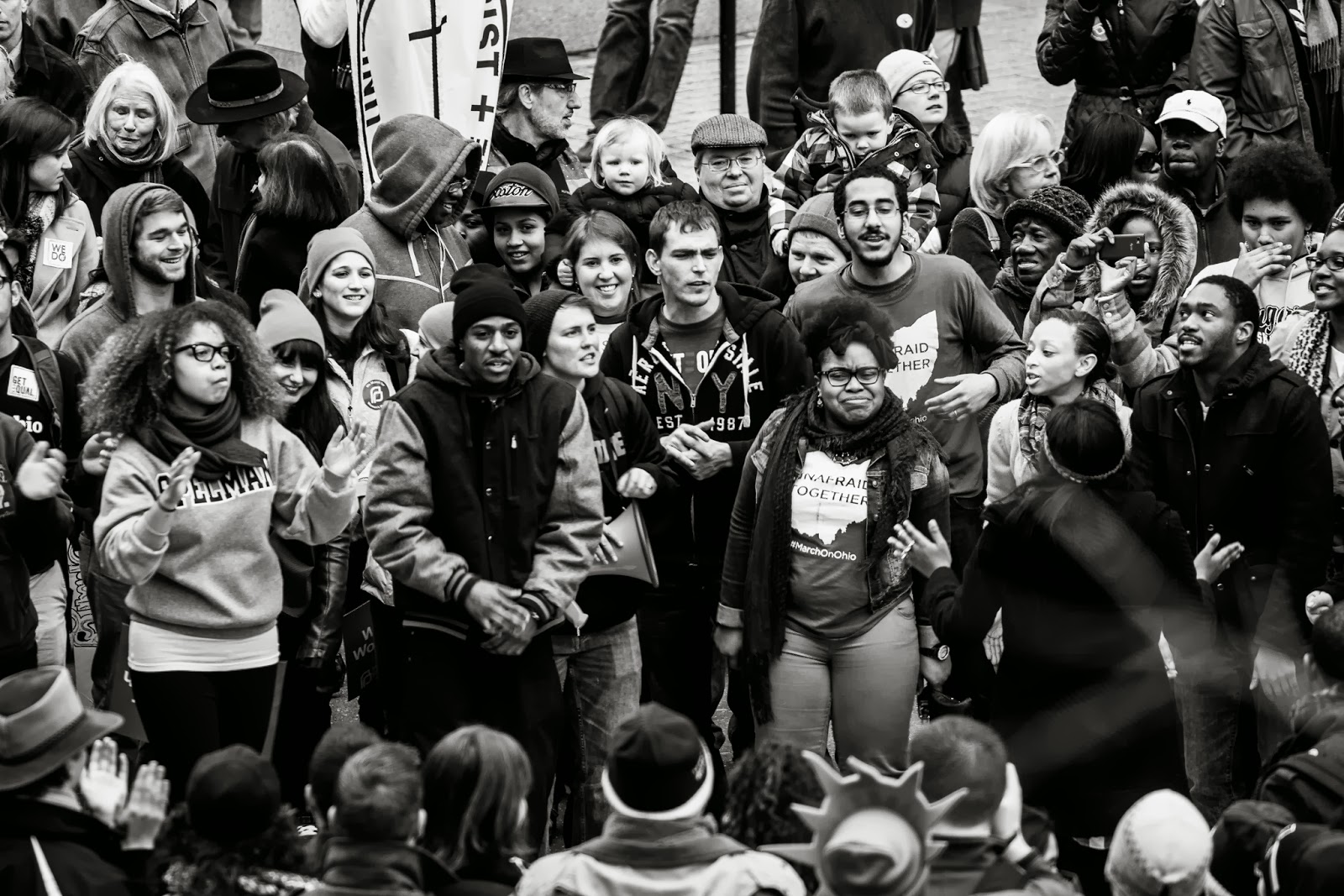 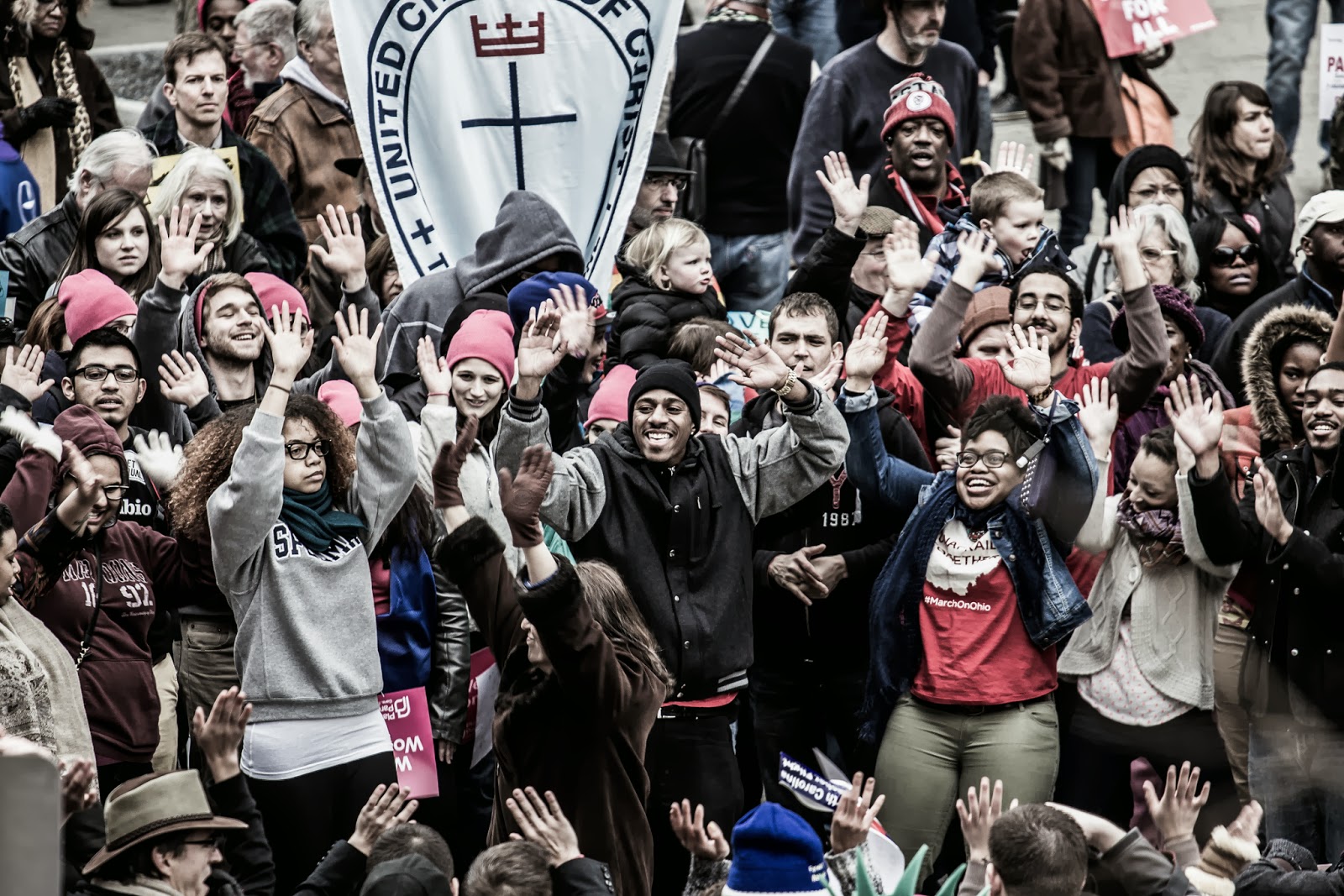 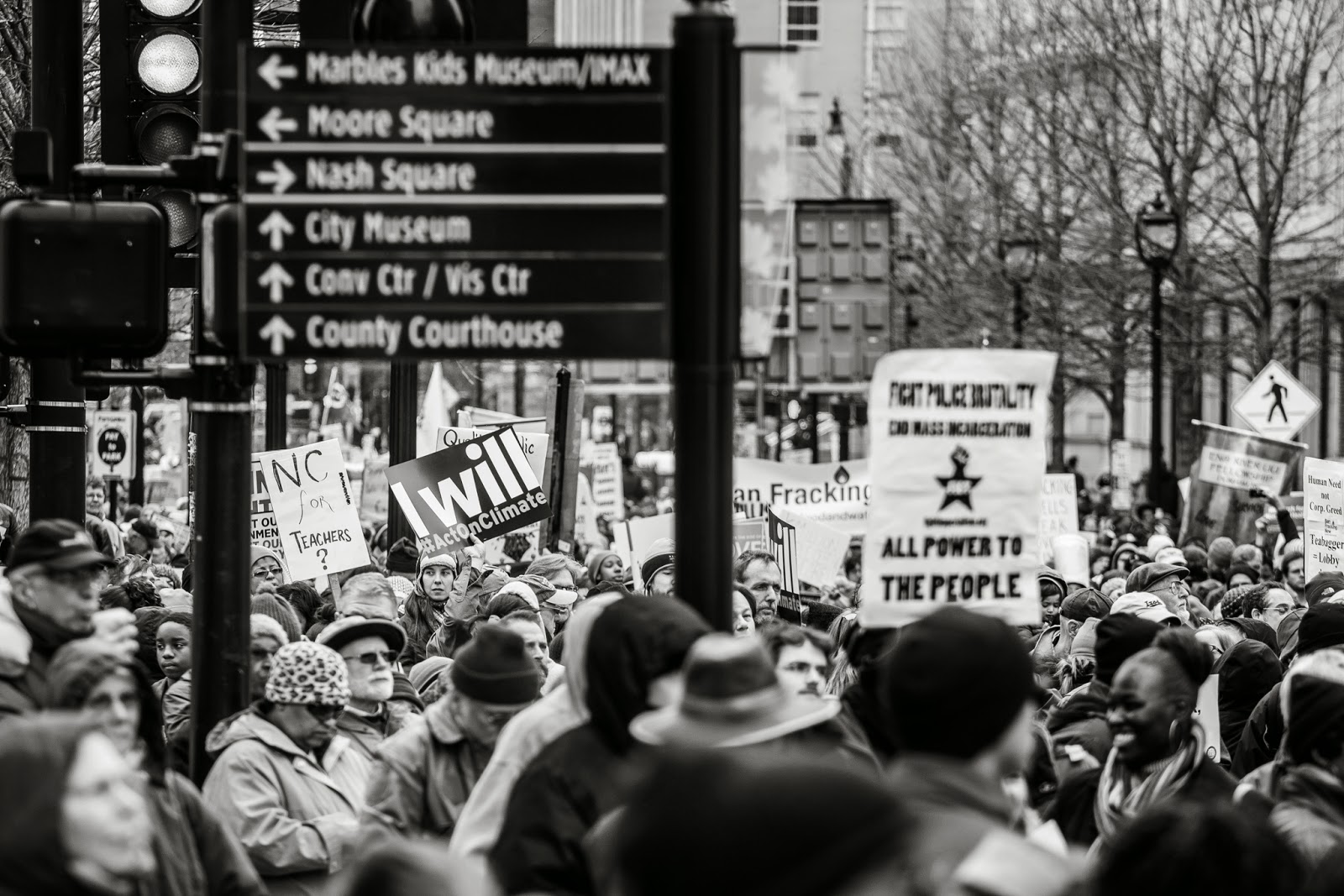 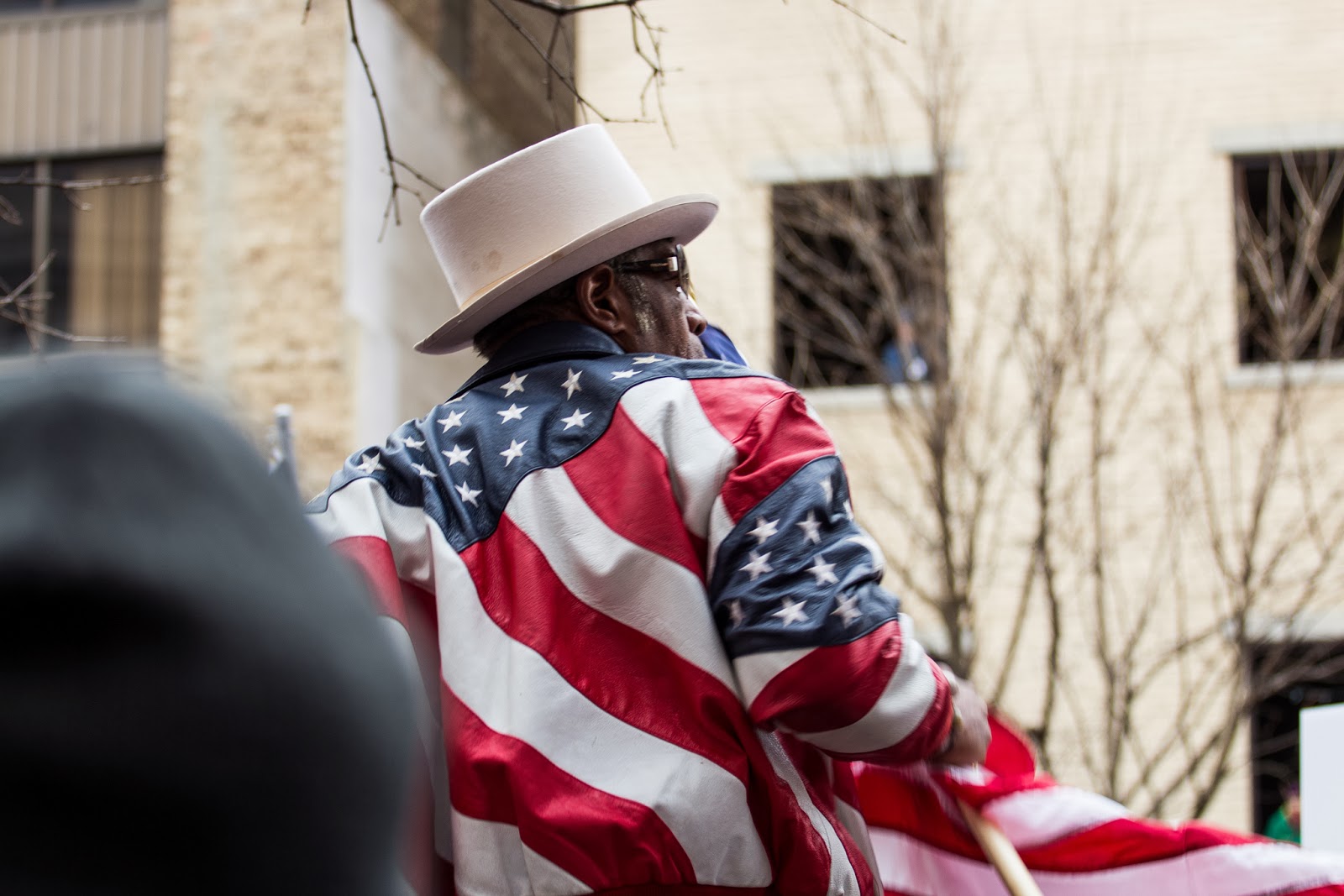 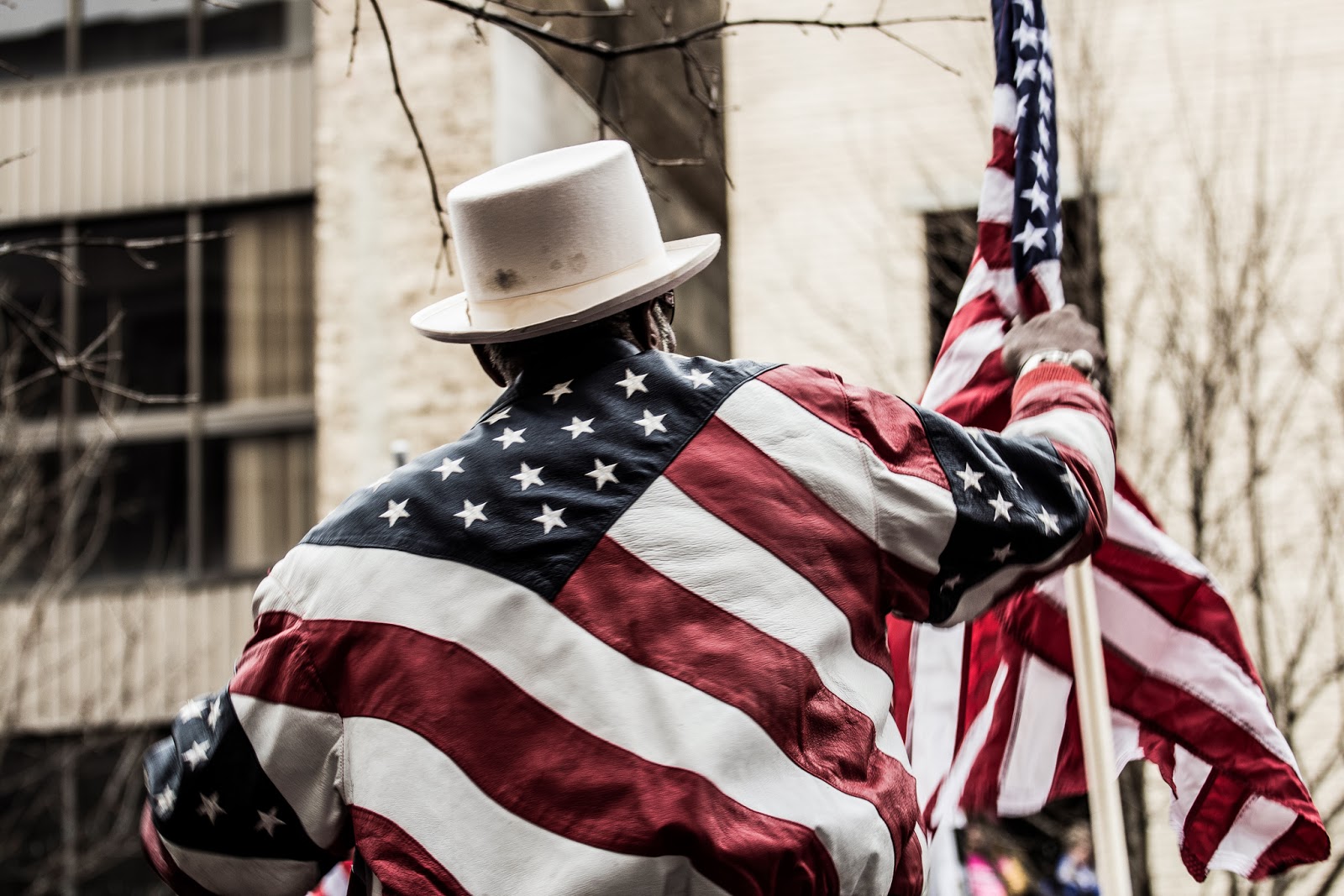 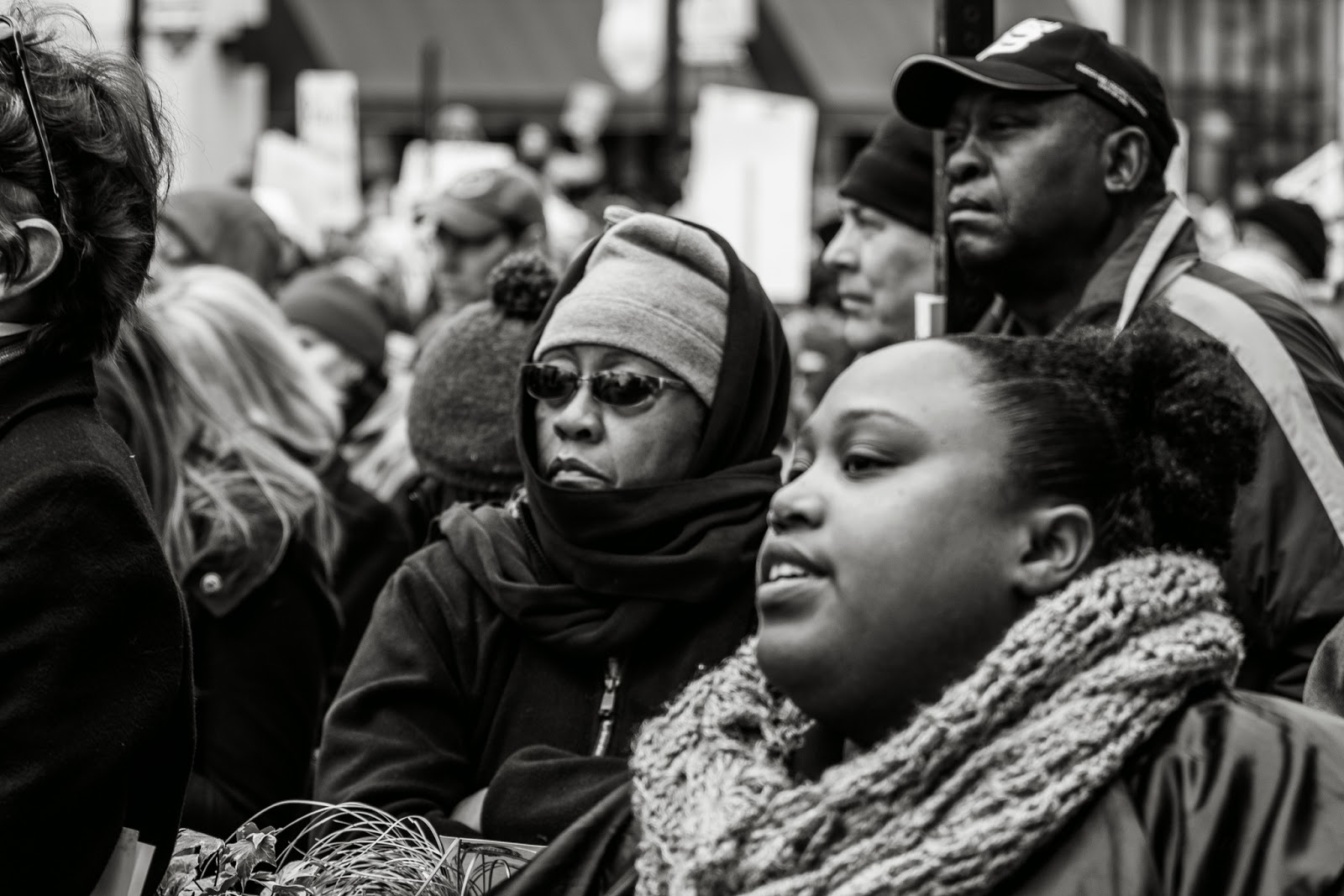 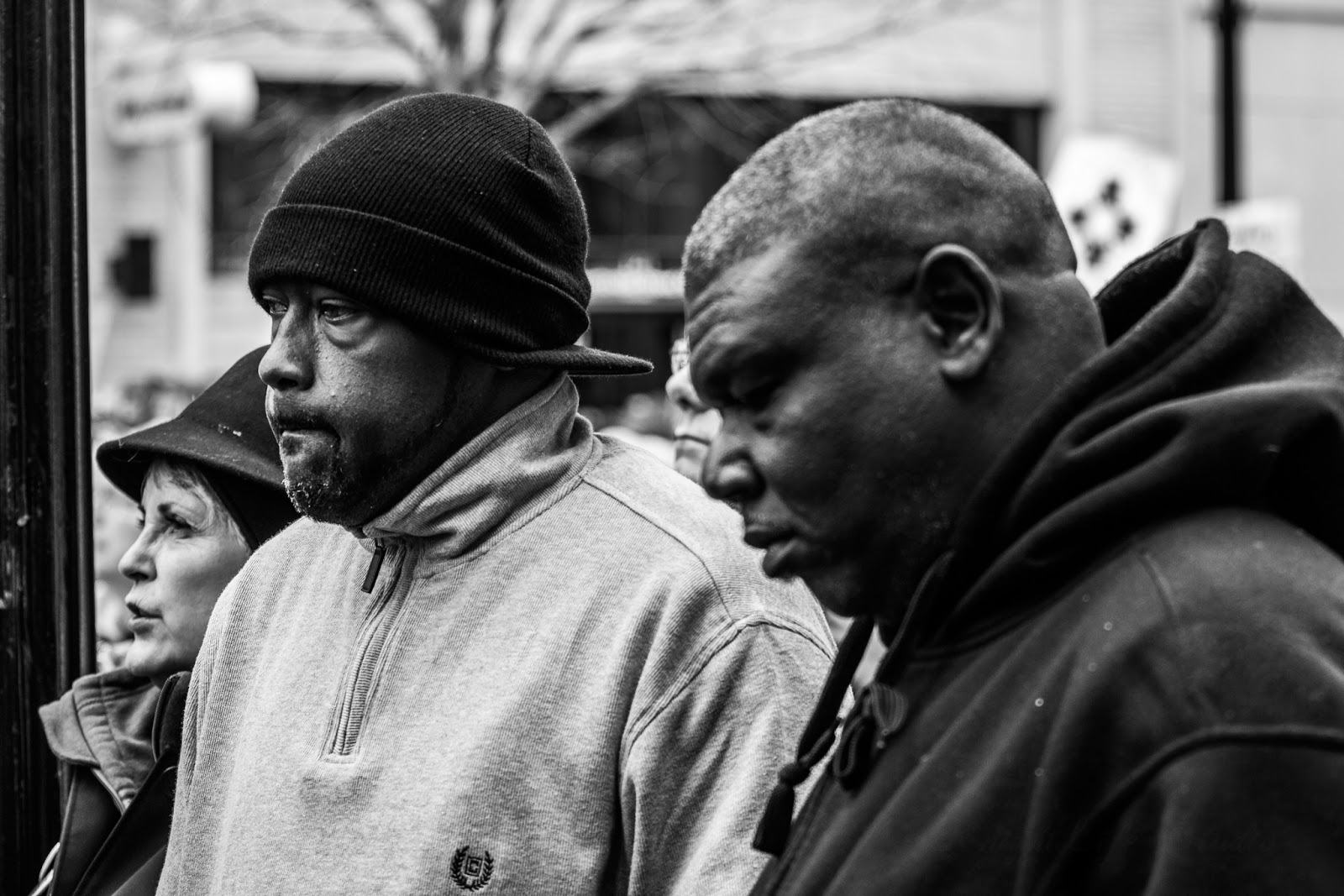 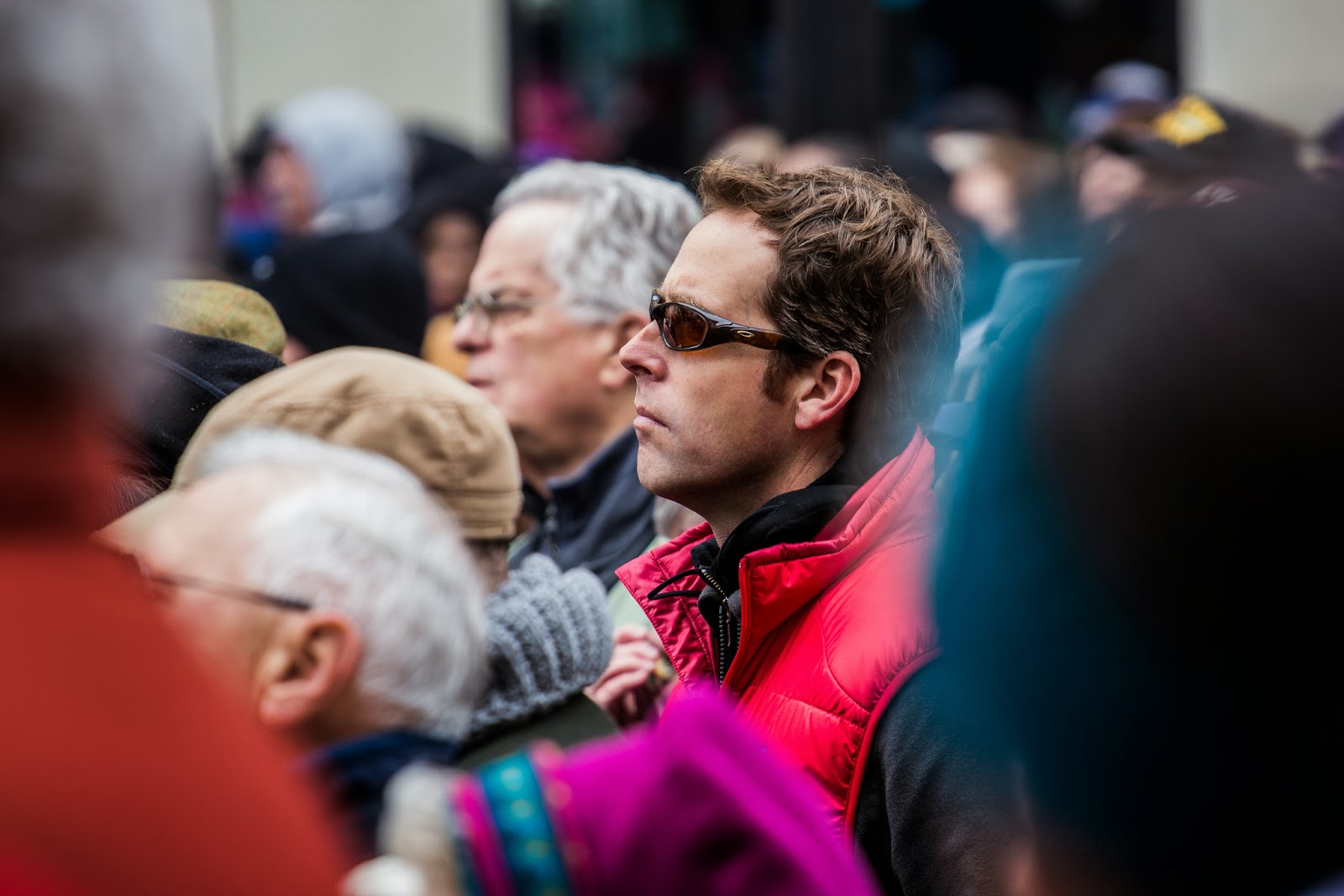 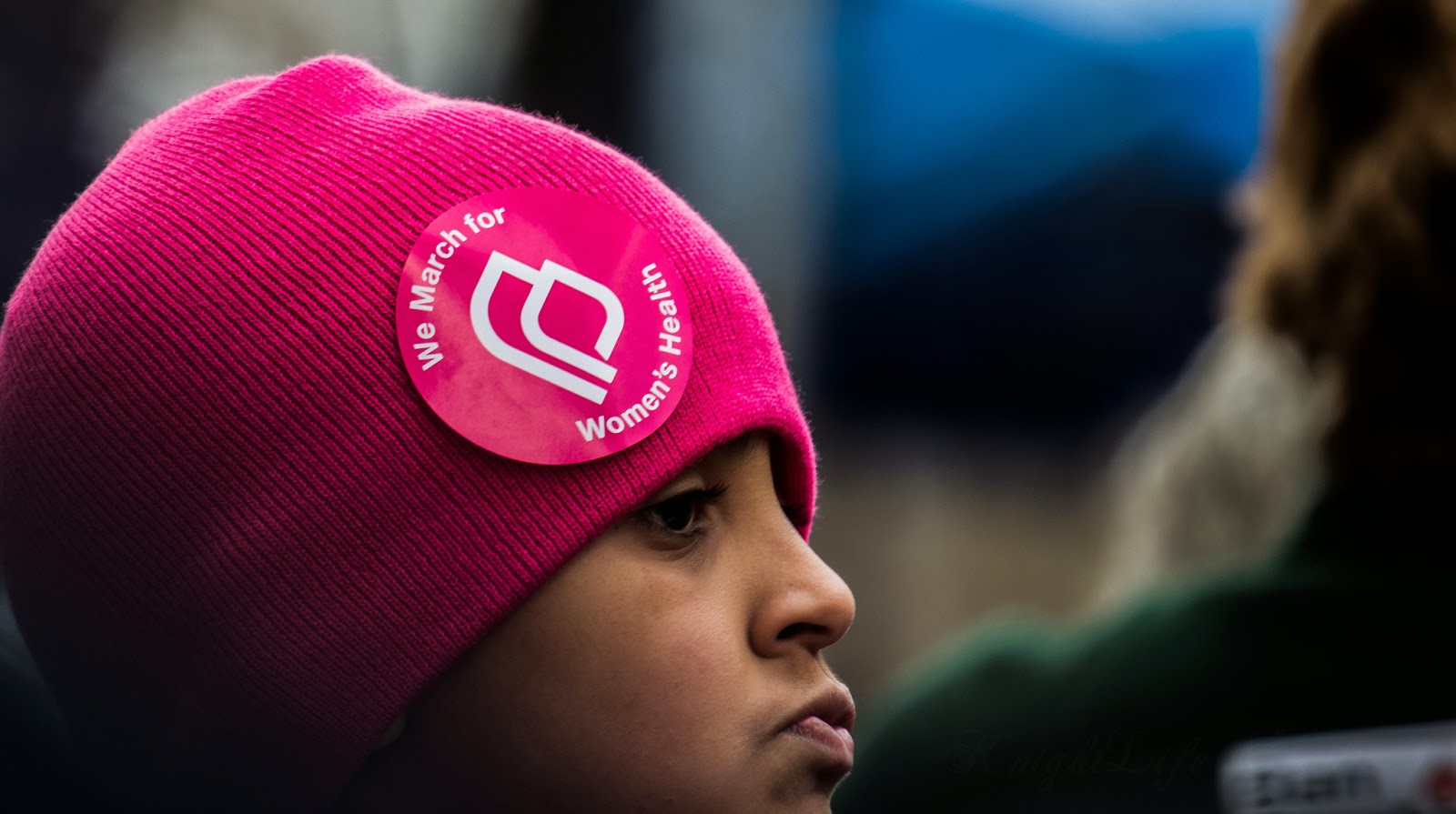 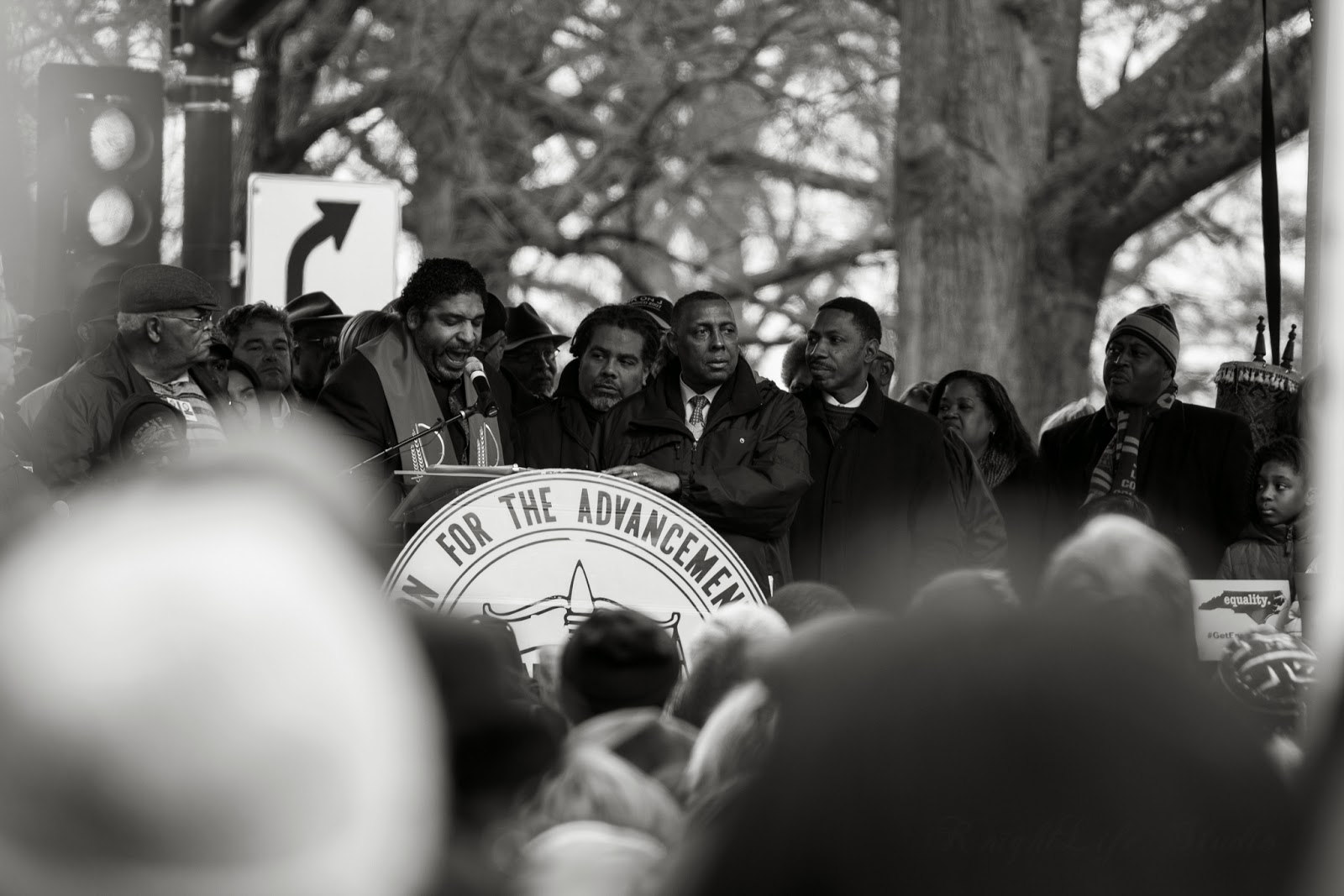 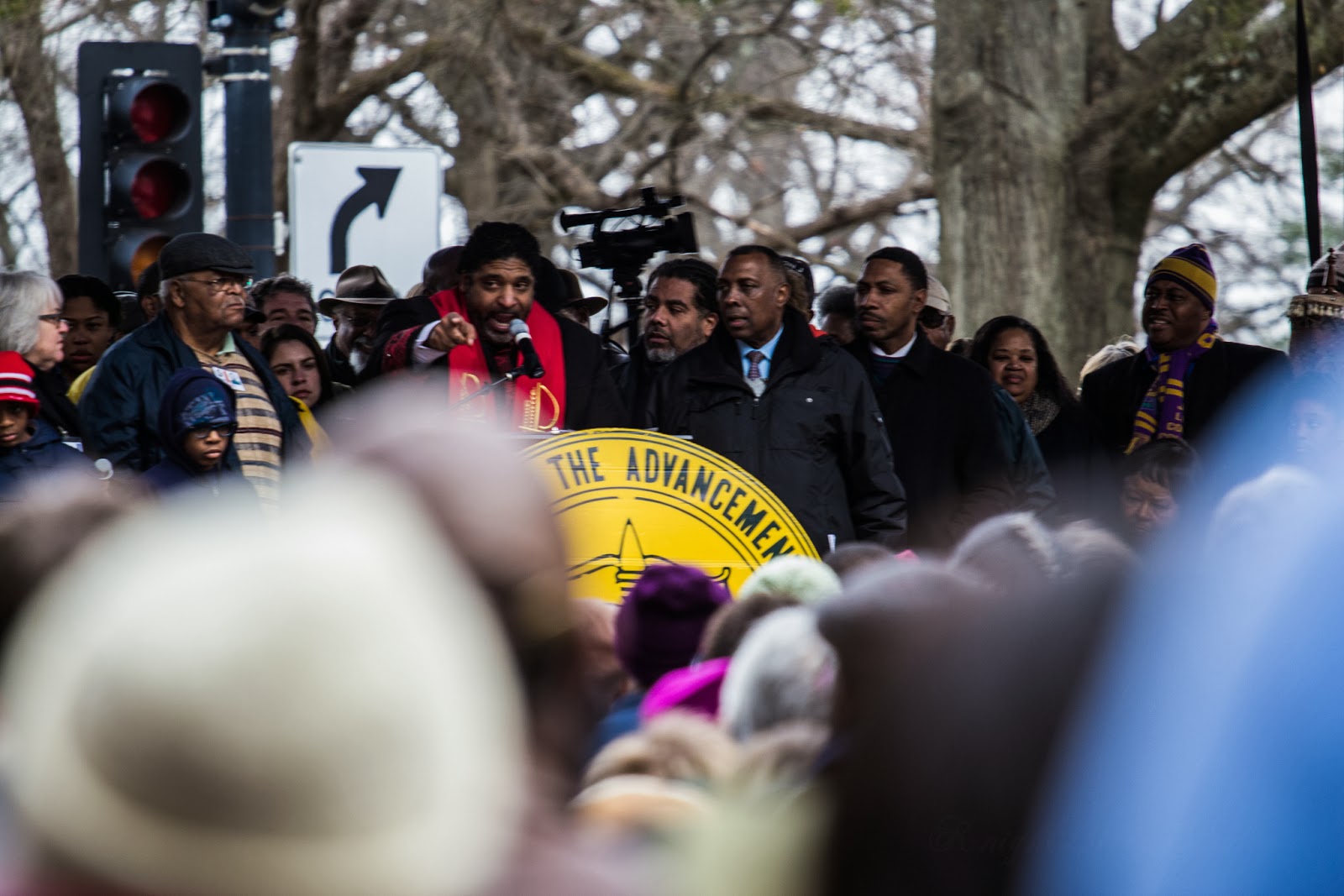