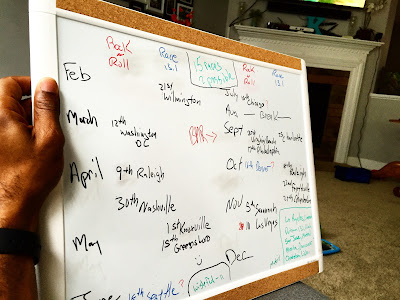 Something weird happens when a runner doesn't have a race to train for. We start to take extra rest days, Shorten our long runs while still eating like we're training for an ultra-marathon. I've been there before. It's how we experience set backs in our training.
When we do have a race to train for, everything becomes focused on that one goal. Every run, shoe and clothing purchase is geared toward having a great race.
Something else completely different happens when you've set yourself up for back to back races. That's what I've done. You can almost say I'm taking my running shoes on a tour of the United States.
Last week, I was presented with the awesome opportunity to be a Rock n Blogger.
That means I can run any of the 30 rock n roll races that I want and of course take pictures and blog about it along the way. 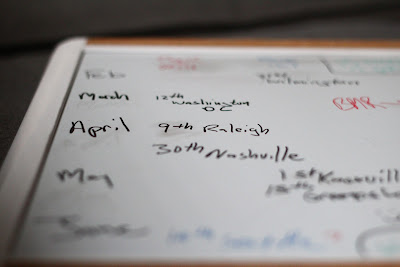 I hit the runner's  jackpot,.. Right?   At the same time, I have a season pass for the Race 13.1 series. It's another race series that got its start in the southeastern U.S. And has been growing.
This year, there are 18 races listed with more that could and should be announced.,, like the Durham race which turned out to be the biggest in the history of the series last year.
So, add those two race season passes together and  That's a total of 48 races. A monster year. An Epic accomplishment.
I'm not bragging,.. I'm freaking out.
Suddenly I have a lot of questions to answer, races that run on the same day and plans to get a passport.
The simple answer is.. I'll do as many races as I physically and financially can.
More questions:
Which races do I choose to run?
When do I rest?
How will I train between races?
Do I drive? Will I fly?
Are any of my running groups going to be there? 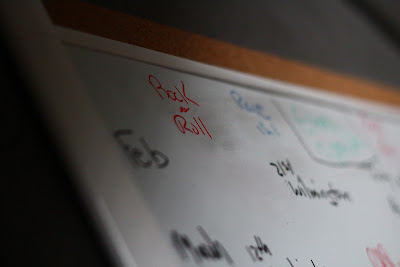 I know -- I'm still freaking out trying to answer these questions. It gives me the bubble guts. That's why I whipped out the Dry-erase board.
After compiling a list of all the possibilities in each race series, I wrote it all down on the board to make sure there weren't any conflicts.
This also helped me see where some of my race breaks would be... and where I could take some time off of training.
If money wasn't an issue and my passport was up to date, I'd be able to run something like 28 races this year.
Instead I'm targeting 15 races,.. Maybe 17 races this year.
Here's what I'm looking at so far:

Race 13.1 Wilmington Feb 21st - I signed up for this one as soon as I got the Season Pass. Running by the beach in the middle of winter? Yes, please. Also hoping for a flat and fast course. Race day weather doesn't really matter to me in this case. 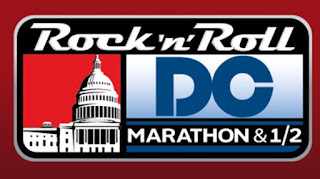 Rock n Roll Washington Dc march 12th - I've wanted to run DC since last year. I'll try to do some sightseeing before the race so I won't be distracted on race day. 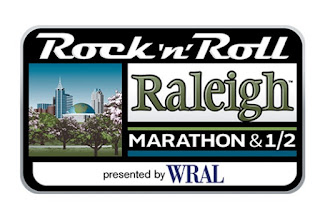 Rock n Roll Raleigh april 9th and 10th - I've run in this rave two years in a row. This is the race that reignited the crazy runner inside of me. I PR'd last year, but haven't been able to run at that level since then. This will be my 3rd race of the year after a month of rest and training. This should be good. Oh, by the way I'm also doing the 5k this year. A co-worker challenged me in this race. He used to be a distance runner but hasn't run in a while. He originally said he could beat my half marathon time. Now he wants to race me in the 5k. That seems like a more suitable distance to race someone. 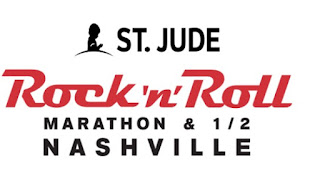 Rock n Roll Nashville april 30th* (haven't signed up yet) The weekend in Tennessee. Theoretically, I could Run Nashville on the 30th... then on my way back to Raleigh stop in Knoxville and run race 13.1 there. Sounds Crazy and awesome and painful and fun and tiring.... I discuss and make a decision on this after RnR Raleigh. I want to run Nashville because I hear it's a beautiful city AND I want to win Rock n Roll's Southern Charm medal. So, this race will definitely get done. I might run this as a training run or fun run with my GoPro, but I want the Southern Charm medal... so, Run I will, Finish I must.
Race 13.1 Knoxville, tn May 1 (haven't signed up yet) - see the previous note. Maybe this is a Volunteer race. I'm still deciding.
Race 13.1 Greensboro May 15- This is one of the races I signed up for before I knew that I was going to be able to run so many Rock N Roll races this year. I like Greensboro. I hear it's hilly. But they've also changed the race route from last year. So, It'll be another North Carolina City that I can say I've run in. This race will be run with about two weeks of rest and training. After a day or two off after Knoxville, I plan to go into strength training mode to prevent injuries. This will also be the last race for a while. It depends on Chicago.
Rock n Roll Chicago July 15-17th - This is a potential family trip to the windy city. I have been to the Chicago area once for a church youth conference... but I don't think we made it into the city. This could be a cool 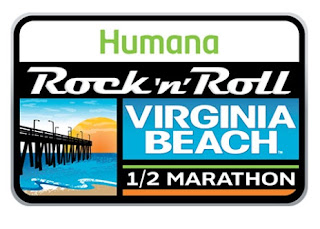 Rock n Roll Virginia Beach September 3-4 - I signed up for this Road Trip race late last year.... also before I knew that I was going to be a Rock n Blogger. It's another run on the beach. Flat, Fast Fun. Who doesn't like Virginia Beach. After taking the summer off and strength training (building up hip flexors, core muscles, back and arm muscles) this will be my first test of the fall race season. A busy race season with several back to back races. By Back-to-back I mean one race weekend after another. This is where I feel Like I'll earn my Medals.
Rock n Roll Philadelphia September 17-18* - Ahh, the City of Brotherly Love. It's where my grandfather has some of his fondest memories. I have tons of family and roots here. It's where the idea of Rocky Balboa was born. I also hear this is a flat, fast and fun race. A good race to run with two weeks off.
Race 13.1 Charlotte September 25th - I had a horrible experience last year. cramps kept me from having a good finish. Cramps in all my leg muscles. It was cold and raining. I'm going back for redemption. I should know where my level of fitness is after Philadelphia. It's also the regional meet-up for Black Men Run with a special medal and everything. I don't want to embarrass myself this time. No excuses.
Race 13.1 Raleigh October 8th - I've never done the 13.1 Raleigh. There's another race in the spring that I'm opting out of because of a scheduling conflict. This should be fun even without Lassiter Mill Hill.
Race 13.1 Fayetteville October 22nd -- I've never run in Fayetteville. It'll be another North Carolina City that I can check off the list. 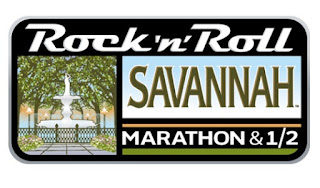 Race 13.1Charleston October 29th - I hear about how beautiful Charleston is. I guess I'll find out his weekend. Another back to back race weekend. Light training... strength workouts in between.

Rock n Roll Savannah November 5-6 - This will be my second year running Savannah. There's no reason for me to skip out on this race. My mom lives in the area... So, this will be fun.
Rock n Roll Las vegas November 10-13** - I really want to run this race. I've never been to Vegas before. Maybe a weekend getaway for the Wife and I. 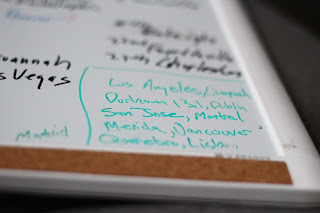 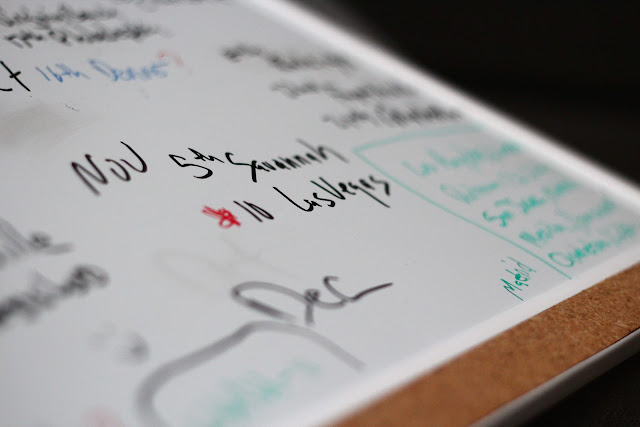 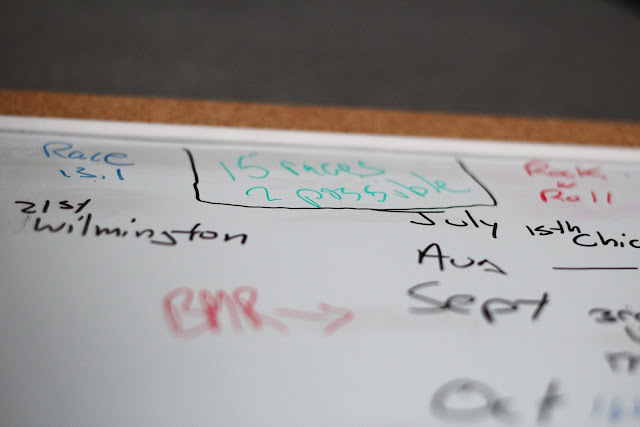 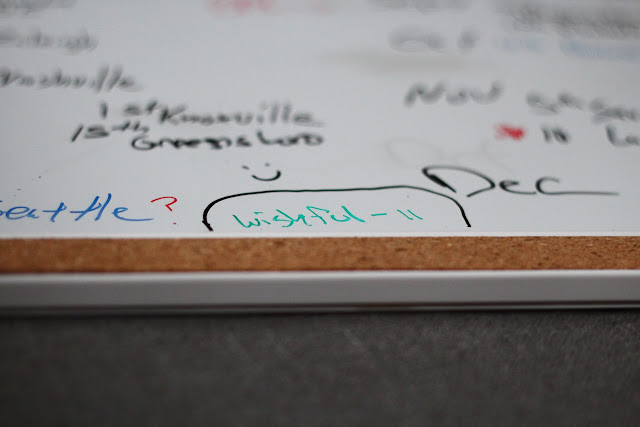