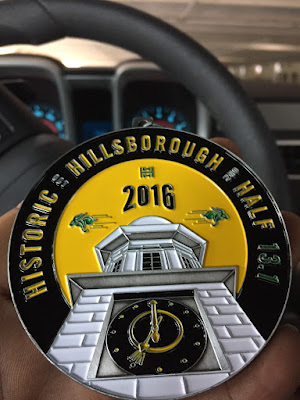 It's been a long time since I've posted here.
A busy election season, birthday parties and back-to back races will kind of so that to you.( yup, I just placed part of the blame on Trump and Clinton)  I'd hate to try and squeeze all of the updates into one post so stay tuned ,.. subscribe and prepare for a series of race reviews, headphone And electronics reviews and pictures.  It's all coming.         So after taking the whole month of October off, let's start with the inaugural Hillsborough Half. I love taking part in the first event for any race.  Plus, this time around, I was given a complimentary race entry thanks to a friend of mine at Mack Orthodontics. He's also a fellow BLACK Men Run member here in the Raleigh Durham Chapel Hill chapter. 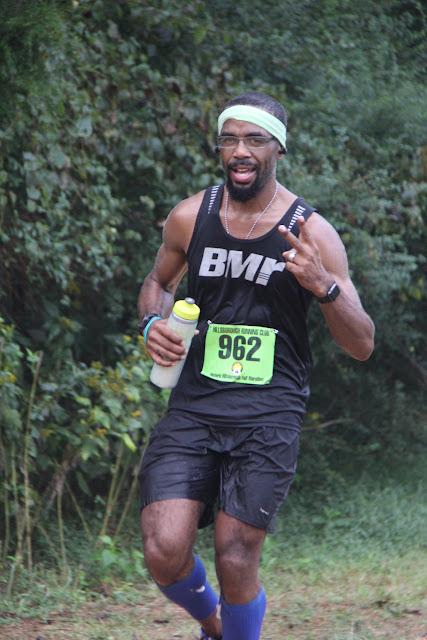 Anyway, if you run a race in Hillsborough... you might want to expect some hills. First clue: Hills-borough. It has bills in its name. Leading up to this race, I hadn't run a sub 2 hour race in months. Coming off of a tough summer training season, I found myself struggling to get back to my normal pace for weeks.
The strategy going in was to fall into a sub 9 minute per mile pace and hold that for as long as possible. Hydration: Nuun and water. No gatorade from the water stations on the course. Fuel: human gel packs.
Gear: BMR shirt, Legend Compression Sleves and Smart Omni Boots ( Wirelesś headphones.)
Most of the major hills were in the first half of the race. The first hill climb went from 510ft (elevation) to a little over 650 ft. Then back down to 500ft. all of that in the first 25 minutes. Over the next hour I took on another two major hill climbs before the course leveled out.
Packet pickup was easy. I got there early enough to beat the crowds. Gear check was also helpful. 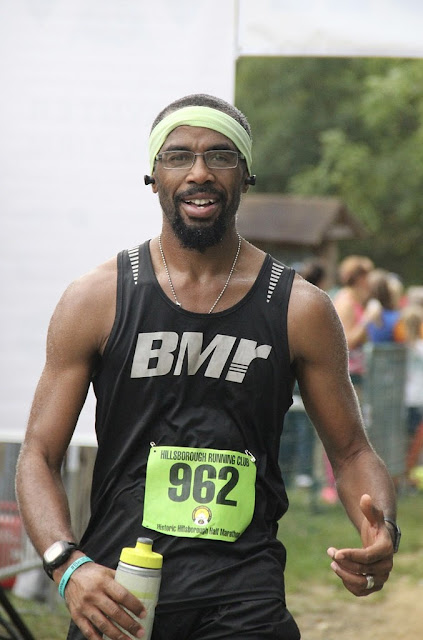 At the starting Line:
It was kind of hard to get started. This race was a simple gun start. So, no timing pad to cross at the beginning. Also, no corals or pacers and all the 5k runners mingled in. That first mile was just a warmup.
The course took us on a beautiful tour through Hillsborough. The trip down Churchton street was nice- it was dotted with historic markers, the iconic Colonial Inn, a museum. We also ran past the Burwell School, the Margaret Lane Cemetery and the Occoneechee Indian Village. Hillsborough' river walk was also a nice stretch. It's part of North Carolina's mountains to Sea trail. Near the end, there was a lap around the Occoneechee Speedway which is really just what remains of a race track. In the decades since the last NASCAR race was held here, the pine trees have taken over.  A footprint of the oval, the concrete bleachers/ stands and an old race car are all that remain. It's the only surviving dirt track from the inaugural 1949 season.
Unfortunately, by then - mile 11- my plan was beginning to fall apart. I ran out of fuel and I just could push any harder for some reason. I could've or should've eaten a better breakfast before the race.  Until then, I was on pace to match one of my fastest race times. I'm still happy with the time. 1:56. So, goal achieved. On to the next race right?
But wait, the best thing about this race: free race photos! 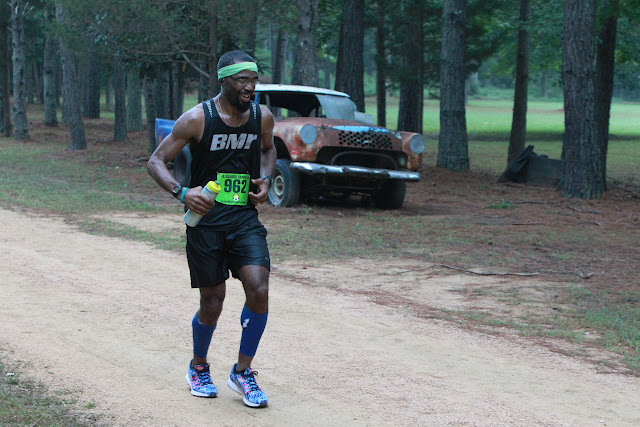 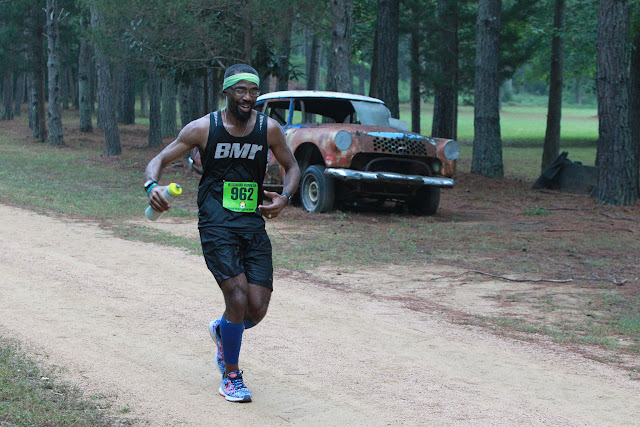 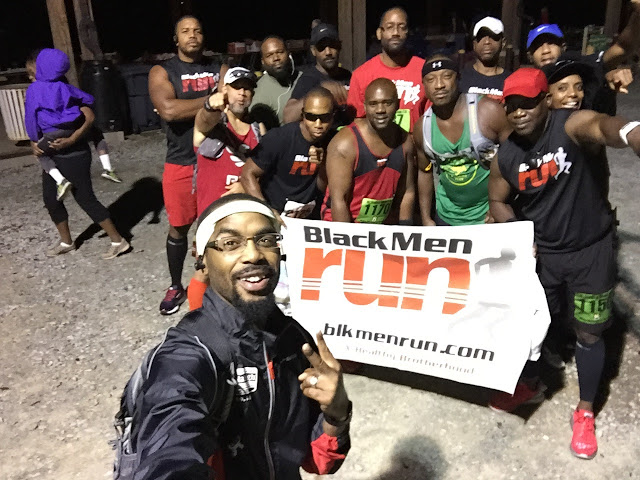 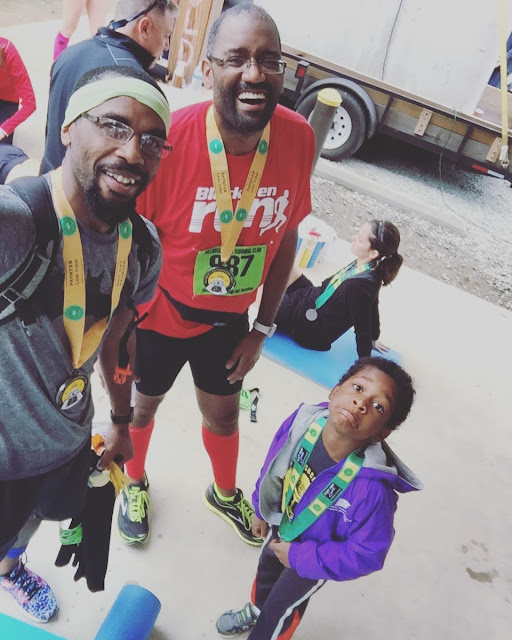 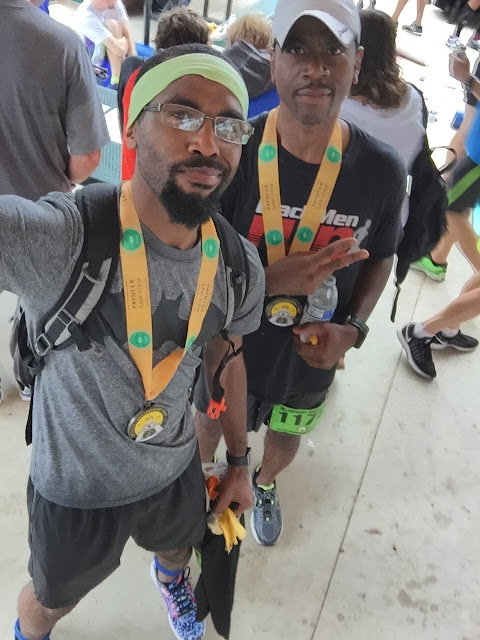 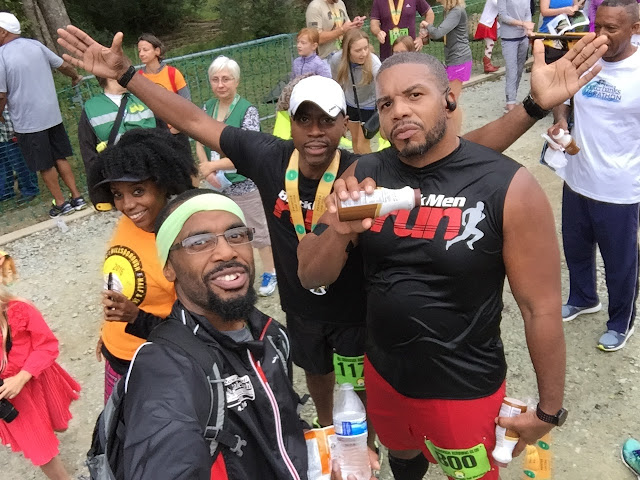 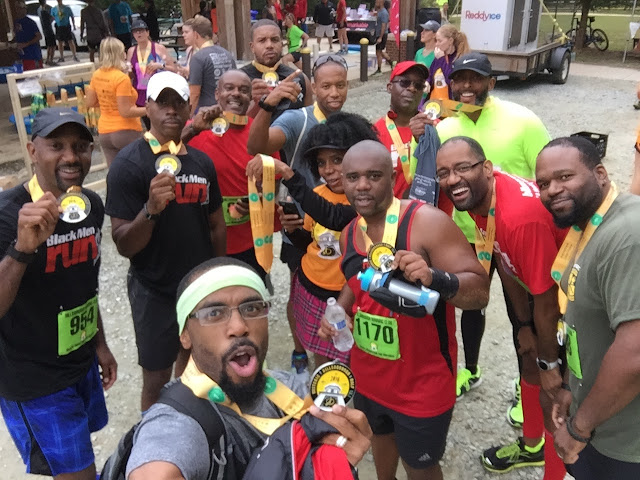