Skinny Turkey Half marathathon 2016 my 15 race this year 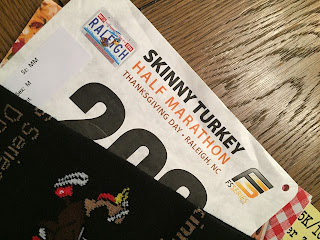 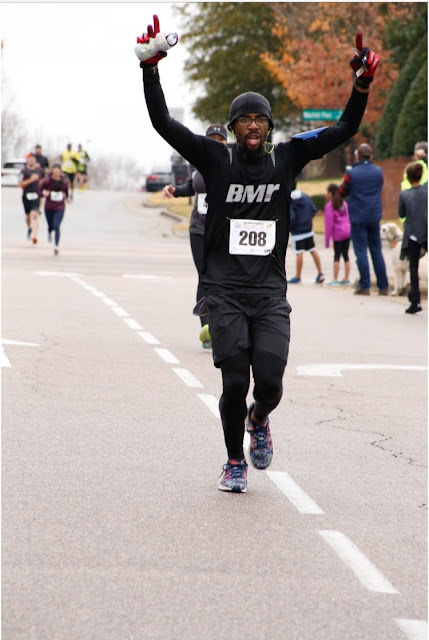 You can ask my family. I feel like I've always been the guy wanting to downsize Thanksgiving. Less food more fun, more family time. Healthier menu. I say healthier because there are some things you can't have thanksgiving without-- mac n cheese, sweet potato pie, turkey, ham, stuffing. What do you do to combat all of those calories? Smaller plate and exercise. That's why this year, I ran a half marathon on thanksgiving morning. There are a lot of reasons to run a race on thanksgiving. 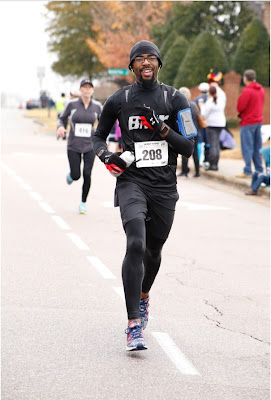 1. Bragging rights: because I'm either going to bore you to death or stir up some excitement if you ask me about running.
2. Excuses: it's an excuse to sit around with your feet up and watch football or the Macy's Parade or sleep-- or all at the same time.
3. Health: we'll burn some calories early in the morning and get the body's furnace going early. ( metabolism)
4. Psychological: I just trained and crushed a half marathon, do I really want another scoop? Do I really want another plate? Do I really need dessert? If I eat that then I'm just as bad as everyone else? Mind games.
Skinny Turkey is one of those cool local races. If you run this one and two others - City of Oaks and Race 13.1 Durham- you get a fourth finishers medal. I won't be getting the third medal this year because I'm not that cool. It does have its own cool medal and a cool mascot. The race is held each year at Wakefield High School in North Raleigh along with the Just Think First 5k. All of this is to support a school program that reminds teens to not drink and drive. It's the legacy of a tragedy at the school more than a decade ago. So add that to the list if reasons to run a race.
5. Charity: we can't all volunteer at soup kitchens. But we can run 3 miles or 13.1 to support good causes. 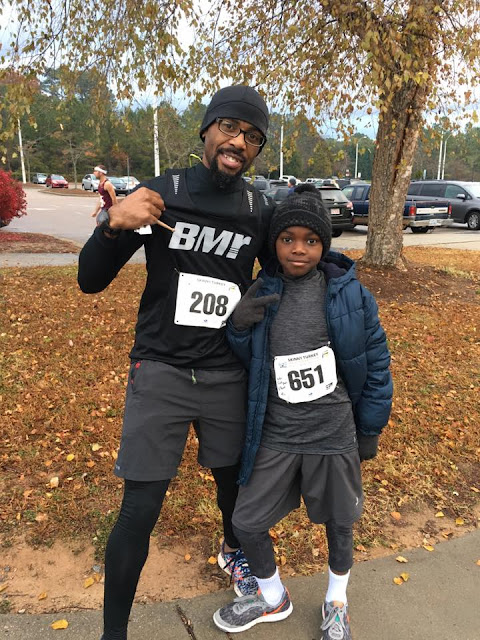 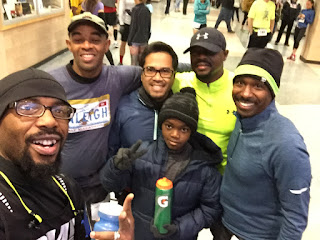 I took my son with me to packet pickup and he surprised me by asking to sign up for the fun run. Skip ahead to race morning. He's geared up to run an I find out After the race that instead of doing the fun run he takes off with the 5k group and does a whole 5k in 40 minutes.
Alright, let's talk about the actual race. The weather on race morning is cold but not too bad. I go with gloves and long runner tights. I know from the elevation chart that there are hills... A lot of them. I think I said to someone before the reach that there are hills, but after mile 9 it kind of flattens out. Well, not really.
The amount of elevation gain on the course was 996 feet. That's the most of any race I've run. There are hills from beginning to end with no flat sections. You are either going up, down or getting ready to do one of the two. 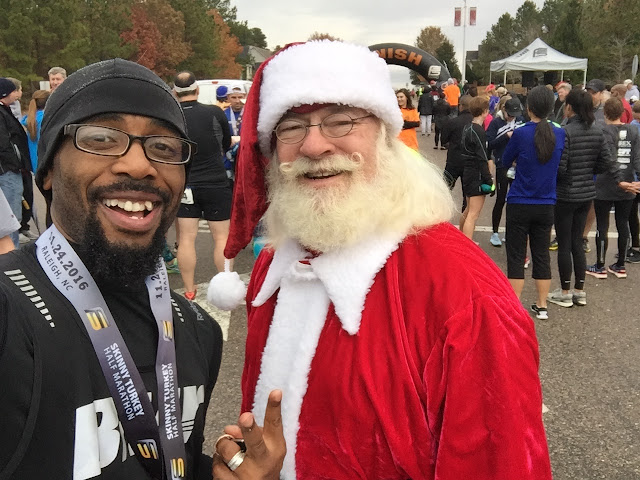 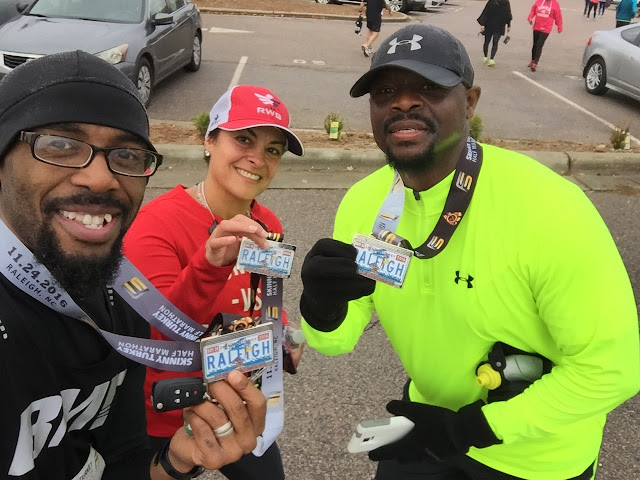 For an added challenge , there's A section of the course about 5 or 6 miles in where you loop back across the 5k runners. For about a mile or so, I had to keep reminding myself and willing myself to keep my own pace and not my 5k pace. I still wound up running a faster mile in that section. My game plan going in was to run the initial downhill section of the course fast but to hold back on the hills. I wanted to wait to attack the hills until later.
I like this race You run through some of the city's wealthy neighborhoods with big homes, large lawns, a golf course and nice cars. That's not important to me. All I see is hills and pavement.
No matter how you slice it, I'm proud of this race. I kept my average pace under 9 min/ mile and I was able to turn it up late in the race when it mattered.
No cramps, thanks to NUUN and HumaGel.
But I still feel those hills in my legs three days later. 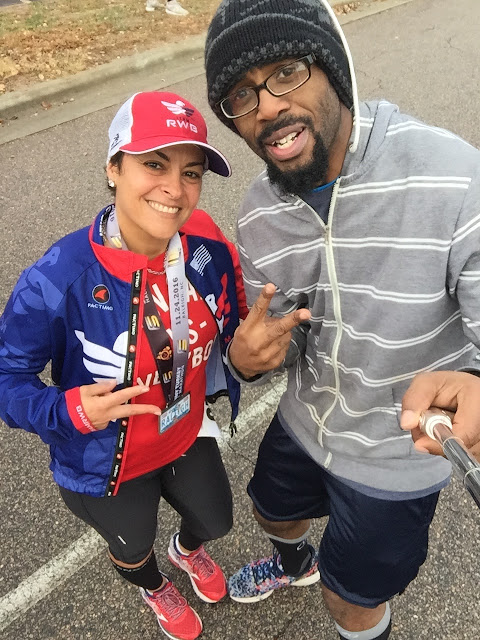 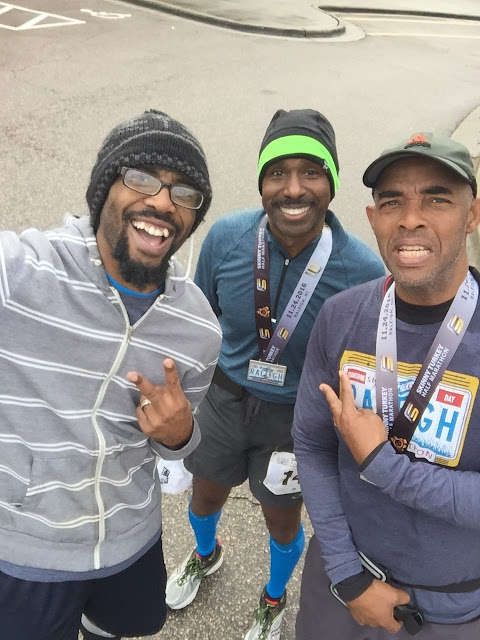 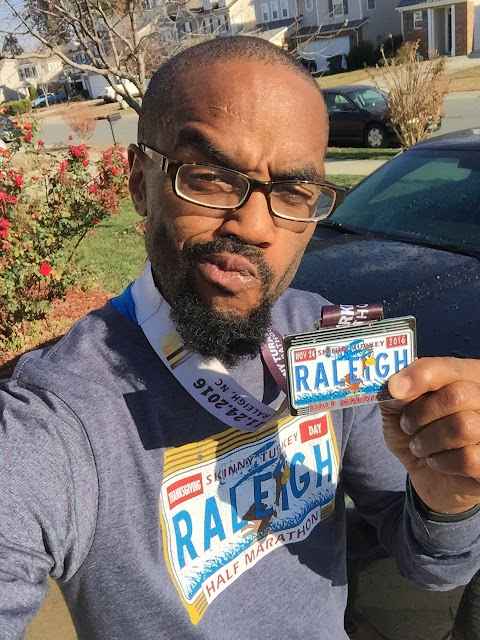