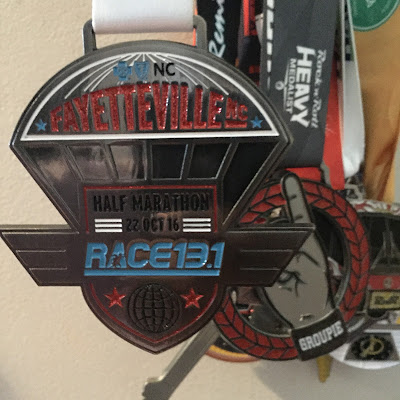 Next on my list of Fall races to review: Race 13.1 Fayetteville. It is important to note that this race was scheduled for October 22nd ... less than two weeks after Hurricane Matthew caused massive and widespread flooding all across Fayetteville and Eastern North Carolina. If a large rive runs near your home you impacted in some way. Months later, several communities are still recovering.
So, I was pleasantly surprised that this race even happened. The race directors did a great job communicating that there would be changes to the route because flooding and roads that were sill closed or trails that were still too dangerous. 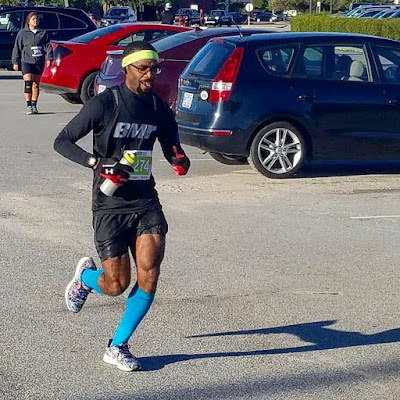 I was happy to volunteer for this race at packet pickup for the morning. I expected a rush of people just before the race but instead, I was surprised at how many bibs hadn't been picked up at all.
Race morning turned out to be older and windy -- more than I was expecting. But I was prepared. Well, I was prepared to run in the cold. It I was prepared to stand in the cold and wind for so long.
So, I jumped off the volunteer role and jumped into the crowd and took off.
I didn't think about strategy for this one, but I wanted to have a strong start. So, I targeted the 1:45min pace group. I was more than amazed that I was able to stick with them for the first four miles.
I guess allowing someone else to set the pace makes it easier.
First mile: 7:48
Miles 2, 3 & 4: 8:00 avg. 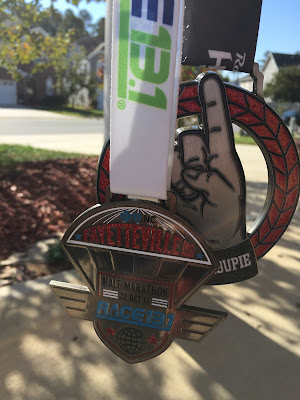 Ah yes, mile 4 is where the first turnaround was located. Right at the top of a couple of hills. No big deal. But my desire to keep up with the 1:45 pacer at this point may have hurt me.
Mile 5: 8:20.
And I stayed that range until mile 8 where I hit 8:55/mile. Highway miles are good for cars, not good for running. Not as bad as running on a treadmill but close.
Again, I found myself struggling for the last four miles. The averages dropped to more than 9:20/mile. But I recovered for the last mile. My energy was low and my running firm started to fail toward the end but I held on for a good 1:51 finish.
At this point, I think I found a good strategy. My thinking is that I'm not always going to be able to save energy for the end of the race. Everyone wants those negative splits. I'm happy to have those, but I'd rather have even splits.
So I basically need to work on late race leg strength, core strength, hip strength, form and focus to bring me to that next level.
On to the next one. 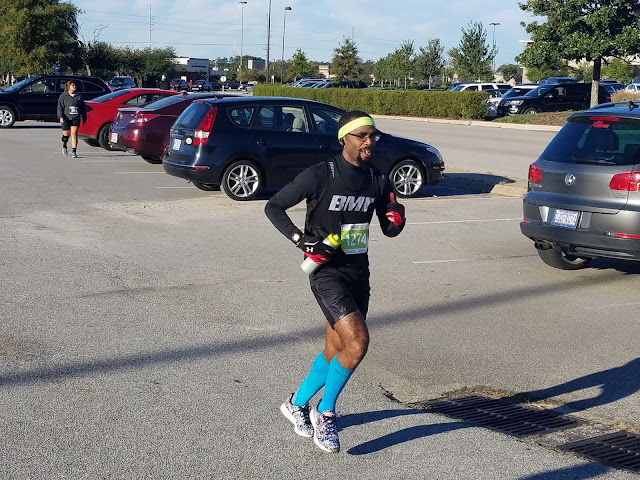 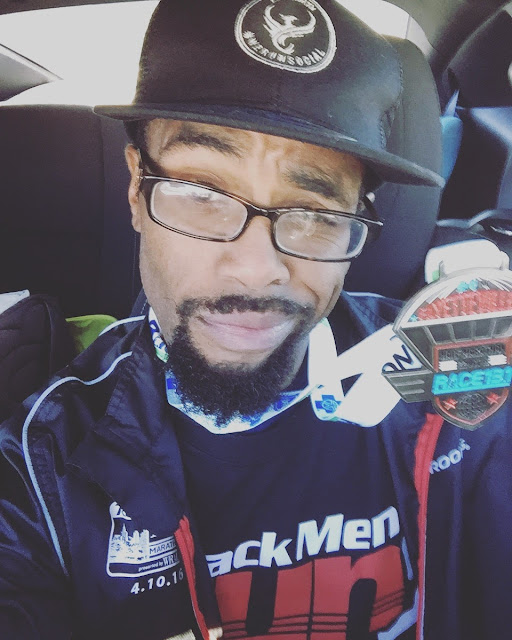 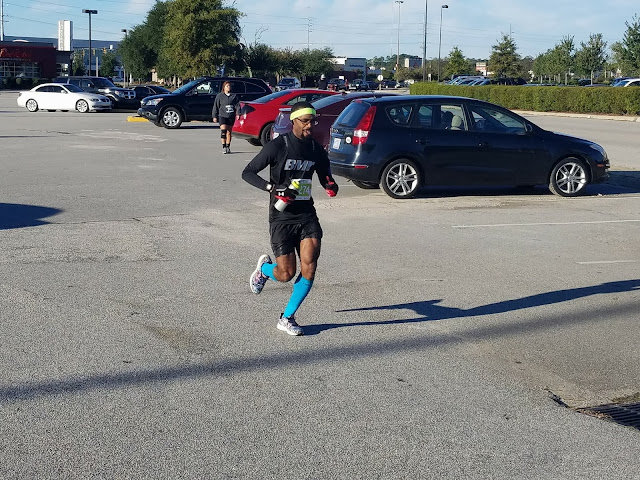 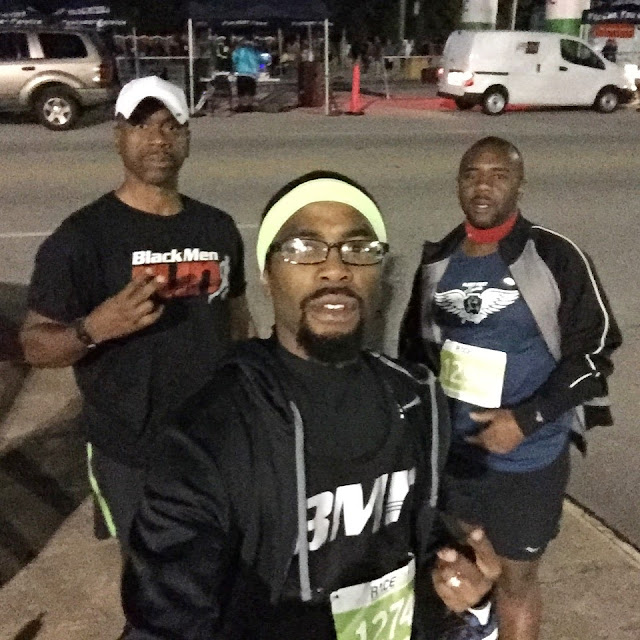 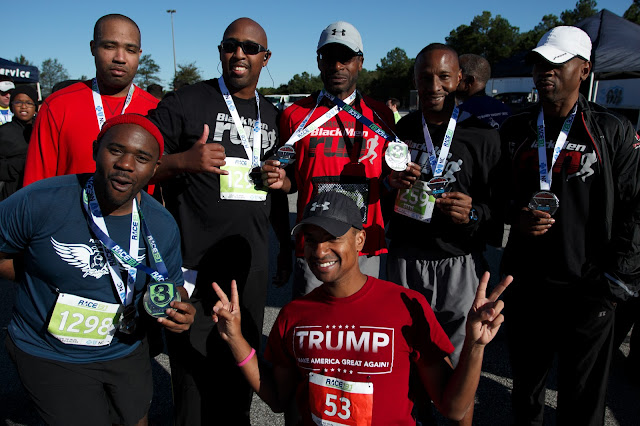