February 07, 2011
After that last post on lynching, I had to go a little lighter before I reach back to the slavery, the slave trade and Africa. Of course, I'll also look at some other things there is plenty to cover. Today,  I want to focus on the positive. Looking at all the great black inventors who created something to fill a void in our every day lives and make life better. They are the great problem solvers of our time. 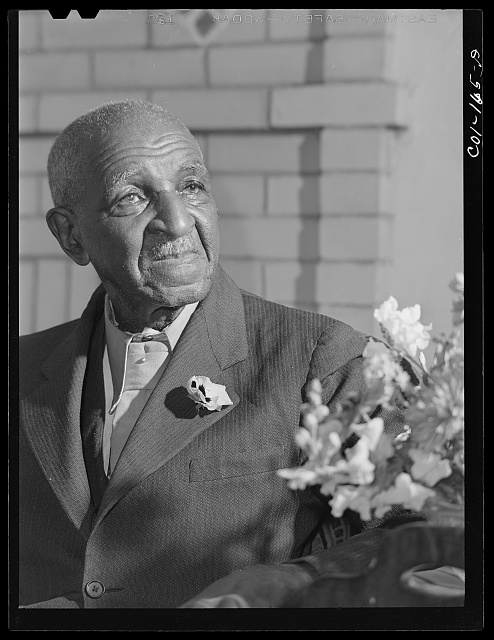 George Washington Carver is really the star of all Black inventors. His name is almost synonymous with peanut. By some accounts you'd think he invented the peanut. He actually discovery more than 300 different uses for peanuts including cooking oil, axle grease and printer ink. He was the first African American student at Iowa State University, and first African American faculty member. He then took a job as director of agriculture at Tuskegee Institute. He came up with a crop rotation method that created a surplus of peanuts, potatoes and pecans.

Benjamin Banneker the tinkerer... shows us how math is the key to invention.
Banneker was the son of a slave his grandfather a member of a royal family in Africa.
He was allowed to enroll in a school run by Quakers and did well in math surpassing his teacher. He later constructed the first Clock ever built in the United State by studying the workings of a watch and applying Isaac Newton's laws of motion. He was later known as a great farmer, astronomer and weather man... developing his first almanac to predict weather patterns and seasonal changes.


Now if you were at a Super bowl party this past weekend you probably enjoyed the fruit of this next man's invention.  George Crum the head chef at the Cary Moon's Lake House in Lake Saratoga, New York invented the potato chip. He discovered by making a mistake-- slicing the potatoes too thin.

Jack Johnson went from working on boats  in Galveston, Texas to the 'Colored Heavyweight Champion of the World" and a few years later the first "World Heavyweight Champion." He was sentenced to a year in federal prison under the Mann Act a law used to keep Black men from traveling with white women-- that woman was his girlfriend and future wife.After running from the law and hiding in Europe Johnson returned to the U.S. went to prison and that's were he invented a new tool we now call a wrench.

Garrett Morgan  working as a handyman In Cleveland, he learned the inner workings of the sewing machine and in 1907 opened his own sewing machine store, selling new machines and repairing old ones.
Morgan opened a tailoring shop, and developed a liquid to coat a needle that wouldn't leave the thread scorched by the friction of the needle. that liquid would eventually become the first human hair straightener-- perm. He also patented a breathing device we now know as a gas mask to help firemen go in a smoke filled house. in 1916 Garrett and his brother used the mask to rescued workers after an explosion in a tunnel being dug under Lake Erie.
He didn't stop there. He went on to invent the automatic traffic signal... to direct traffic and prevent accidents without a policeman present.


Granville Woods was  often referred to as the "Black Thomas Edison."
Granville Woods  began working in a machine shop at 10 years old... repairing railroad equipment and machinery. he moved around the country working on railroads and in steel rolling mills.


Woods, along with his brother Lyates, formed the Woods Railway Telegraph Company in 1884. The company manufactured and sold telephone, telegraph and electrical equipment. One of the early inventions from the company was an improved steam boiler furnace and this was followed up by an improved telephone transmitter and the telegraphony which could transmit voice and telegraph messages over a single wire.
Woods would later invent the induction telegraph to allow moving trains to communicate with station and better ways to send electricity to a train.. including the Third rail which is still used on subway systems across the country.

Madam C. J. Walker  had a tough life. Her parents- former slaves died when she was a child.She moved in with her sister when she was seven left at age 14 because of abuse. She married and had a daughter, but tow years later her husband was murdered by a white lynch mob. Under all the stress her hair began falling out. She had a dream in which 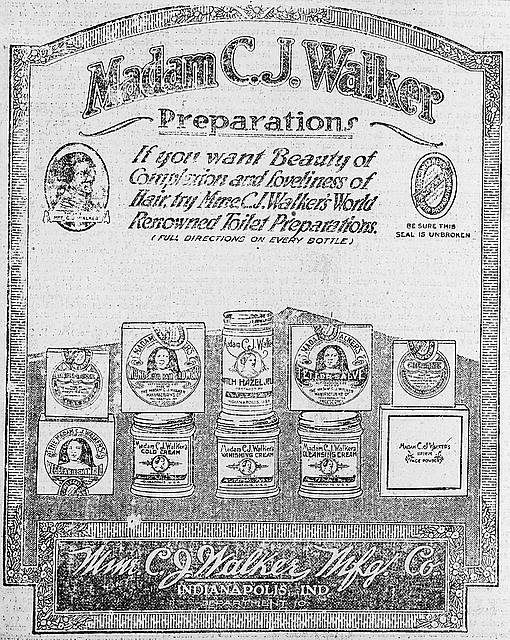 "big Black man appeared to me and told me what to mix up for my hair. Some of the remedy was grown in Africa, but I sent for it, put it on my scalp, and in a few weeks my hair was coming in faster than it had ever fallen out."

She filled a void for hair care products for black women opening a business just for Black women.
By 1914, the woman who only nine years earlier had only $2.00 to her name was now worth more than one million dollars.
Her products ranged from hair conditioners and facial creams to hot combs specially made for the hair of Black consumers.

Marjorie Stewart Joyner the granddaughter of a slave and a slave-owner became he first  Black women to graduate from the A.B. Molar Beauty School.

After Madame Walker's death in 1919, Marjorie was hired to oversee the Madame C.J. Walker Beauty Colleges as national supervisor. She went on to develop the "Permanent Waving Machine." and a scalp protector for it. She  became the first Black woman to receive a patent Daniel Hale Williams was the first doctor to perform open heart surgery. He was also the first to open a person's chest cavity with the patient dieing of infection.
Williams established the Provident Hospital and Training School Association, a three story building which held 12 beds,
The school served to train Black nurses and utilized doctors of all races.
On July 9, 1893, a James Cornish was stabbed in the chest in a bar fight. He was brought to the hospital with massive blood loss and having gone into shock.
Williams opend thee man's chest and saw damage to the man's pericardium (sac surrounding the heart), sewed it up and applied antiseptic before closing his chest. 51days later, James Cornish walked out of Provident Hospital completely recovered and would go on to live for another fifty years.