Photos of the Day: More experiments with fake HDR 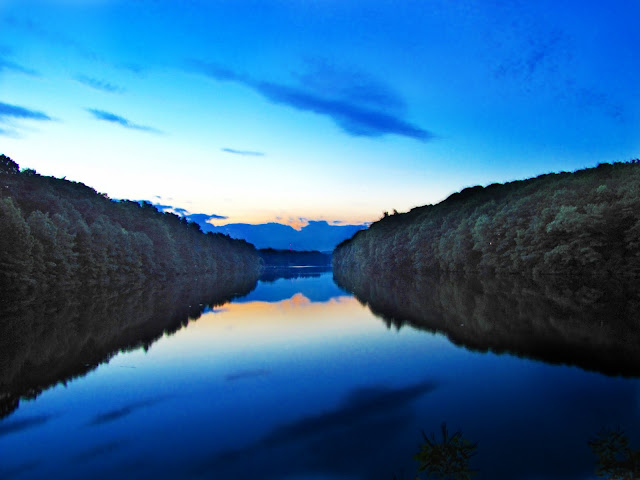 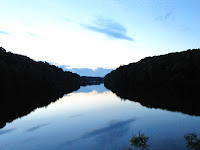 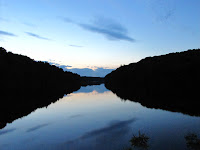 Hapy 4th of July weekend. It's a holiday weekend.. so a lot of opportunity to take pictures. But, I'm having more fun with fake HDR. This time I used the Bracketing feature on my Camera. Bracketing is a setting that will tell the camera to take three consecutive pictures of a scene. You can either do it at different focal lengths or exposures. Since I'm doing HDR, I used the exposure bracket.. hoping to get some more pop out of my HDR photos. It worked. Take a look at the main picture above and the two below. Both of the original pictures look kind of dark. You can tell that the one on the right is brighter by the color of the sky. That brightness was just enough to lighten up the treeline. So, after a little lightening of the shadows in photoshop, boosting the color and some other small tweaks I combined the two photos.
Here's a huge tip: Always use a tripod especially if you know you are going to combine more than one photo in post. This is actually three photos in one. I started out the day at the beach and tried to take some pictures without a tripod and  that definitely didn't work out. Check back here later for the finished product-- and how bad it look.
Huge tip number two: use your camera's 2 second picture delay. Believe it or not, but your shutter finger can ruin your first picture when your trying to take three bracketed pictures. It'll be ever-so slightly off. 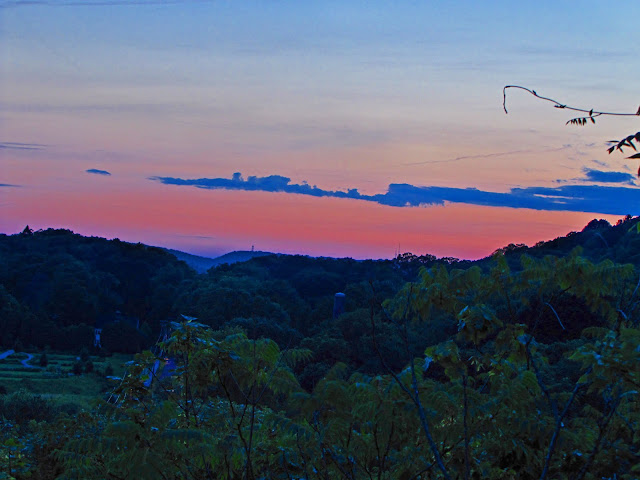 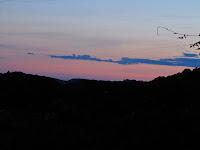 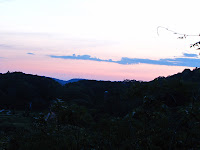 This is another example of using bracketing in HDR photos. I'm pretty sure this wouldn't work with a scene that has much movement, But I'm getting some pretty tight landscape shots. Again I'm using Photoshop elements 6... so there's no free HDR plugin. I'm not ready to pay for it.
So what is the benefit of using multiple exposures to create an HDR photo? -- range of exposure and that's the point of HDR having a High Dynamic Range! -- Peace


The three pics that didn't work 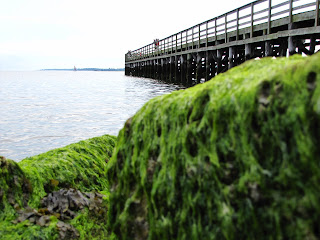 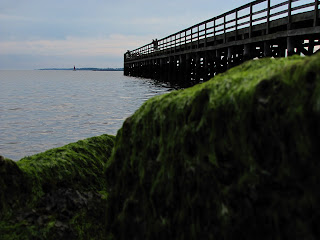 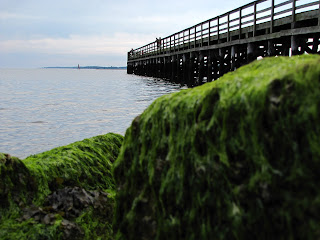