Trains are Better than Buses and Planes, Maybe 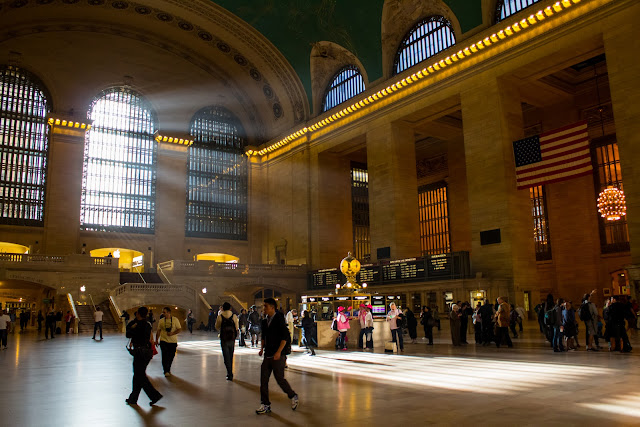 Okay so you can tell from the title of this post what I'm talking about. Anyone who has ever complained about traveling by airplane with kids, not having enough leg room, snacks, drinks, or TSA checkpoints hasn't had to travel by bus in the last decade.... I promise you! 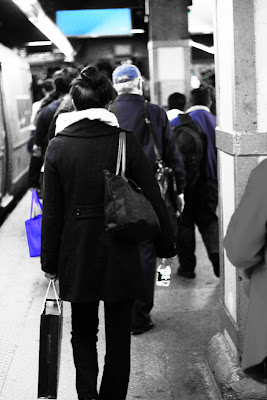 Recently, I took a bus from Raleigh to New York City where I boarded a taxi to the train station and on to New Haven. It was a long 10 hours. I don't know how some people do that on a regular basis. I think I need like a 2 to three month window between bus trips... if it's even necessary.
Bus trips compared to plane trips.... Let's see what's a good comparison. How about McDonald's and Five Guys or Honda and Harley (sorry I know nothing about bikes.)  I have nothing against bus companies. They do a fine job at what they do. So, I won't name any company names in this post. I'm not even mad at any particular portion of the trip. Sure the leg room was non-existent, customer service --- what customer service, the seats were hard and the ride was bumpy and shaky but I made to my destination and home in one piece - by the grace of God. 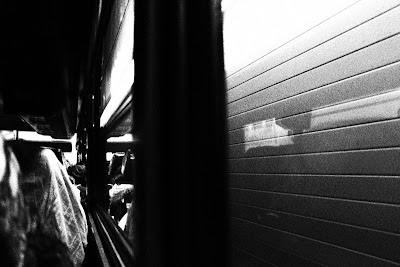 So, why do I love trains so much? Maybe it was the murder mystery book that I read one summer a long time ago,... maybe it was the train set that my dad had as a kid... lost and later had a replacement one bought for him... Maybe it was that I had never taken a train ride until I was well into adulthood (unless you count roller coaster and amusement park rides.) Whatever the reason, I think there is something almost romantic about train rides. Trains have been around for decades and decades and they are still chugging along as one of the biggest and safest forms of transportation in the world. When I read those old Sherlock Holmes stories, I used to always hear a train whistle off in the distance. In fact in my time I've seen the decline of trains in some ways.... old tracks being turned into running, jogging, biking and walking trails... and whole train companies having money problems.
Trains, buses and planes are all similar,...  They are similar because you are basically stuck in a box and confined to your seat with a bunch of strangers for a set amount of time. They all come with some risk and danger. But they are all also so different.... 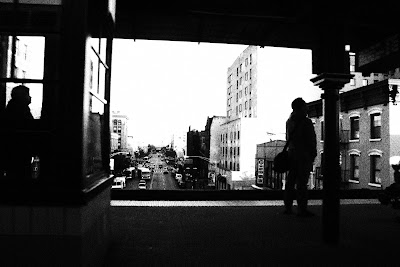 Boarding-
When you get on a bus all you really need is money a ticket and I.D.-- no hassle.
When you get on the train it's similar, although, from time to time you'll notice some security improvements.. all of which are not intrusive.
Planes are another story. We all know why we have to take off our shoes, belts, earrings to the airport. Basically, if you want to make it easy on yourself just wear sweatpants t-shirts and flip flops (I hate strongly dislike flip flops.) Then all that does is remind you of the dangers of flying.
Travel-- The Ride
It's been a while since I had to take a coach bus anywhere... but if my memory serves me correctly the ride is not supposed to be that bumpy (or as bumpy as my most recent ride.)

JayKnightLife.com ‏@jayklef5
I'm feelin every bump on i95. If I felt bumps like these in my car, I'd be checking for damage every 20 feet. #noshocks
Collapse
8:20 AM - 20 Oct 12 from Jersey City, NJ · Details 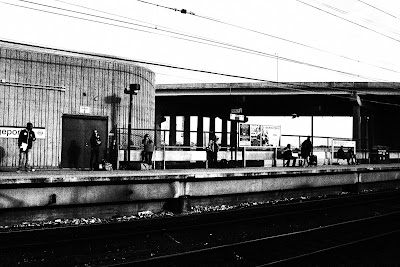 Trains on the other hand can also be bumpy, but it's a good kind of bumpy... like when you were a kid and you sat on your aunts lap and she would rock you to sleep... or bounce her leg really fast to get you to quiet down and go to sleep...
Planes are smooth. what else can they be when they are in the are. The only obstacles for places are turbulent air and takeoff and landing. But once you're up, the roar of those engines can put you right to sleep.

Comfort
I can only speak for the bus that I was on,.. and it was not comfortable on the way down. I managed to fall asleep a few times even though I didn't have a window seat on the way to New York. I admit it was much better on the way home with a window seat. Although:

JayKnightLife.com ‏@jayklef5This is the hardest, most uncomfortable seat. 8:02 AM - 20 Oct 12 from Carteret, NJ · Details


Trains can be comfortable, but it depends on what type of train you are riding in.   I hear Amtrak trains are very nice. Metro North (Connecticut) has two trains on the tracks. One of the types of trains is over 25-30 years old. The other type of train is basically brand new and much more comfortable. It also depends on what time of day you are traveling. You could get stuck standing for part, most or all of the ride.
Planes win out in comfort unless you can't fit in your seat or sit next to someone who can't fit in their seat.
You get the idea. Planes will get you there faster, buses will get you there eventually, train will get you there in style (I think I just made that last part up)
And taxis are the devil - just kidding -- but for real. They should stop trying to overcharge you then ask for a tip. They should slow down and not be in such a hurry all the time. I could say much more but pictures speak a thousand words.(take a look down below) No matter how you go, go. It was worth it for me to see family and friends again. I still need a window of healing though.