Durham, The Black Wall Street & The Home of the Black Middleclass 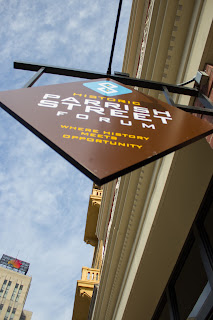 Every  time I start  a black History month project there's one story that grabs my imagination, heart and soul. West parish Street in Durham is one of those stories.
That was home to what became known as the "Black Wall Street." Black-owned businesses lined this street in the early decades of the 1900's.
Think about that for just a moment. Imagine what it was like to live in a Jim crow south where certain rest rooms, water fountains, movie theaters and parks weren't good enough for a whole race of people-- yet, in Durham North Carolina a "negro" could own a bank, insurance company, grocery store, drug store and become and entrepreneur.
Yes, Durham was the "Capital of the Black Middle Class." 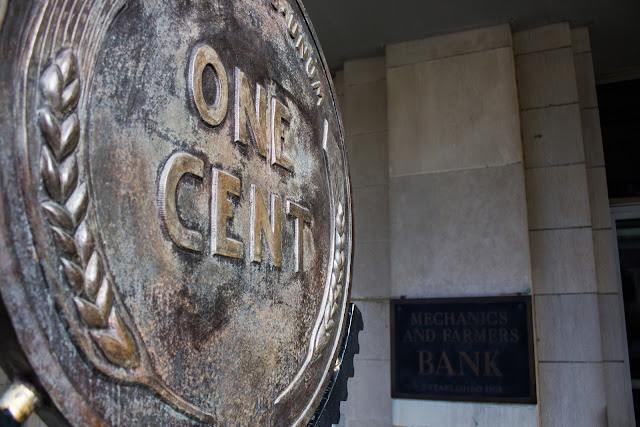 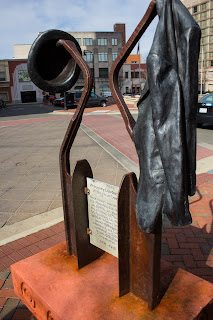 I don't think we've lost this spirit of entrepreneurship in this country let alone Durham. There are still a few who are holding up this flame and the area should serve as an inspiration to a younger generation.
There were dozens of businesses that were a part of every day life in Durham.  But two businesses were-- in my mind -- the gears that made Black Wall Street run. NC Mutual life Insurance Company is the oldest and largest African American Insurance Company.
There was also  Mechanics and Farmers bank and Mutual Community Savings Bank.
There is most definitely going to have to be a part two of this blog posting on Durham.
In researching the history of 'Black Wall Street, I came upon several sources that mentioned the writings of Booker T. Washington and W.E.B DuBois.
I really think DuBois accomplishes what I was seeking: and understanding of what it was like to live in Durham around the turn of the last century .1890-1910. His Essay is called: The Upbuilding of Black Durham. The Success of the Negroes and Their Value to a Tolerant and Helpful Southern City.


DURHAM, N. C., is a place which the world instinctively associates with tobacco. It has, however, other claims to notice, not only as the scene of Johnston's surrender at the end of the Civil War but particularly today as the seat of Trinity College, a notable institution........
In all colored groups one may notice something of this coöperation in church, school, and grocery store. But in Durham, the development has surpassed most other groups and become of economic importance to the whole town.
There are, for instance, among the colored people of the town fifteen grocery stores, eight barber shops, seven meat and fish dealers, two drug stores, a shoe store, a haberdashery, and an undertaking establishment. These stores carry stocks averaging (save in the case of the smaller groceries) from $2,000 to $8,000 in value......

A Southern community is thus seen to have it in its power to choose its Negro inhabitants. If it is afraid of ambition and enterprise on the part of black folk, if it believes that "education spoils a nigger," then it will get the shiftless, happy-go-lucky semi-criminal black man; and the ambitious and enterprising ones will either sink or migrate. On the other hand, many honest Southerners fear to encourage the pushing, enterprising Negro. Durham has not feared. It has distinctly encouraged the best type of black man by active aid and passive tolerance.
What accounts for this? I may be over-emphasizing facts, but I think not, when I answer in a word: Trinity College. The influence of a Southern institution of learning of high ideals; with a president and professors who have dared to speak out for justice toward black men; with a quarterly journal, the learning and Catholicism of which is well known -- this has made white Durham willing to see black Durham rise without organizing mobs or secret societies to "keep the niggers down."
To be sure, the future still has its problems, for the significance of the rise of a group of black people to the Durham height and higher, means not a disappearance but, in some respects, an accentuation of the race problem.
But let the future lay its own ghosts; to-day there is a singular group in Durham where a black man may get up in the morning from a mattress made by black men, in a house which a black man built out of lumber which black men cut and planed; he may put on a suit which he bought at a colored haberdashery and socks knit at a colored mill; he may cook victuals from a colored grocery on a stove which black men fashioned; he may earn his living working for colored men, be sick in a colored hospital, and buried from a colored church; and the Negro insurance society will pay his widow enough to keep his children in a colored school. This is surely progress.


So, I'll leave it there for now. I'll let that marinate. I want to talk about Booker T. Washington's visits to the city and Martin Luther King's visits including one that could have saved his life. But for now I would love it if you'd watch the YouTube video that I found below from a man who remembers what Black Wall Street looked like. His name is Kelly Bryant and it'll only take two minutes of your time. -- Thanks until next time.